Today we've released our first Hammer's Slammer Detachment Pack - essentially a complete army in a box. This initial offering is the Stewart Regiment, a Scottish-themed force based around our British vehicles and figures. The full force consists of nine vehicles and thirty figures weighs in at a hefty 2650-points in a Crucible game. 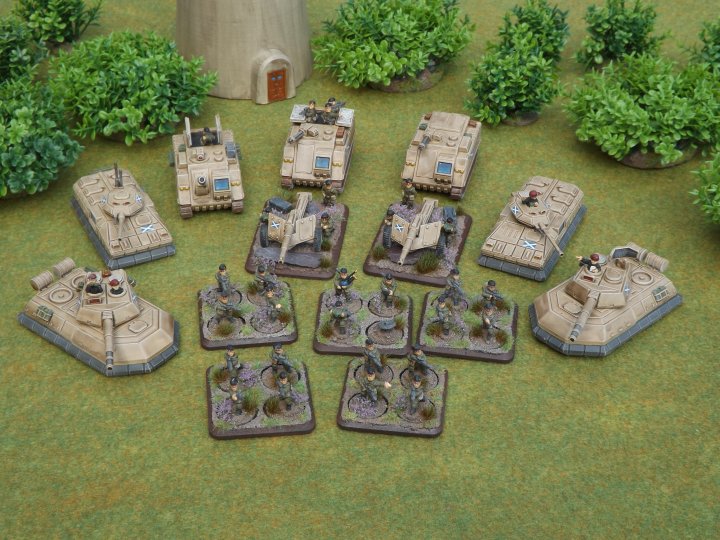 As well as the basic vehicles and infantry, the pack contains lots of extras such as vehicle crew, stowage, resin fireteam bases and even washers to base the infantry on. The full contents list is on our website.

The infantry figures supplied are our British infantry in Glengarry bonnets - these haven't previously been available from us, and are also available separately - we have rifle, command and support packs plus platoon packs both with and without APCs.

15mm Brigade Models New Release Sci-Fi
This entry was posted on Monday, August 17th, 2015 at 11:30 and is filed under News. You can follow any responses to this entry through the RSS 2.0 feed. You can skip to the end and leave a response. Pinging is currently not allowed.