We have a number of 15mm detachment packs available for Hammer’s Slammers:The Crucible, although none for the Slammers Regiment themselves. We’ve made some steps towards rectifying that by releasing seven smaller Troop packs, which are half-sized units each consisting of four TUs (tactical units – a vehicle or infantry team). The Slammers are powerful enough that these troops can stand up for themselves against many other forces full-size detachments. 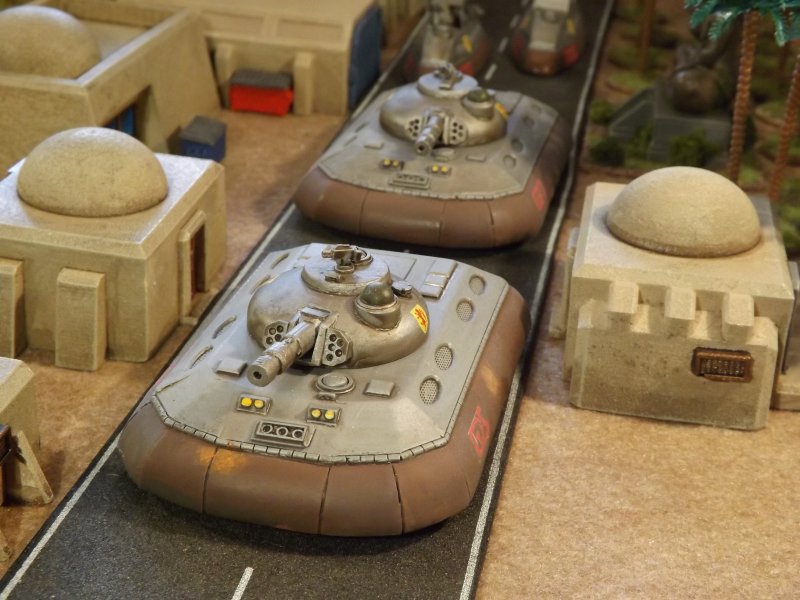 There are seven options available covering all the troops in the Hammer’s Slammers Troop Detachment List, covering mixed all-arms units, armoured and infantry troops and even a troop for the White Mice, the Slammer’s internal police section.

We’ve bought in the official Slammers infantry (both foot and skimmers) from Ground Zero Games, and all of the infantry packs also include resin fireteam bases. All of the packs with vehicles include a pack of stowage.

15mm Brigade Models New Release Sci-Fi
This entry was posted on Tuesday, June 26th, 2018 at 16:49 and is filed under News. You can follow any responses to this entry through the RSS 2.0 feed. You can skip to the end and leave a response. Pinging is currently not allowed.