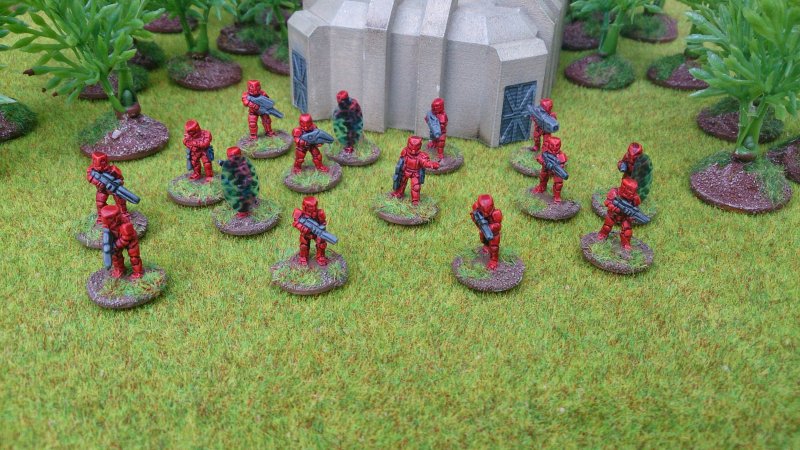 We've started to put the first of the former Armies Army infantry figures onto our website, a process that will continue as fast as we can get them painted. As there are over 300 figures altogether, this could take a while !

The first pack is the Penal Troopers, orange-jumpsuit-clad, explosive-collar-wearing, shotgun-toting ne'er-do-wells who have chosen a slim chance of freedom running suicide missions over a lifetime in the Gulag.

In addition we have two packs of Alien Infantry in hardsuits - we've designated these as 'Yenpalo' to accompany our existing alien spaceship range. The two packs consist of a ten-figure infantry squad and a five-figure support weapons pack.

15mm Brigade Models New Release Sci-Fi
This entry was posted on Wednesday, May 27th, 2015 at 16:03 and is filed under News. You can follow any responses to this entry through the RSS 2.0 feed. You can skip to the end and leave a response. Pinging is currently not allowed.