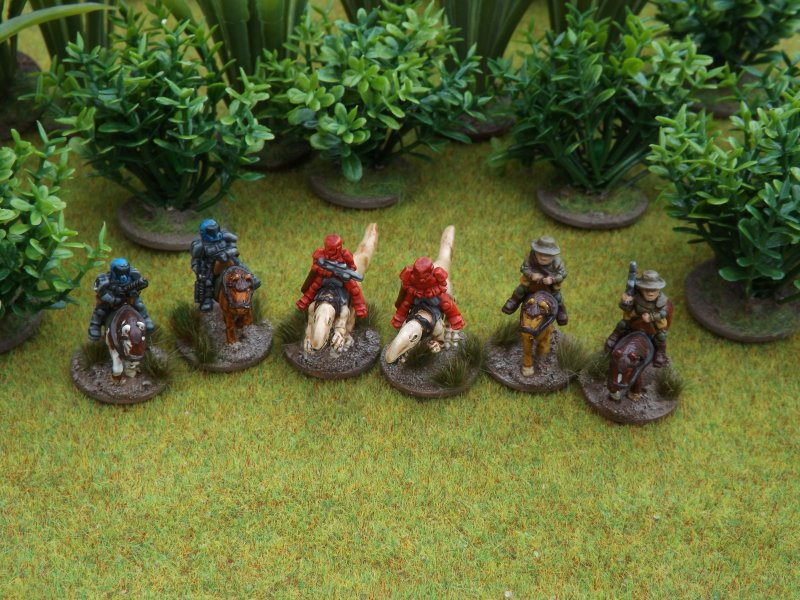 Slightly delayed by other activity around Brigade Towers, we have some new releases in the form of some 15mm SF mounted infantry figures.

There are three types of rider and two mounts. We have low-tech humans in the form of South African infantry in bush hats and fully armoured PacFed troopers as well, both mounted in horses. We also have alien Yenpalo figures mounted on some rather ferocious looking Raptor-like lizards, all sculpted by Martin Baker. It's possible to select the alternative mount for each figure, so you can buy either human figure type with lizards or the Yenpalo with horses should you wish.

15mm Brigade Models New Release Sci-Fi
This entry was posted on Wednesday, November 18th, 2015 at 18:42 and is filed under News. You can follow any responses to this entry through the RSS 2.0 feed. You can skip to the end and leave a response. Pinging is currently not allowed.