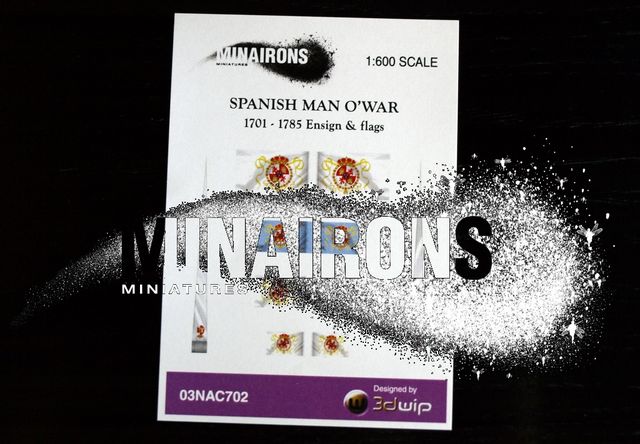 We've released our first 1:600 scale 18th Century Naval flags set, devoted to Spanish warships between 1701 and 1785 –quite roughly, the lapse of time between the War of Spanish Succession start and the American Revolution aftermath.

Under rule of the new Bourbon dynasty, Spanish flags at sea changed quite drastically with regard to previous centuries, now showing the royal arms on a plain white field --for white was the Bourbon livery. Here below you can see a couple of such flag sets used on a frigate and a brig from Peter Pig.

1/600 historical minairons New Release
This entry was posted on Friday, May 18th, 2018 at 09:25 and is filed under News. You can follow any responses to this entry through the RSS 2.0 feed. You can skip to the end and leave a response. Pinging is currently not allowed.