5 Leagues From The Borderlands 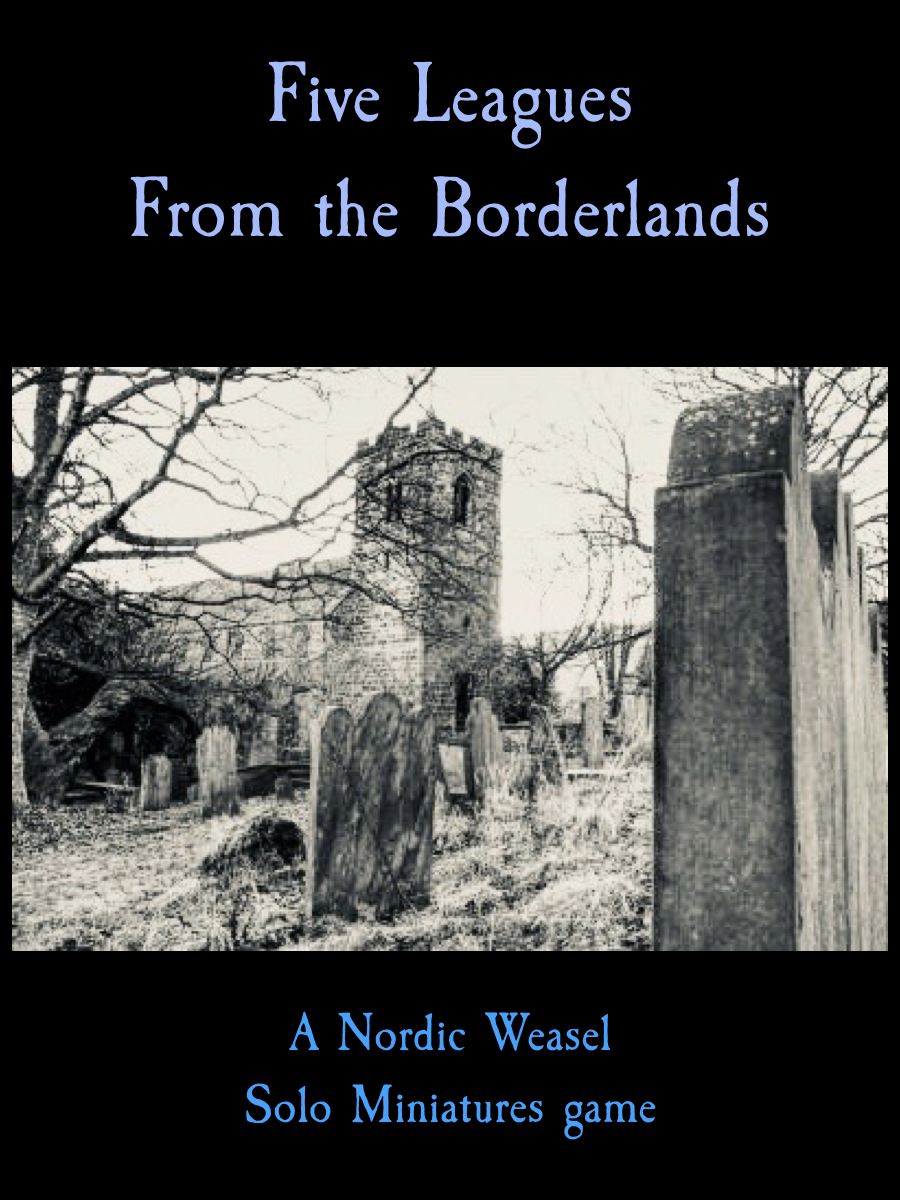 Welcome to the edge of civilization, where brigands rule and where the shadows are long.

Five Leagues From the Borderlands is a set of solo miniatures rules for fantasy campaign games.

Taking inspiration from gritty "medieval-fantasy" like The Black Company and Harn, this is a world of brutal combat and ever-present danger.

With a handful of miniature figures, your dice and these rules, you can adventure in the war-torn Borderlands, fight tactical battles against evil and hopefuly get a few coins in the process.

Your characters will advance as you go along, find loot and might even make it to the end.

Five Leagues is a descendent of the Five Parsecs series of games, offering a game experience written specifically for Solo Players:

That means that all the mechanics you need are built right into the rules, instead of being an afterthought stuffed in the back of the book.

We've aimed to make the mechanics simple and straight-forward, to make it easier and quicker to play on your own.

And the adventure and encounter tables will do pretty much all the set-up for you.

Please be advised this is a tactical game: You will need miniatures, tokens, markers or something else to represent your characters in combat.

A typical battle will have 8-10 figures on each side.

This game is intended for Solo players, though it can easily be played with a friend: Just split the party between you and enjoy adventuring together!

This is a complete game: You get character creation rules, encounter rules, a town action system and mechanics for factors such as Luck, Will and Story Points to tailor your game.

Please note that this is NOT a dungeon crawling game, its a game of tactical fantasy action.

Fantasy New Release Nordic Weasel Games
This entry was posted on Friday, June 15th, 2018 at 10:27 and is filed under News. You can follow any responses to this entry through the RSS 2.0 feed. You can skip to the end and leave a response. Pinging is currently not allowed.