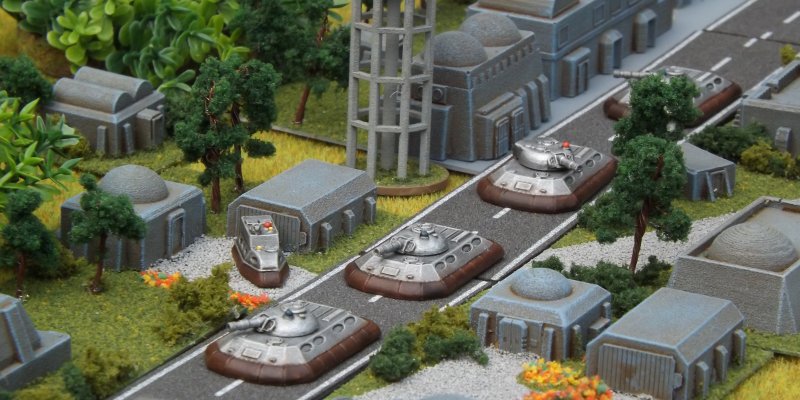 We’re very pleased to announce that we’ve teamed up with John Treadaway, co-author of the Hammer's Slammers: The Crucible rulebook, and Ainsty Castings to create 6mm versions of the approved Hammer's Regiment vehicle designs.

Our initial release is of the core vehicles needed for a Slammers detachment – the M2A4 blower tank and the M2A4F command variant, the M9A1 combat car and M9A4 command variant, and the A21 jeep. These new models have all been created digitally and are cast in pewter, while the combat cars are supplied with etched brass splinter screens.

Infantry, both on foot and on skimmers, are available from Ground Zero Games, although we have some stocks which we’re using to create army packs (for individual packs of figures you can contact GZG directly).

Future releases will include further variants of the M2 tank and M9 combat car as used by other mercenary units, plus the uparmoured variants used by the Slammers Regiment in their later days. We will also be releasing ambulance and cargo variants of the combat car, a mortar jeep and artillery hogs to complete the Slammers’ ToE.

6mm Brigade Models New Release Sci-Fi
This entry was posted on Friday, August 19th, 2016 at 18:23 and is filed under News. You can follow any responses to this entry through the RSS 2.0 feed. You can skip to the end and leave a response. Pinging is currently not allowed.

One thought on “6mm Hammer’s Slammers”