The RDF have always struggled against the Junker Insurgents and their tactics.
So they have equipped themselves with HARD suits.

Heavy Assault Rapid Deployment, designed to ride on the open top ASP KVW skimmer, they tear across the ground into the thick of it and bail out hitting the ground running and firing, an instant shock delivery system.
These power armour suits have their own atmosphere and pack shoulder mounted missiles, and wrist mounted mini-guns that can deliver a devastating torrent of fire.
Both these weapons are capable of firing at the same time but also at different targets, making these soldiers quite possibly the most lethal on the battlefield, capable of taking our vehicles and infantry in the blink of an eye.

The pre-orders have been shipped and stock is now good.
Get your imposing HARD suits and expect new versions in the pipeline, including the Tankbuster variant.

These suits are those of Alpha Squad as you many have noticed from the colour designation.
Below, Major Kemp stands outside his own personal number 1 HARD suit. 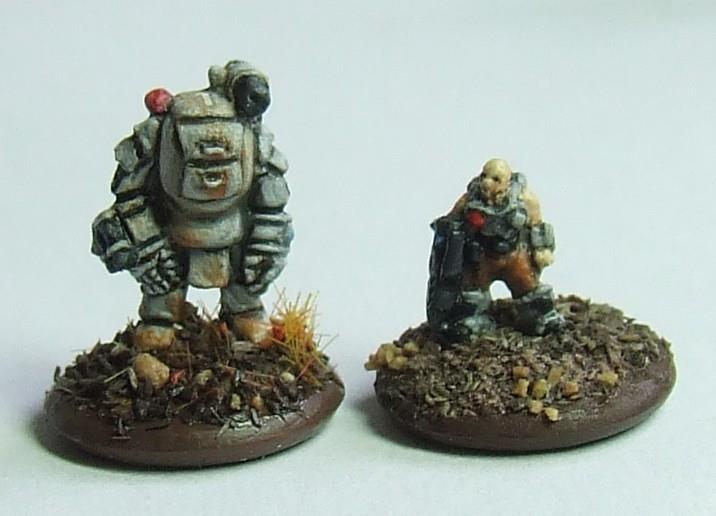 (some say he has a mug of tea in there)

6mm Angel Barracks New Release Sci-Fi
This entry was posted on Monday, September 5th, 2016 at 14:01 and is filed under News. You can follow any responses to this entry through the RSS 2.0 feed. You can skip to the end and leave a response. Pinging is currently not allowed.