The first batch of Albedo Miniatures plus terrain set are available to pre-order from 24th September, to ship early October. We are making the first two unit packs available prior to running the Albedo Kickstarter for two reasons.
Firstly we would like gamers to be able to check out the quality of this new range of miniatures prior to backing its development through kick starter.
Secondly we want people to be able to start gaming using the free introductory rules that will be available to download once the kickstarter is live.

We are also making available nine different packs of anthropomorphic heads and tails to enable figure converters to transform a wide range of existing miniatures into 'critters'.

Albedo is a world invented 30 years ago by Steve Gallacci in his comic series, Albedo Anthropomorphics. This world is populated by sapient mammals and avians.  There are two main factions: ConFed, whose forces include Extra-Planetary Defence Force (EDF), (These are peace loving, socialist societies made up of a wide range of species) and the Independent Lapine Republic  (ILR),  a ruthless, capitalist, expansionist grouping of rabbits and hares.

Albedo Miniatures are 28mm Heroic Scale miniatures designed to be used with Albedo Combat Patrol miniatures rules or with a wide range of role playing games such as Albedo RPG, Traveller, GURPS, Gamma World etc. The miniatures in the range have been designed as multi-part metal castings consisting of a body (torso and legs combined), a pair of arms (where possible a pair cast onto the weapon), and a head & tail sprue.

Finally, the miniatures are designed to accommodate a separate head and tail. A growing range of heads have been sculpted including EDF uniform helmets (Cat, Dog, Fox), ConFed Home Guard style berets (Cat, Dog, Fox), ILR forage caps (two rabbit variants), ILR Garrison peaked caps (three rabbit head variants), bare headed (Cat, Dog, Fox, two Rabbit variants). The head & tail sprue also contains a square patch. This is because critters can elect to have their tail inside the uniform,  in which case this represents the Velcro patch on the uniform and is glued on in place of the tail.

The last point to note about the miniatures is that they have been designed to be easy to glue together. Prior to designing this range, I have not been a fan of multi-piece metal castings, as I have had bad experiences of pieces that have flat joints which are difficult to align and move when you hold them for the glue to dry. We have overcome this problem by casting arms with a pin at the top that matches a recess in the shoulder. Similarly, heads are cast with a pin at the bottom of the neck that matches a recess in the body. The miniatures have also been digitally sculpted so the fit is very accurate.

Using the components that we have manufactured so far, it is possible to construct over 160 unique miniatures by mixing the components together.  We are planning to add many more uniforms, poses, weapons and head / tail combinations both through our Kickstarter and as monthly new releases. 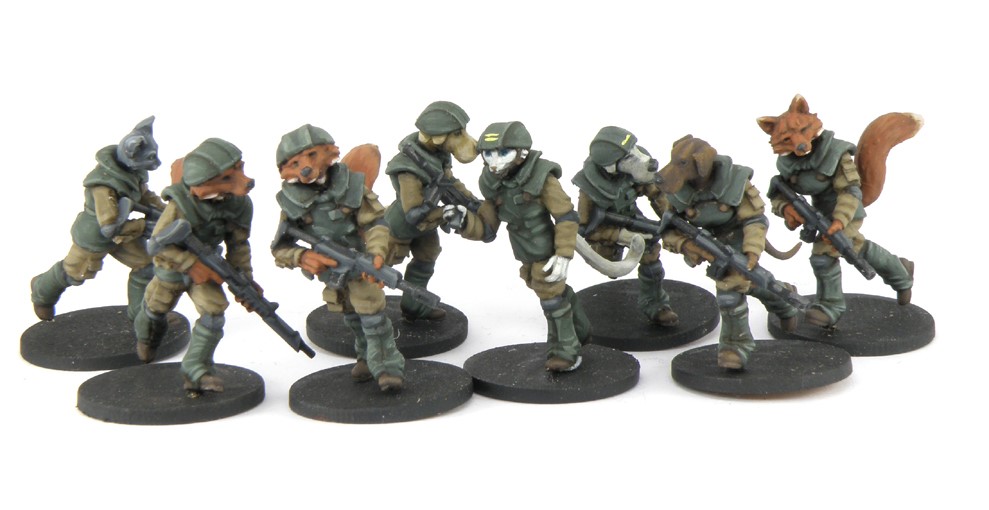 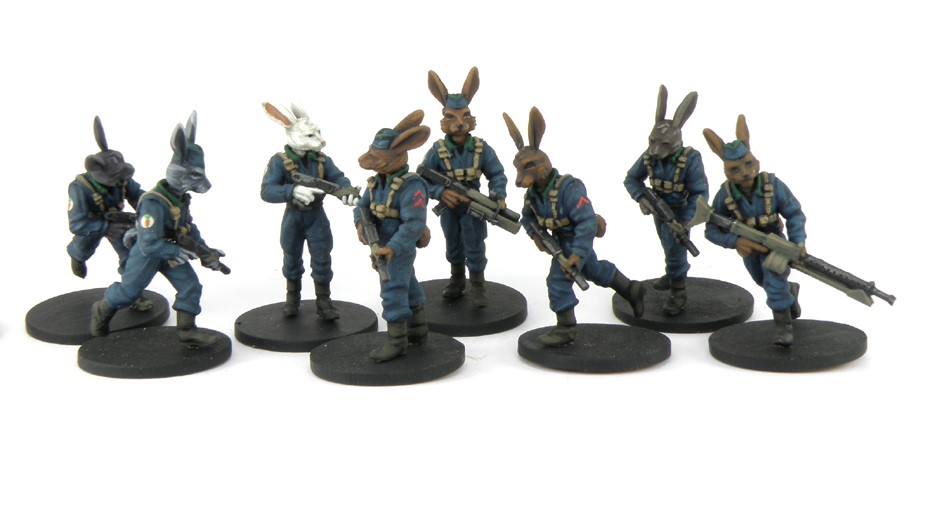 Figures will also be available in one, two and three figure blister packs.

Initial release of miniatures including these unit packs is October 2018.

Kickstarter runs from 15th October – 19th November 2018 to fund the next wave of development of miniatures, rules and campaign source book.

28mm News sally4th Sci-Fi
This entry was posted on Friday, September 21st, 2018 at 16:51 and is filed under News. You can follow any responses to this entry through the RSS 2.0 feed. You can skip to the end and leave a response. Pinging is currently not allowed.