Timings & Approach
The Albedo Miniatures Game is live on Kickstarter today (15th October and runs until 19th November). We have many pledges available including early bird discounts for combinations of rules, miniatures and terrain.

We are, however adopting a slightly different approach in that the miniatures we have already developed are available for purchase from Sally 4th (https://wargamesbuildings.co.uk/Albedo-Patrol) , so gamers can begin exploring the Albedo Universe immediately as well as being able to participate in the play test of the rules.

Background
The series is sophisticated and thoughtful, blending hard science and practical military weaponry with cute furry creatures. There are no blasters or zap guns, no clone armies or death stars, just critters trying to make sense of their existence amid a starry backdrop. The opposing factions in their universe are the Independent Lapine Republic (ILR), who are engaged in a war of expansion against everyone else, which has forced the creation of the ConFed, or Confederation of Planets. The ConFed is represented by two different forces, the Home Guard, who maintain security on individual planets, and the Extra Planetary Defence Force, an elite force dedicated to defending systems and recapturing systems taken by the ILR.

Rules System
The Albedo Combat Patrol rules have been written by John 'Buck' Surdu. They feature innovative, fast play, card-based combat mechanisms that bring out the detail of tactical ground based combat operations.

Miniatures Range
These have been digitally sculpted and the figures are supplied as multi-piece metal castings to allow a wide variety of troop types to be depicted.

Terrain Range
Albedo is based on a rich comic book heritage which has a very different look and feel to it than many of the dark, gothic brands of sci-fi miniature gaming that many of us are used to, so we wanted to create a complete gaming environment that captures this. We have designed and developed a complete range of detailed sleek, modern, plexi-glass and steel urban buildings with solar panels and air filtration units. The range includes a Hab Block (apartments), a Biz Block (shops and offices) and a Fab Block (factory / workshop, where things get fabricated). 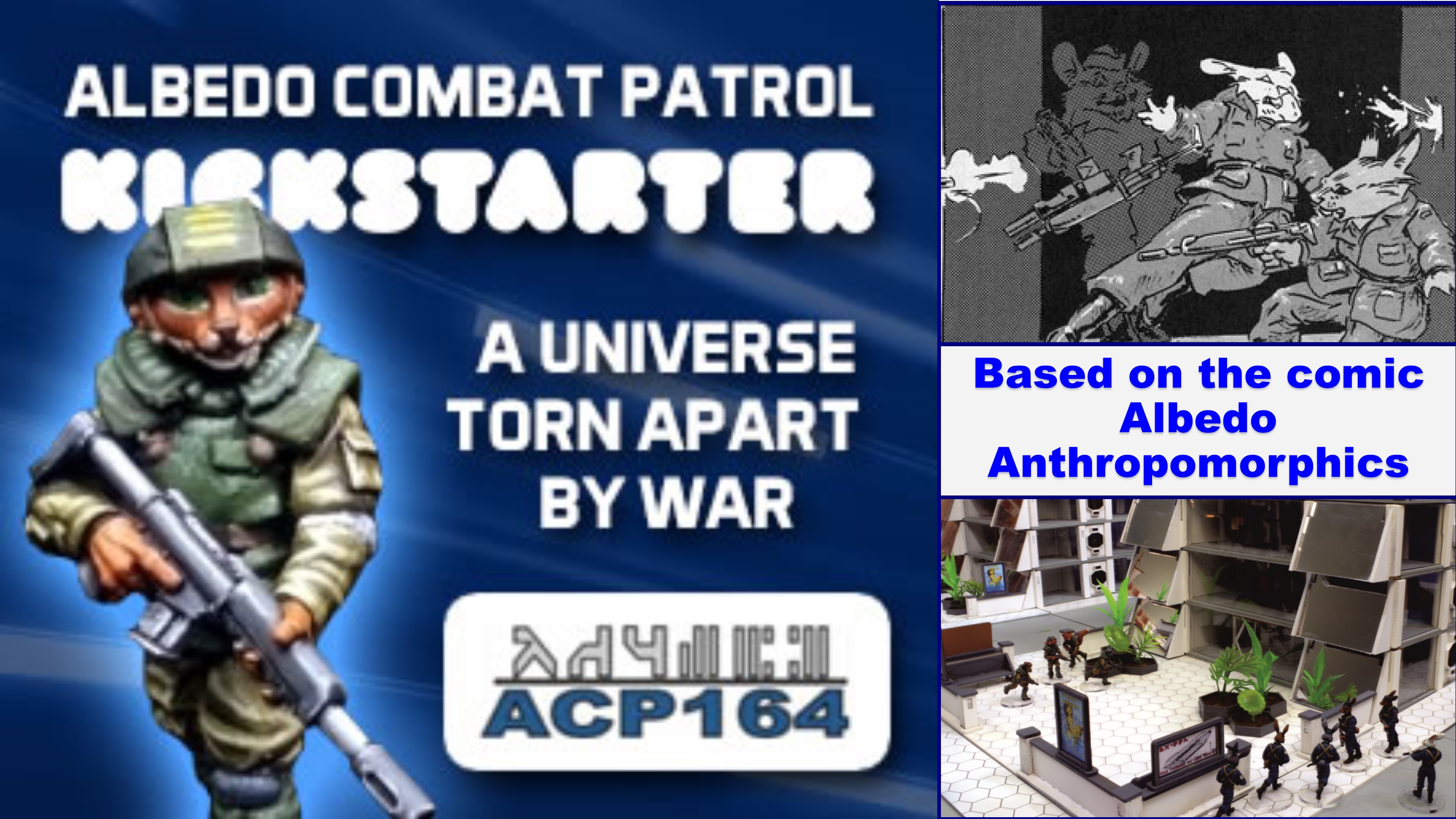 28mm News sally4th Sci-Fi
This entry was posted on Monday, October 15th, 2018 at 09:47 and is filed under News. You can follow any responses to this entry through the RSS 2.0 feed. You can skip to the end and leave a response. Pinging is currently not allowed.