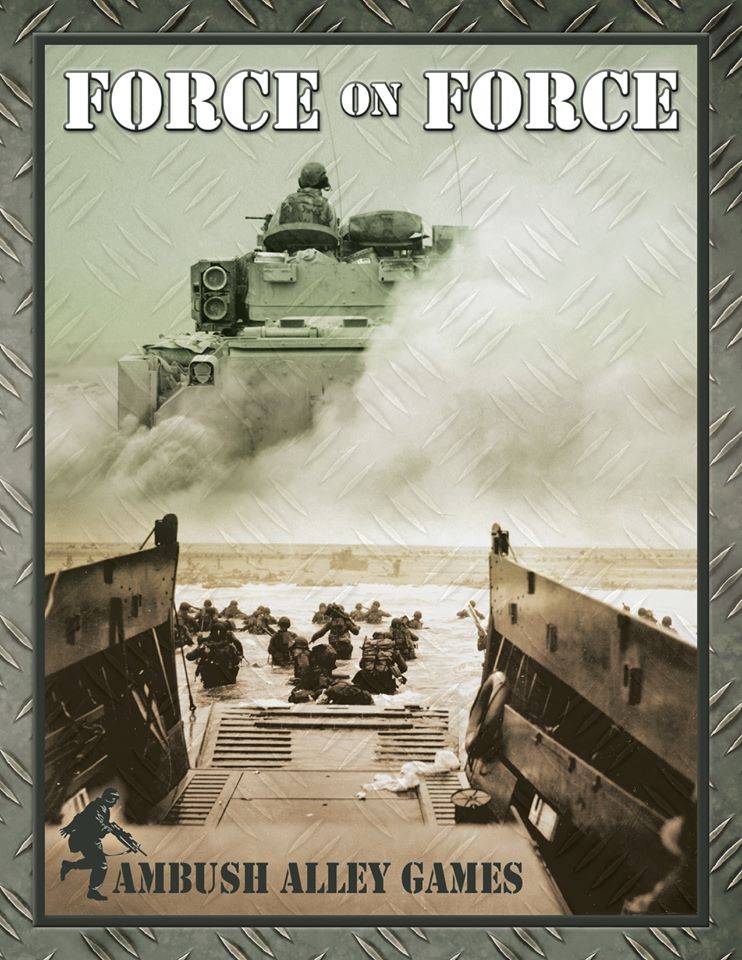 A lot of people have asked how different the rules in the as yet untitled "AAG Engine" book will be from the Osprey edition of Force on Force, so I should address that.

First and foremost, we've stuck with our overriding game philosophies. The mechanics are still more interested in the outcome than the process. The quality of the soldier and his training is still more important than the kind of rifle he's equipped with. Fog of War is still important and helps support the old adage that "the enemy gets a vote" in game play.

The AAG Engine will still feel like you're playing AA, FoF, or TW.

We have made some changes, though:

* The turn sequence has been revamped and streamlined.
* The Reaction System has been revisited, simplified, and improved.
* The Morale system has been modified and a single die is now used for Morale Tests.
* The Vehicle Combat rules have been rewritten entirely to make them more streamlined and less time consuming on the table.
* Unit Attributes have been trimmed down, and many of them have been replaced by more generalized attributes like "Insurgent" or "SpecOps" that merge a number of related attributes into one.

The organization of the Osprey version of the book was confusing to many, so we've gone to great (and I mean GREAT) pains to improve the organization in this book. One element of that is the inclusion of FRAGOs at the beginning of each major rule section.

FRAGOs outline the key elements of a section in a stripped down, bullet point format. The text that follows provides more description and examples, but you could play the game using the FRAGOs alone.

I'll share more insights and sneak peeks into the book as we go! Thanks for your interest in our game!

ambushalleygames News
This entry was posted on Monday, July 6th, 2020 at 08:03 and is filed under News. You can follow any responses to this entry through the RSS 2.0 feed. You can skip to the end and leave a response. Pinging is currently not allowed.