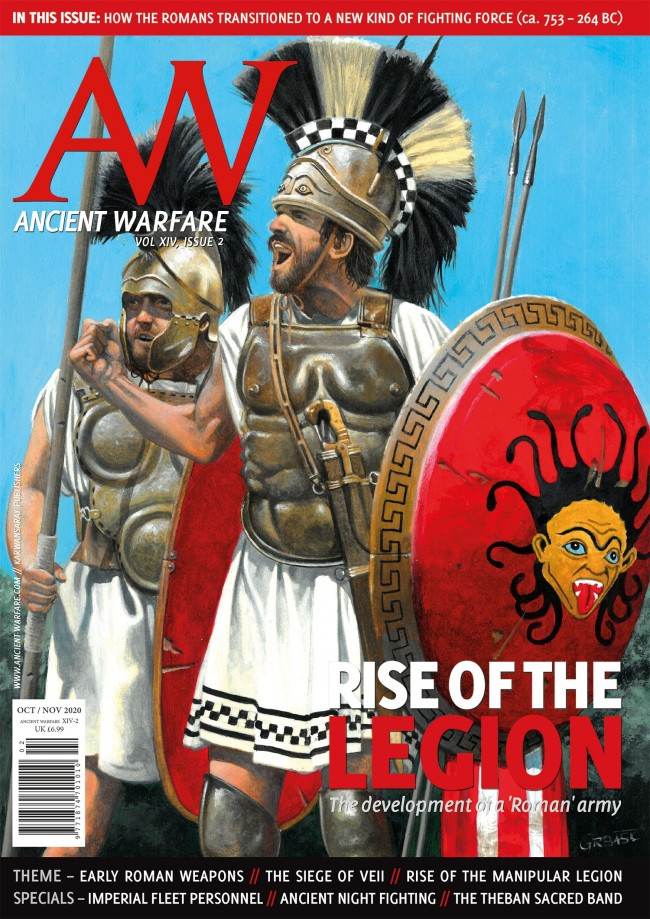 Issue XIV-2 of Ancient Warfare will be off to the printers in just a few days. In this new edition, we're considering the early history of Rome's military, and looking at how various organisational and tactical developments allowed the Romans to go from a minor player in Italy to a major power in the Mediterranean in just a few centuries.

Topics covered include the rise of the manipular legion, early Roman weapons and armour, and the Roman conquest of Veii, to name but a few.
You can already pre-order issue XIV-2 to save slightly on the cover price... or subscribe to Ancient Warfare now and never miss another issue.

ancient karwansaray publishers News
This entry was posted on Friday, September 18th, 2020 at 15:58 and is filed under News. You can follow any responses to this entry through the RSS 2.0 feed. You can skip to the end and leave a response. Pinging is currently not allowed.