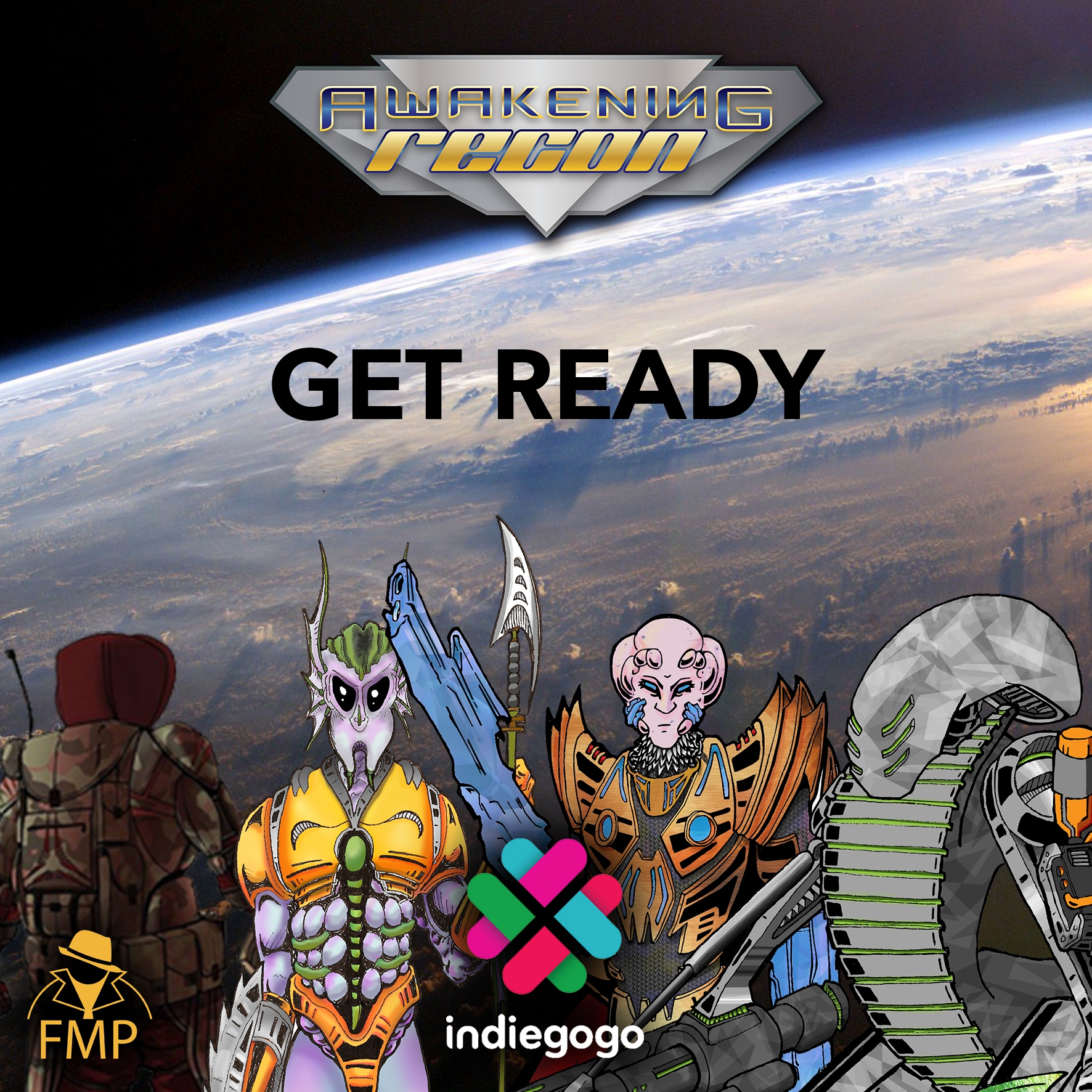 Have I told you before, during the three years we, at FatMan Productions, spent learning about the gaming industry, we developed our first product, a sci-fi miniature war game called Awakening: Recon.

Both me and Miguel are fans of a lot of sci-fi movies, TV series and books, so we thought doing a sci-fi game inspired in the sci-fi culture of the 80’s and 90’s. About the rules we had something in  mind during development that we really wanted to see in a miniatures game: Fast paced (30-40 minutes per game with about 40 miniatures per player), classic sci-fi looking miniatures (almost cartoonish), and with dynamic mechanics. Right now we have an alpha version of the rules, that we hope our contributor during the Indiegogo campaign help perfect and make definitive. It’s a d10 based system, with alternate activation of units, using a system of “command points”, hidden to your adversary. The four initial factions have a unique way of playing, so that in addition to the looks of it, the player may choose their faction based also in the game mechanics of it.

Story wise Awakening: Reckon is a miniature game set in our galaxy thousands of years in the future. The Awakening was the arrival of the Ipse to our galaxy, a species completely alien to all of our galaxy’s life forms. The races now compete for the ever scarcer resources of the galaxy, sometimes coming into conflict with one another. This is the main focus of the game, the initial skirmishes between the mysterious Ipse, the human coalition of mega corporations called The Consortium, a tribal race of amphibious aliens called the Dagonians, and the hermit like Alphas, the remnants of a fallen civilization.

In the next article we will talk about the four races, history, looks and game mechanics.

fatman productions News Sci-Fi
This entry was posted on Tuesday, January 19th, 2016 at 13:58 and is filed under News. You can follow any responses to this entry through the RSS 2.0 feed. You can leave a response, or trackback from your own site.

One thought on “Awakening: Recon – The Game”