Baccus 6mm – The Next Stage…

It’s all been a bit quiet on the News front from us for the last couple of weeks. We’ve been concentrating on the getting the last batch of orders from November on their way, and then dealing with what turned out to be another Tsunami of paperwork following the recent re-opening.

The result of the shopping cart opening is that we have a LOT of new orders to process, and that inevitably will mean delays – there are only so many mould spins that we can do in a day. However, the good news is that the £50 limit means that we will be getting through these pretty quickly. I will start the weekly updates from next week, which will give anyone waiting an idea of where they are.
The good news is that thus far, two of the team have had their first vaccination, with two more to follow in a couple of week’s time, leaving just one of us to go through the process. This means that we will gradually be easing into a more productive state over the next couple of months – there is an end in sight!
All of which means that we can also begin to get a more coherent strategy together for new releases. The effective closure to new orders over the last twelve months, plus our focus on turning round orders mean that we could not maintain anything like a consistent stream of new additions to the range. This will change as we move forward, and I’d like to take a little time to showcase a few bits and pieces.

Firstly, we have a lovely American Old West/ACW railroad set. Here’s a couple of pictures to show you just how nice these will be, all painted in authentic livery by Tony, our resident train buff. 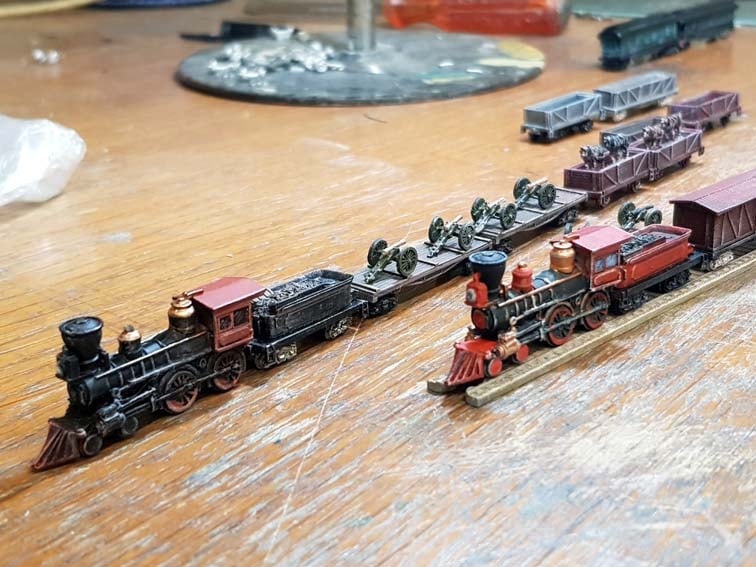 We are aiming for a late Spring/early Summer release and will have a full range of mdf track sections to go with the models.
I have had lots of emails asking about what we are doing with the WW2 range as the releases in the last twelve months have been comparatively sparse. Let me restate here – we are aiming for a very comprehensive coverage of the subject indeed.

This will not be a case of us cherry picking the odd popular vehicle. Andrew, our modeller and mould maker has not been able to get into the workshop due to movement restrictions, but he has used his time well and we have a stock of over two hundred vehicle models in various stages of production. The aim is to get these moulded and on sale as quickly as is possible in the coming months. As well as the existing German and British codes, the US forces are mostly completed in master form at least, and we have made inroads to the Red Army, and are priming infantry, support weapons and artillery for early release. 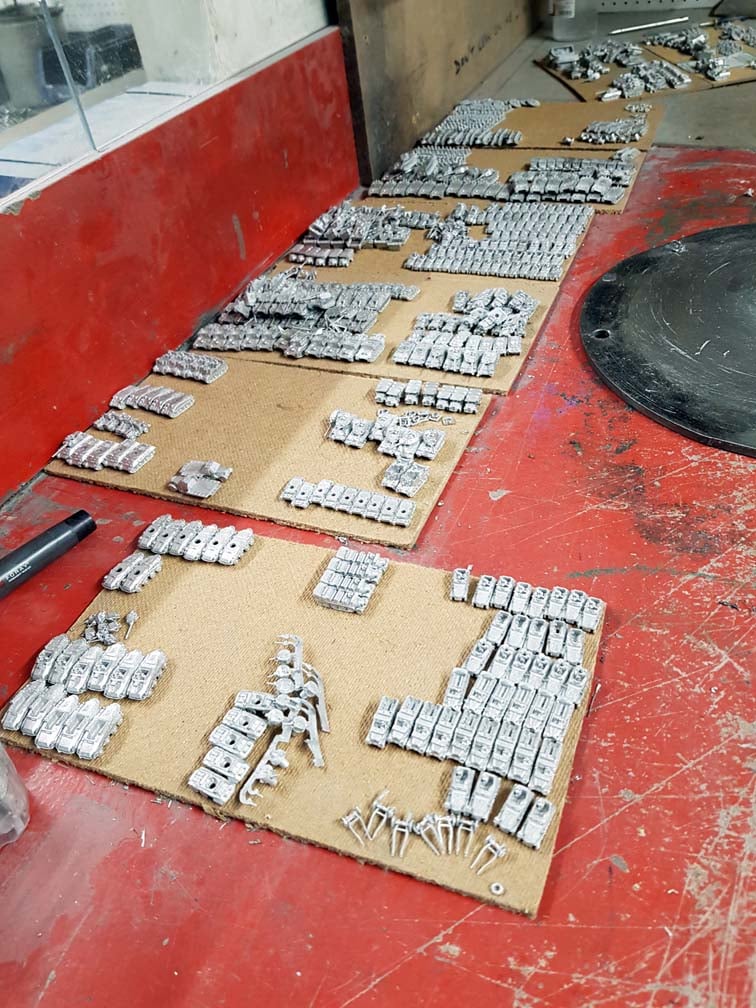 We’ve no specific photographs for all of these as yet, but here are some workbench Work in Progress shots of what we are working with.
The main limiting factors are how quickly we can get production moulds done and get some painted examples to show the new vehicles in all their glory!

Thanks to all for your patience over the last year – it has really been appreciated. We are not out of the hole quite yet, but we are looking ahead with a good degree of optimism.

6mm baccus historical New Release
This entry was posted on Tuesday, March 9th, 2021 at 14:01 and is filed under News. You can follow any responses to this entry through the RSS 2.0 feed. You can skip to the end and leave a response. Pinging is currently not allowed.