The Empire of the Drantakh is expansive...sprawling across galaxies. The Drantakh are a haughty race filled with feelings of their own superiority. At the center of this Empire, commanding all its legions, is the Emperor.

As Emperors take many wives and sire many children, with each hoping himself to one day sit on the skythrone, the life of an Emperor is as perilous at home as it is on any battlefield. Palace intrigue, coups, rebellions and machinations of all kinds are common. As such, Cha'hanit does not trust the Veliti Drantakh guards of past Emperors as he endeavors to push the boundaries of the empire ever further. 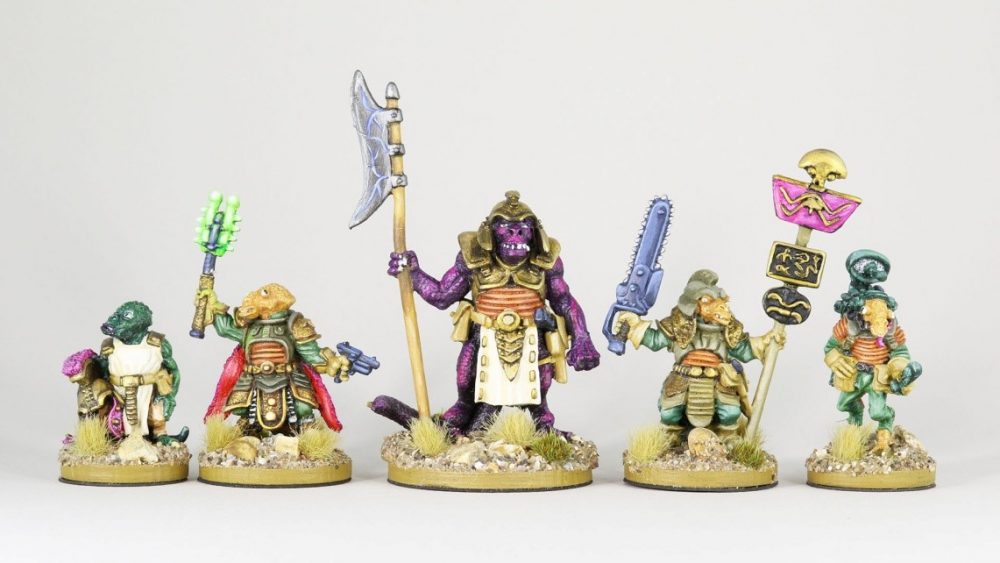 Included in this set is the Emperor, his faithful Hotekh bodyguard, his Imperial standard, his diminutive Grinkh servant and his personal communications officer.

Badger Games is pleased to announce the release of the Emperor and Legion High Command sets for Regiment Games' ever-expanding Drantakh line of miniatures. 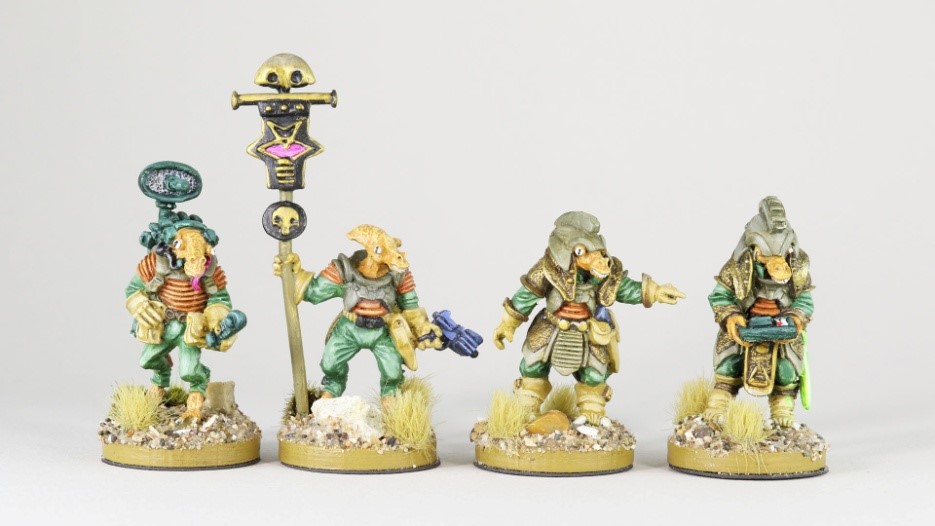 28mm badger games New Release Sci-Fi
This entry was posted on Friday, February 16th, 2018 at 08:55 and is filed under News. You can follow any responses to this entry through the RSS 2.0 feed. You can skip to the end and leave a response. Pinging is currently not allowed.