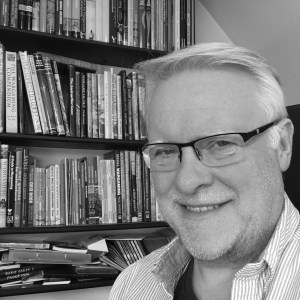 At 3.33 am on Sunday morning, the Battlegames Patreon page was launched by Henry Hyde ( LINK HERE )where you can read all the details about how the scheme works and the goals he is setting.

At the time of writing, pledges have passed both the first $100 'SQUAD' goal AND the $250 'PLATOON' mark, and the scheme is well on the way to reaching the $500 per month 'COMPANY' goal. The more money raised, the greater the variety of material that can be produced by Henry each month, such as blog posts, podcasts, videos, special graphics (e.g. scenario and campaign maps), special projects and so on. The monthly income pays for Henry's time to create content for the patrons, and in return, they get access to both the content and Henry himself according to their pledge levels. The higher to total pledge total, the more like an online 'magazine' this idea can become, with a wide variety of content.

Whilst Henry is of course well known for his love of 'old school', the intention is for Battlegames on Patreon to create a wide variety of content covering all aspects of the miniature wargaming hobby, with everything from ancient Egypt to sci-fi to fantasy coming under scrutiny, both in the written word and via audio and video. In other words, the kind of spread covered by The Wargaming Compendium.

In brief, there are six levels of pledge available: Lance Corporal at $1 per month; Sergeant at $2.50 (roughly the price of a cappuccino); Lieutenant at $5; Major at $10; Brigadier at $25; and finally, the General at $50. Every one of these qualifies for exclusive, Patreon-only content, and the more you pledge, the more benefits you gain access to, including personalised gifts at the top levels.

Every dollar pledged helps, and by pledging you are joining a select community of like-minded gamers, modellers and writers whose input is welcomed as, in effect, we create a very modern and responsive hobby business together, in which Henry's productivity and creativity will be harnessed to entertain and satisfy you. Obviously, if the scheme reaches its higher goals, then many things become possible, such as exclusive printed publications, actual get-togethers and so on.

Henry wishes to extend his thanks to those who have already taken the plunge and to those who will do so in the coming days, weeks and months. We are embarking on a hugely exciting journey together and by spreading the word, you will be helping Battlegames create more of the things YOU love.

You can read the (big!) blog post Henry wrote just before the launch at this link which contains much of his thinking about what this scheme is aiming to achieve.

henry hyde News
This entry was posted on Tuesday, January 9th, 2018 at 16:28 and is filed under News. You can follow any responses to this entry through the RSS 2.0 feed. You can skip to the end and leave a response. Pinging is currently not allowed.