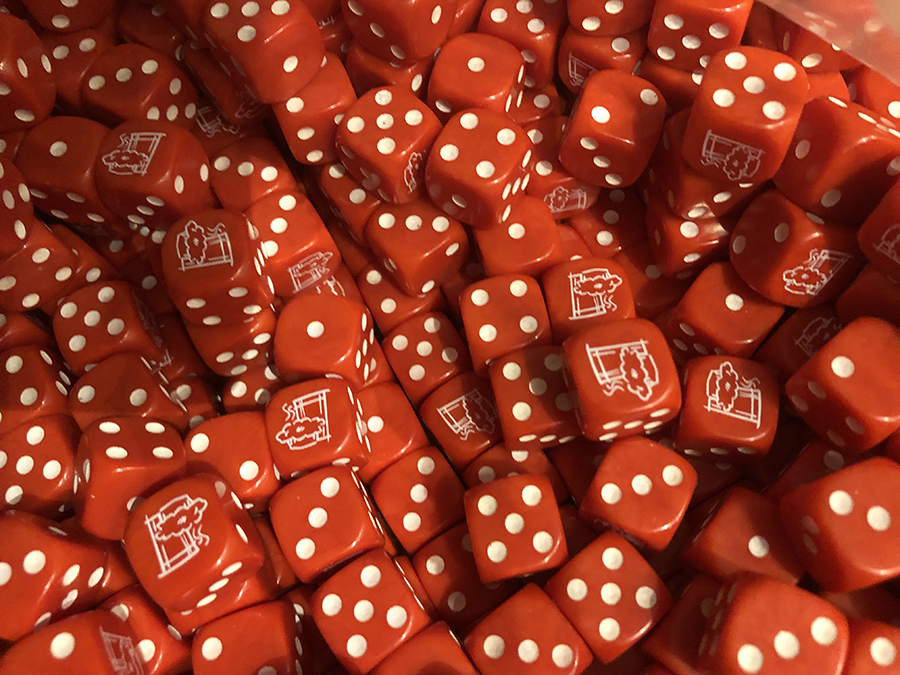 Some years ago we produced some rather nice and very popular dice with our Pie and Pint logo on one face, where the six spots are normally located. They were not only popular with gamers but were also said to have incredible powers way beyond just rolling well in a tight corner. With a reputation like this it wasn't surprising when they sold out in quick order and gamers with the old white Lard Dice are marked as true veterans of Lard. For some unexplained reason we never restocked them. Until now that is. However, rather than make the old white dice of the grognard available again, we thought we'd allow that first run to remain unique and go for a different colour. So, the Big Red Dice was born.

A nice size for gaming, 16mm in size, the dice feature the classic logo again on the six face with white spots on sides 1 to 5. They really are a thing of beauty. And very red. To purchase a pack of a dozen Big Red Lardy Dice is simple.
Just click on the link HERE

accessories New Release too fat lardies
This entry was posted on Wednesday, April 17th, 2019 at 09:04 and is filed under News. You can follow any responses to this entry through the RSS 2.0 feed. You can skip to the end and leave a response. Pinging is currently not allowed.