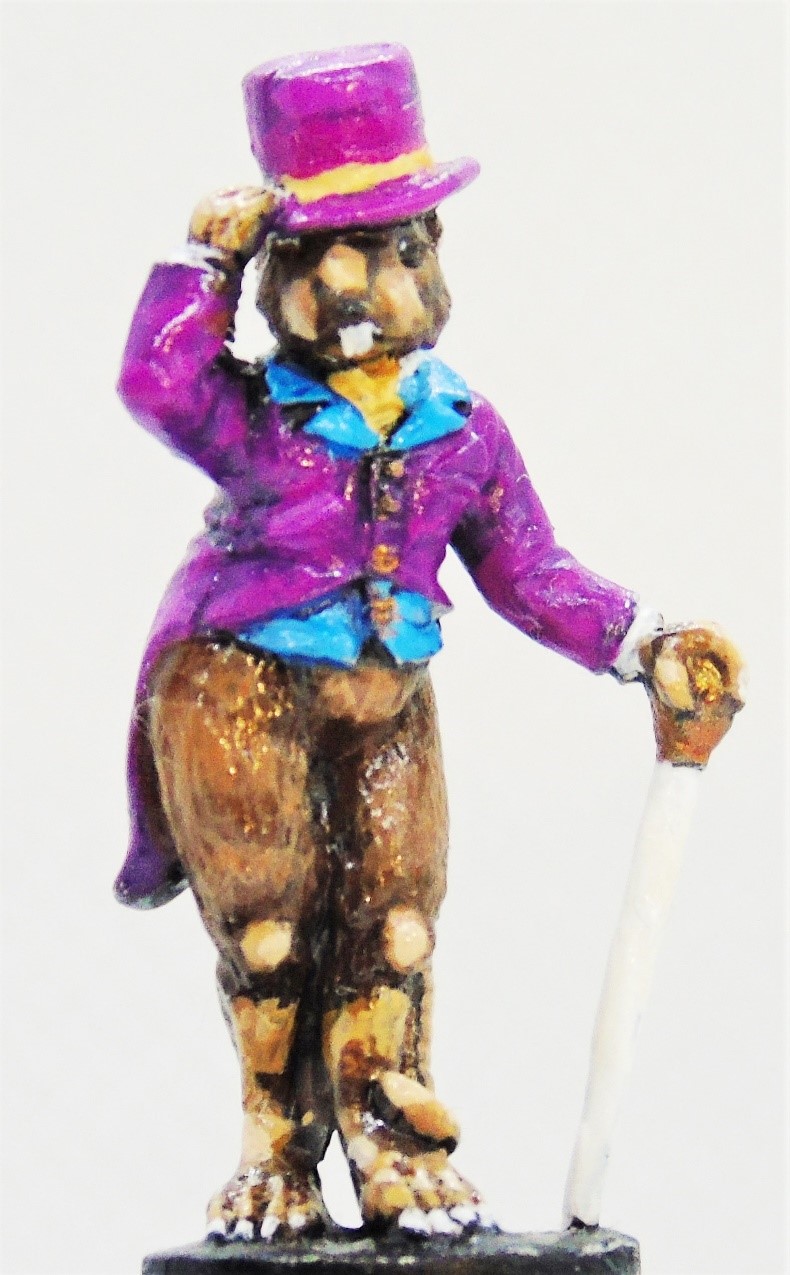 The spirit of the age, as far as the smog-hidden big industrial cities are concerned, King Rat symbolises the sins of Victorian England – wealth from the hardship of others, squalor-for-profit, organised crime, arrogance of high society – and he loves it. Thought to be the head of an underground gang involved in racketeering, burglary, and black market trading, King Rat is a ‘shake his paw, count your fingers’ kind of chap.

His organisation has been at odds with the Metropolitan Police, Sherlock Holmes and Spring-heeled Jack. There are rumours that he has aided Jack the Ripper in evading capture and is involved with the Tongs.

Suitable for Victoriana, role-playing, or modern game settings, he is the second of a small collection of Freak Show figures that Black Pyramid are designing as part of our Vox Populi range of collectable miniatures.

King Rat is available right now, along with other new releases, at www.blackpyramid.co.uk

28mm black pyramid gaming Fantasy New Release
This entry was posted on Wednesday, November 13th, 2019 at 10:22 and is filed under News. You can follow any responses to this entry through the RSS 2.0 feed. You can skip to the end and leave a response. Pinging is currently not allowed.