So Blast-Tastic! is coming around again, w00t! 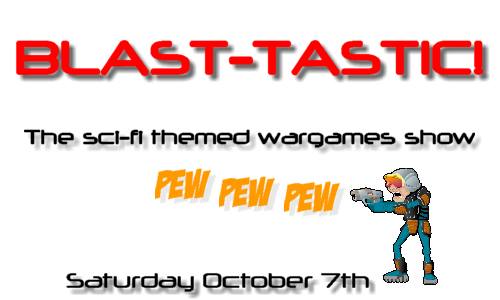 This year, is year four of the event and I am trying something a bit different.

What I am going to try now is for Blast-Tastic! to be more focused on allowing smaller sci-fi companies to showcase their games and invite you to come along and play them, and speak to the game designers in person.

So there will be sci-fi companies putting on games with their own products for you to try out.
You can talk to the actual designers and makers of the models in the flesh and pick their brains/chat as you play.
Plus as well as them showing you their great games/rules/models, they will have some stock there on the day for you to buy if you like what you play.

I want to make it about sci-fi gaming, and sharing the joy of the genre.

It will be smaller than before, with about 10 games to take part in.
But I think that will work just as well if not better, kind of like a club meeting but with stuff to buy and no need to bring anything yourself, just turn up and play!

So without further ado here is some information about the game that Space Vixens From Mars will be putting on for you playing pleasure: 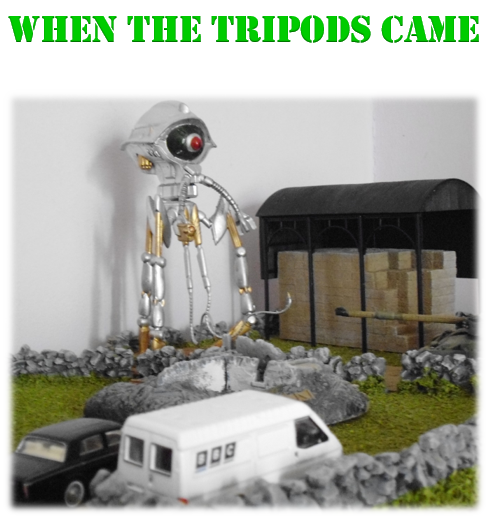 Notice to the Prime Minister from GCHQ.

"Details are coming in from the Ministry of Defence that ‘something’ has landed on the western edge of Dartmoor late last night. Details are somewhat limited at this stage – however, initial reports are that a crater of some sort was located about two miles due north of the locality of Merrivale, an aerial reconnaissance sweep by the RAF has gone on to locate what has been described as a large ‘tripod’ machine a further three miles north of the crater site. The machine, which we believe to be extra-terrestrial in origin, appears to be roughly fifty feet high, and has destroyed a remote farm house in the early hours of this morning – for what purpose we can only guess, but it seems a crude way to initiate an invasion, if that is what we are facing. It should be noted that we have subsequently received reports of a further landing in Montana in the United States, and we have also heard some ‘chatter’ that there has been another landing behind the Iron Curtain, but these reports await confirmation.

The latest update here is that troops presently on Dartmoor have been ordered to converge on the vicinity of the farm, and to surround the machine, these troops will shortly be reinforced by armoured assets due to arrive in the area. We will also have Harriers from RAF Wittering stationed at Exeter International Airport, and are on standby. All commercial flights have been grounded, indeed all air traffic has now been suspended or diverted away from the South West region. Back on the ground, Police have cordoned off all roads into the area. The media are of course aware of the situation, and a news van from the BBC has been permitted to pass through the cordon to cover events as they unfold."

Angel Barracks News Sci-Fi shows Space Vixens From Mars
This entry was posted on Friday, June 23rd, 2017 at 09:51 and is filed under News. You can follow any responses to this entry through the RSS 2.0 feed. You can skip to the end and leave a response. Pinging is currently not allowed.