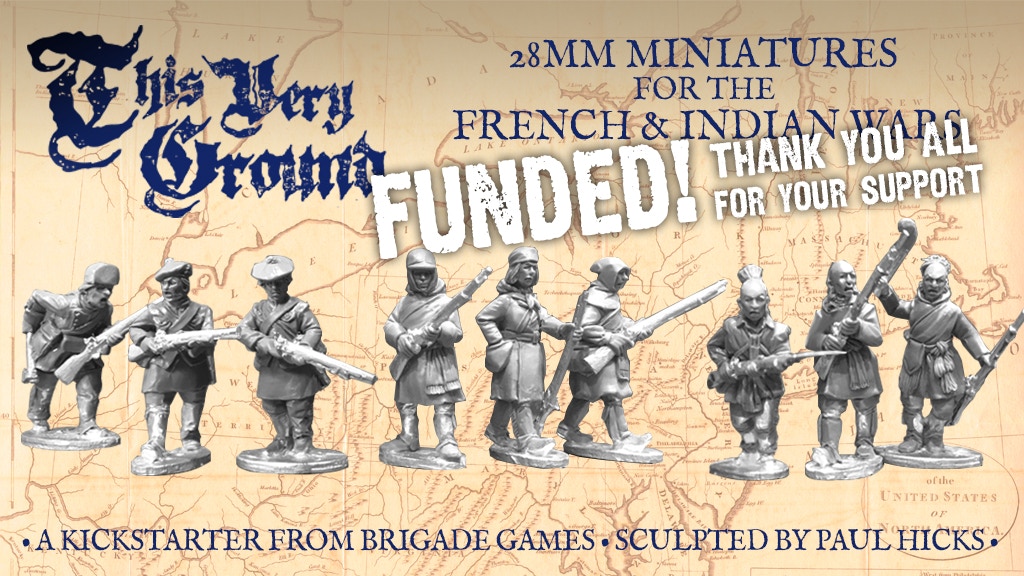 Over the years, we've built up a number of fantastic ranges of miniatures, many of them sculpted by the incomparable Paul Hicks. These ranges cover King Philip's War, the American War of Independence, Napoleonic Wars, and the War of 1812. It only made sense that when we wanted a French & Indian Wars range to go alongside our launch of This Very Ground: Victory or Death ruleset that we ask Paul to turn his talents to it.

The French & Indian Wars featured a lot of skirmishing and guerrilla warfare and our initial offer definitely reflects that. Paul has sculpted six packs (each pack has 6 minis) that you can use to flesh out an existing collection, or to get one started.

28mm brigade games historical News
This entry was posted on Monday, May 18th, 2020 at 09:57 and is filed under News. You can follow any responses to this entry through the RSS 2.0 feed. You can skip to the end and leave a response. Pinging is currently not allowed.