Firstly, another update on orders – I’ve almost caught up, everything up to the 29th of July is already packed and either sent or ready to go later this morning. I’m hoping today to finish everything from July and hopefully get stuck into the August orders, although I suspect that the burst that arrived yesterday will be too much to finish in one go.

So, onto another new release. Initially available at the Joy of Six, we’ve added our new 6mm Fasolini Infantry to the website. These come from the David Drake novel Forlorn Hope, which isn’t strictly part of the Hammer’s Slammers canon but shares a very similar background and technology level. We also have two versions of the unit’s diminutive tracked gun systems.

The infantry, expertly sculpted by Martin Baker, come in packs of 23 – 15 riflemen in three poses, 4 rocket launchers, two squad leaders and two personality figures, Colonel Fasolini and Lieutenant Waldstejn. These are all based on the original 15mm versions of these figures, also sculpted by Martin – the tiny 6mm Guido Fasolini even has a recognisable moustache. 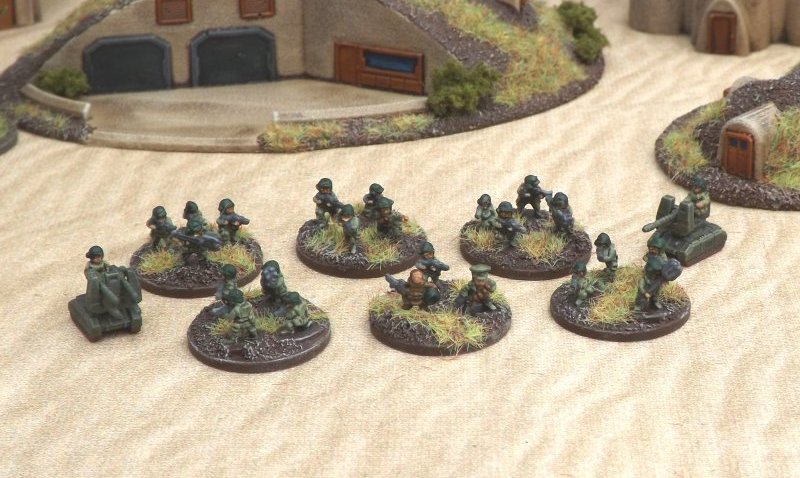 The guns come in two parts, the tracked base and the gun mount with crewman. The original single barrelled gun from the book is designated the Oto Melara 410C, and quad 440C version is added as an upgrade option. 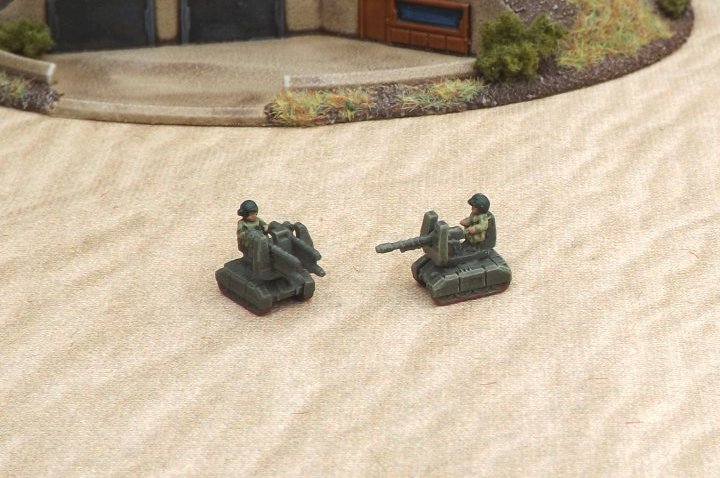 There are also two pre-defined company detachment packs, each with two guns (with different versions in the two packs), two heavy trucks and 34 infantry (four rifle teams and four rocket launcher teams each of four men, plus the two officer figures to allow the option of fielding either Colonel Fasolini and Lieutenant Waldstejn as leader).

6mm Brigade Models New Release Sci-Fi
This entry was posted on Friday, August 3rd, 2018 at 09:32 and is filed under News. You can follow any responses to this entry through the RSS 2.0 feed. You can skip to the end and leave a response. Pinging is currently not allowed.