Our range of 15mm British sci-fi figures already has several tripod mounted crewed weapon options available. However, we also have a second set of prone crewman figures (unreleased to this point) for which there were no weapon models. So we’ve made some new guns for them and added them to our Salute line-up.

The first weapon is an anti-tank rifle, although that rather antiquated name is a bit of a misnomer as it’s somewhat more advanced than the Boyes weapon of WW2 vintage. This one is mounted on a tripod and also has a gun shield for the crew and will give a serious headache to a light tank or APC. 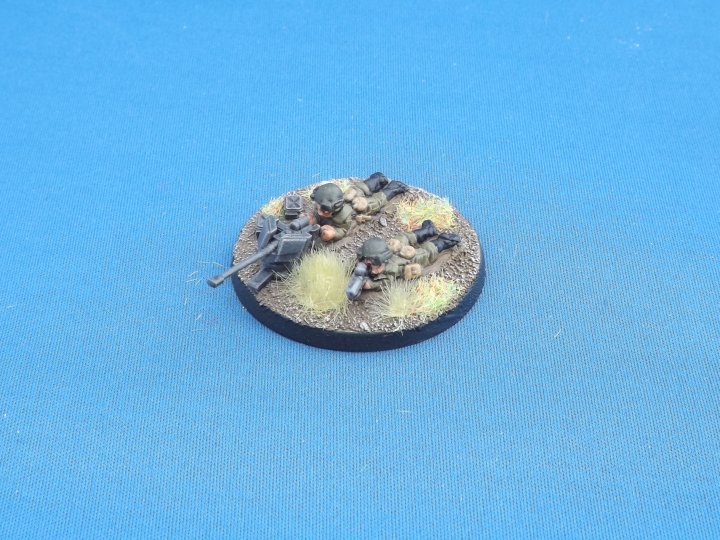 The second weapon is a twin-MG, inspired by our 6mm heavy weapon. This will put a huge amount of firepower downwind in the direction of any enemy infantry. Each pack contains two weapons each with two crew, a gunner and a loader with rifle. 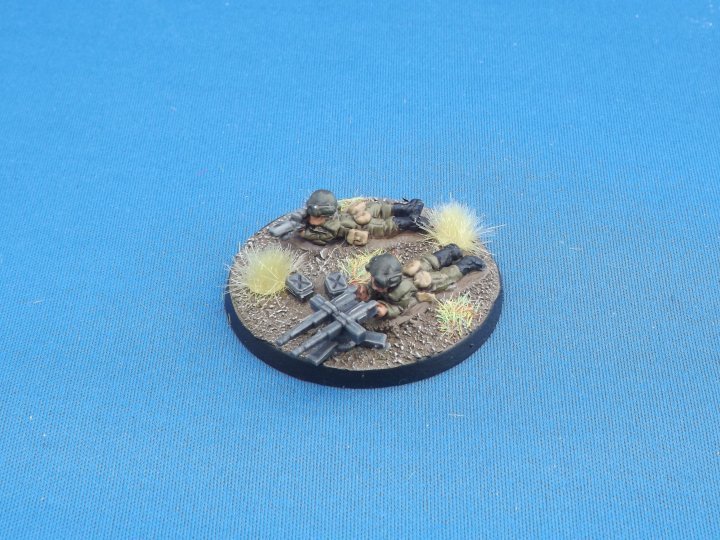 15mm Brigade Models New Release Sci-Fi
This entry was posted on Wednesday, March 20th, 2019 at 08:46 and is filed under News. You can follow any responses to this entry through the RSS 2.0 feed. You can skip to the end and leave a response. Pinging is currently not allowed.

One thought on “British Heavy Weapons”