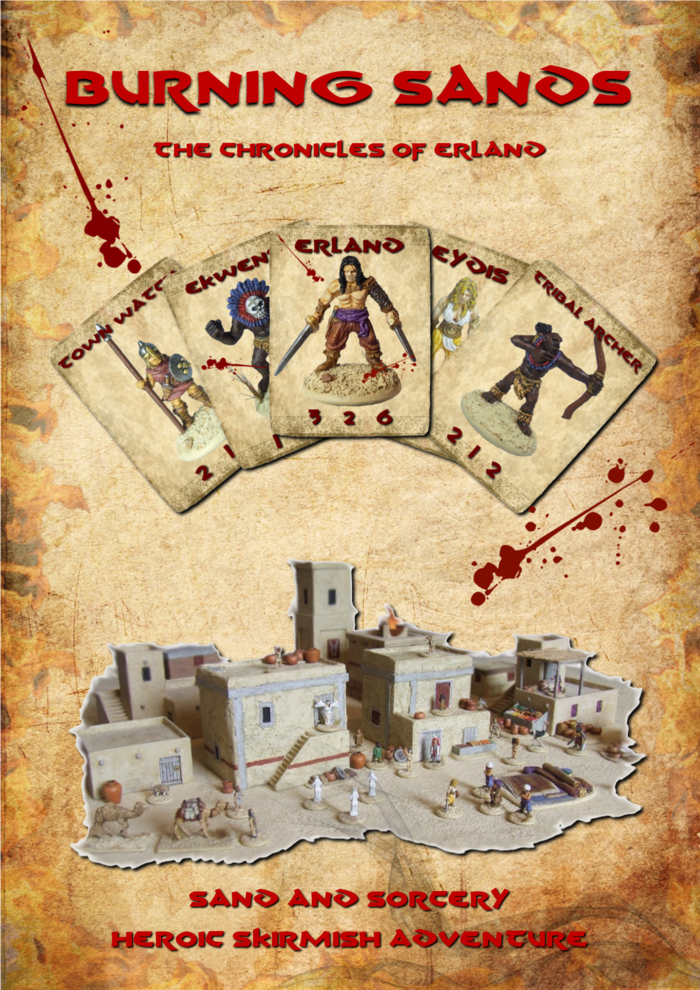 The 'hottest' game of the year is here!!

As some of you here will know I have been writing some rules to compliment my figures and now they are on sale!!

Burning Sands is a fantasy skirmish game with a desert feel.
Sand and Sorcery!

It is designed with a view to creating legendary tales of high adventure featuring your very own hero.

It is not as complex as a traditional RPG, nor as basic as a wargame.
Think of it as a sweet spot between an RPG and a tabletop skirmish game.
Your hero will have stats, abilities and gain XP to improve as you play.

Chapter One: Dinner for Wolf (Erland has to fight past some wolves to escape the tomb he slept in)
Chapter Two: Eydis at the Oasis (Eydis is attacked in the night by some bandits)
Chapter Three: A Chance Meeting (Erland and Eydis both end up in Simurgh which is attacked by bandits that tracked Eydis there)
Chapter Four: A Test of Faith (Thankful for their help in defending the town, the high priest offers a reward to Erland and Eydis if they can recover a treasure stolen by some tribesmen)

Each chapter is in its own right a little game with a unique table top set up and goal. Played on their own they would not take long, but play them together in one session, and you have the start of some pretty cool Chronicles.

The rules are quick, simple and provide a core mechanic that is easy to learn but also allows for plenty of modifications, think of it as a toolbox where you can pick and pluck the bits that suit your style of play.
With this in mind they have an advanced rules section for more detail.

Whilst aimed at 15mm figures you can easily use it with other sizes simply by changing cm to inches, or some other simple conversion.

There will be continued support for this game both in terms of rules and supplements as well as models from Crom’s Anvil.

Here is a 'game report' I did of the first chapter for my own Chronicles: 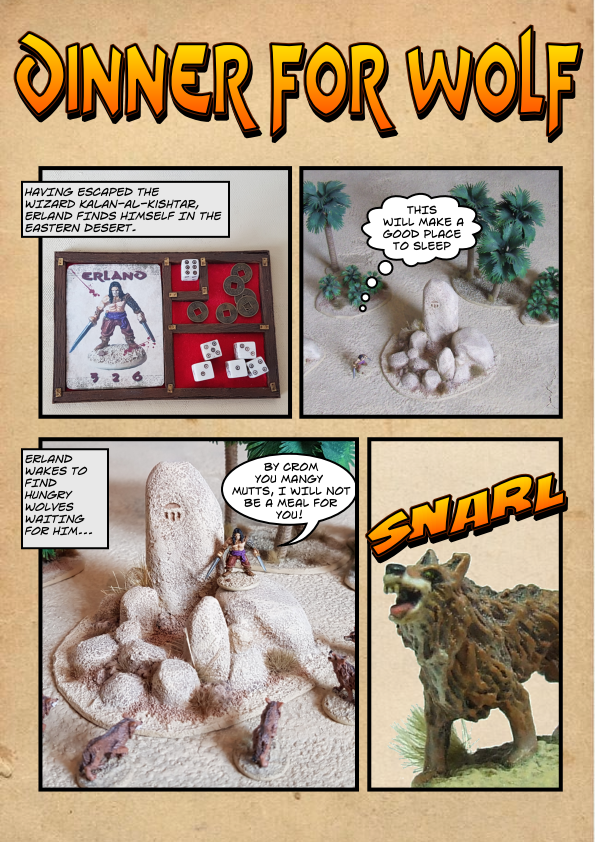 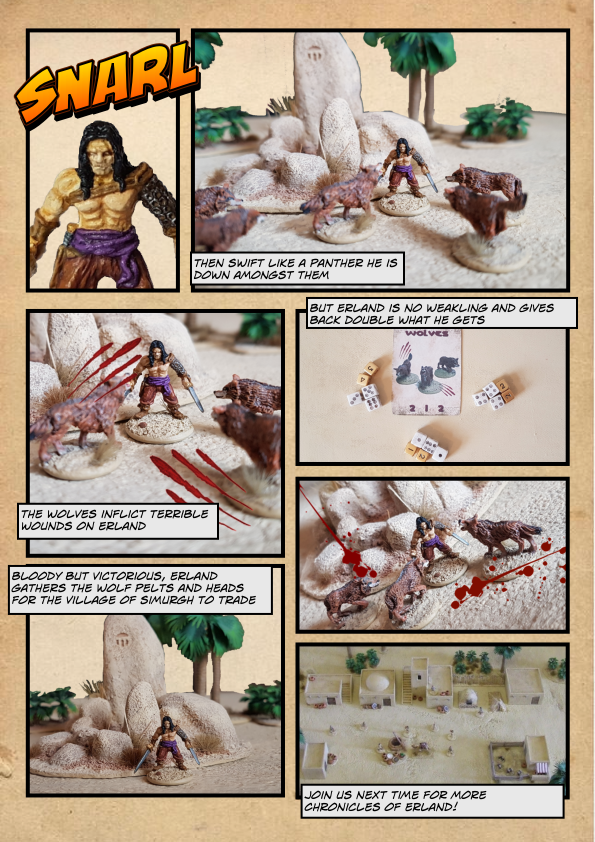 15mm croms anvil Fantasy New Release
This entry was posted on Tuesday, July 31st, 2018 at 09:43 and is filed under News. You can follow any responses to this entry through the RSS 2.0 feed. You can skip to the end and leave a response. Pinging is currently not allowed.