Following on from the new British and Neo-Soviet weapons teams, we can add new remote weapons teams for our 15mm CDSU (Chinese) forces. The People’s Liberation Army get both a remote 4-round missile launcher and a twin barrelled support weapon, each with a 2-man crew. Being remote weapons, the crew can be sited away from the weapon itself, reducing visibility of the weapon to the enemy and increasing the survivability of the crew. Both sets will be available at Salute in (gulp) just seven days’ time. 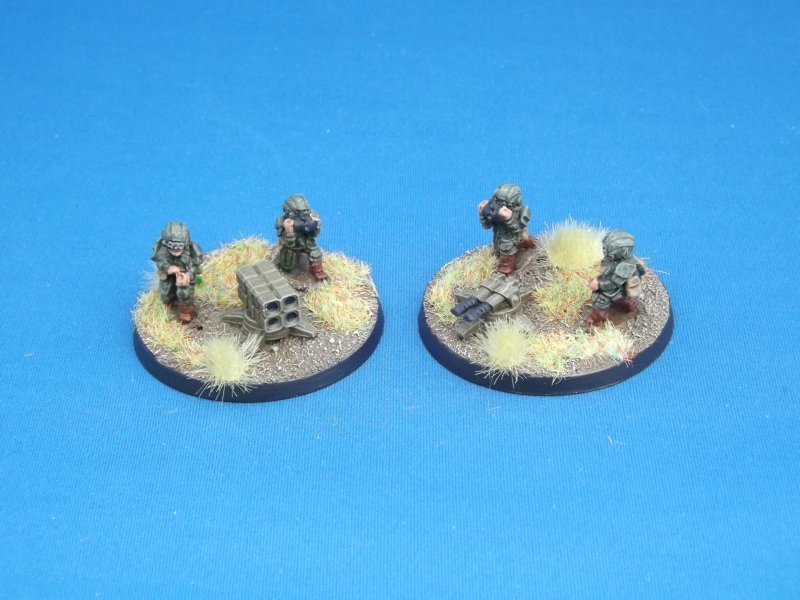 15mm Brigade Models News Sci-Fi
This entry was posted on Saturday, March 30th, 2019 at 09:33 and is filed under News. You can follow any responses to this entry through the RSS 2.0 feed. You can skip to the end and leave a response. Pinging is currently not allowed.