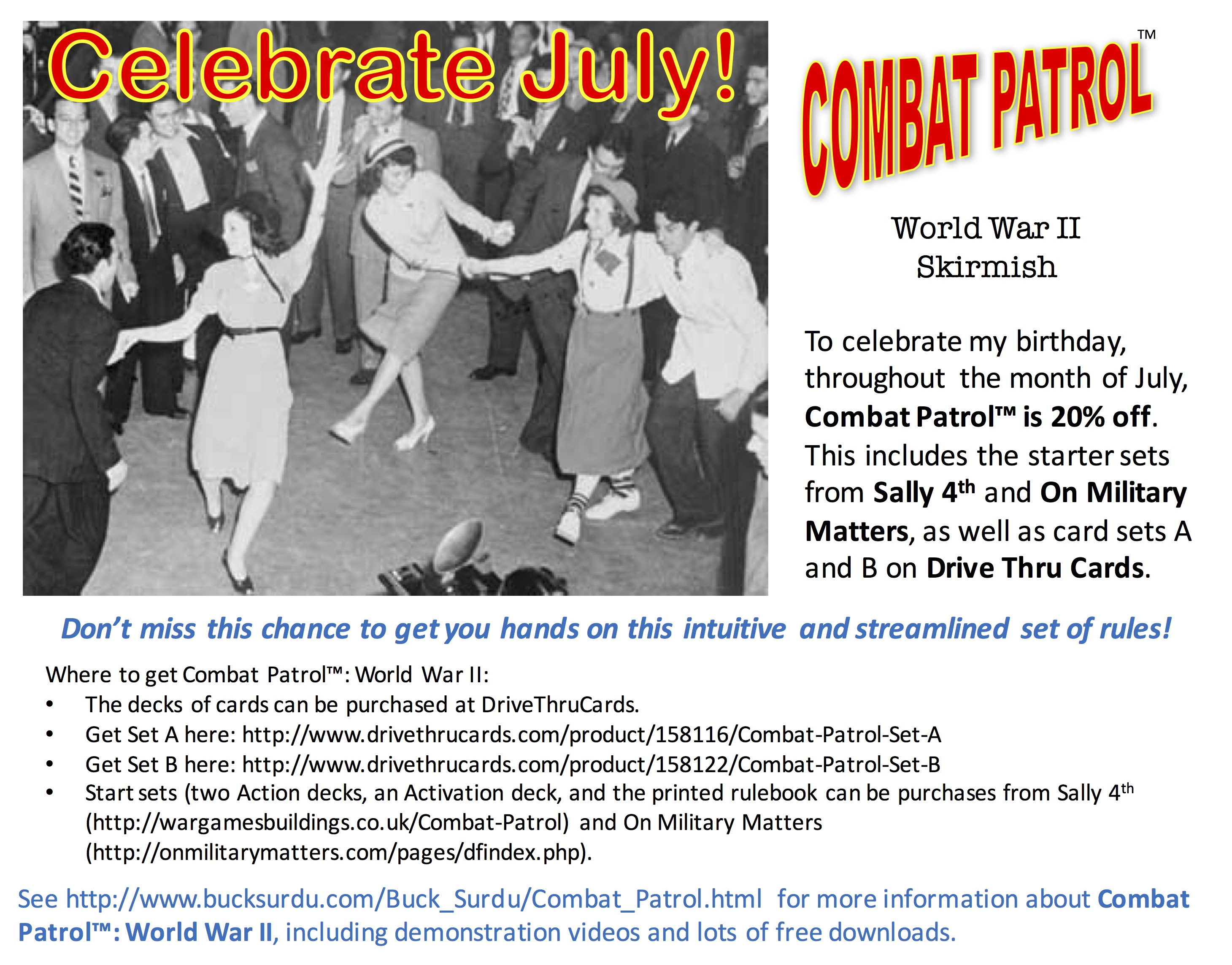 July is the month for Combat Patrol. In honour of Buck’s birthday the cost of the core Combat Patrol products has been reduced by 20% until the end of July.

Everything that you need for two players to play Combat Patrol. 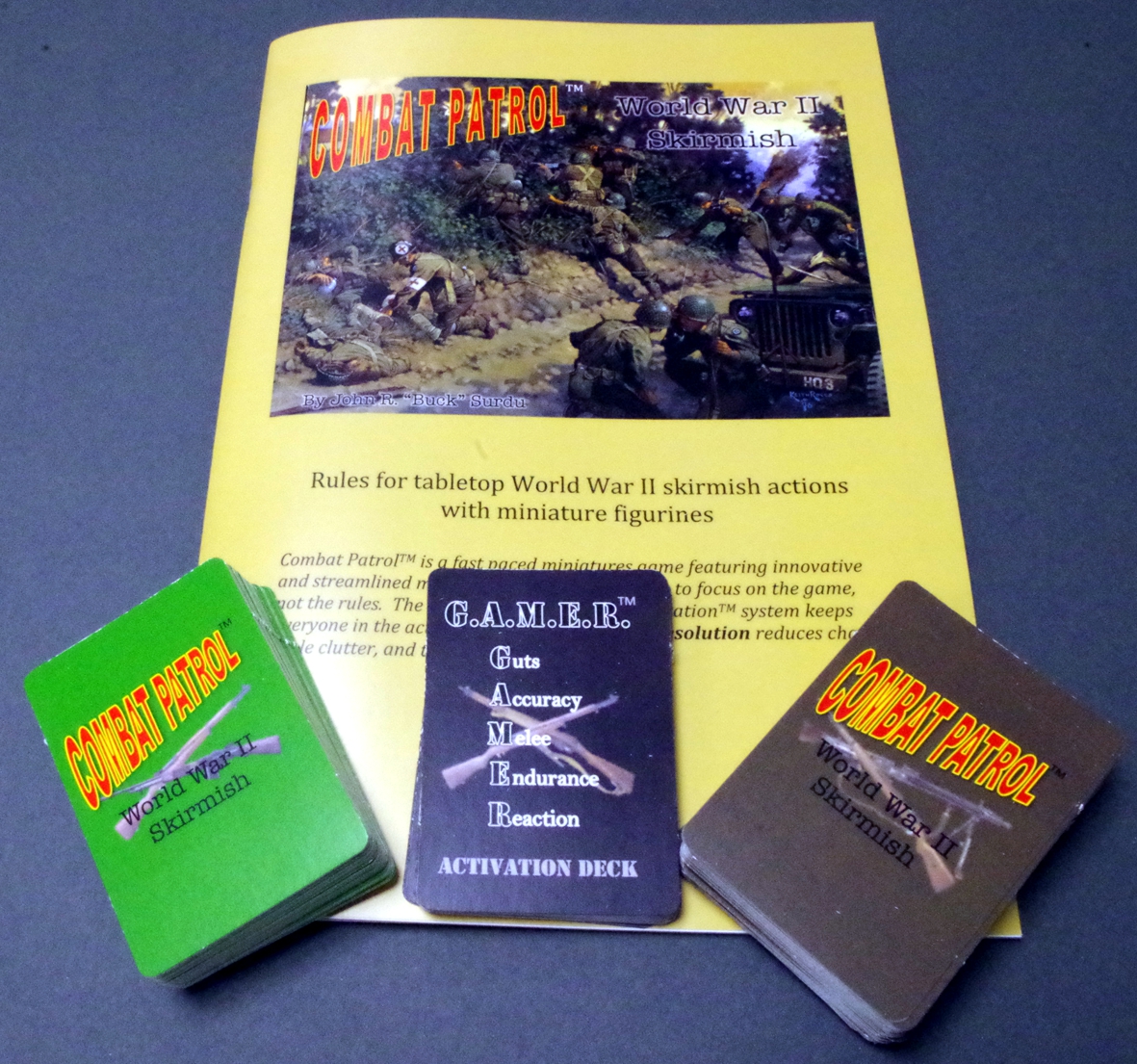 This contains four x 50 card action decks plus a 24 card activation deck in a metal presentation tin. This is ideal for club / convention games where each player has their own action deck.

Two new free to download PDF supplements have been added, firstly a set of unit and vehicle cards that match the contents of the Bolt Action 2 Band of Brothers Starter Set allowing a gamer to quickly and easily use the miniatures and vehicles in the set with Combat Patrol as well as with Bolt Action. Secondly, a set of Western Skirmish rules have been added as a free download. These allow games set in the old west to be played using Combat Patrol core rules and action decks.

A free introductory rule set is available to download together with free supplements for Napoleonic skirmish, Falklands War and ‘The Winter of Discontent’ (1979/80’s alternative timeline).

Combat Patrol is an exciting set of skirmish rules that allows players to focus on the game instead of the rules.

Combat Patrol is a unique card-based miniatures game.  The unique Double Random Activation mechanism provides a leap-ahead method for activating units that provides the friction and drama of card-based systems with none of the drawbacks.

Combat Patrol products and free downloads are available from http://wargamesbuildings.co.uk/Combat-Patrol

News sale sally4th WWII
This entry was posted on Saturday, July 8th, 2017 at 08:48 and is filed under News. You can follow any responses to this entry through the RSS 2.0 feed. You can skip to the end and leave a response. Pinging is currently not allowed.