Packs contain a mix of pre-filled in squad and vehicle cards, so that you can start playing straight away, and blank unit cards that you can use for any other vehicles or squads that you want to field.
A handy platoon organisation chart is also included in each pack.
The cards have been designed to fit into Ultra-pro 70mm x 120mm deck sleeves so that you can write on / wipe off name of squad leaders.

First two packs to be released are US Armoured Infantry Platoon and German Panzer Grenadier Platoon. Many more are planned / in development. 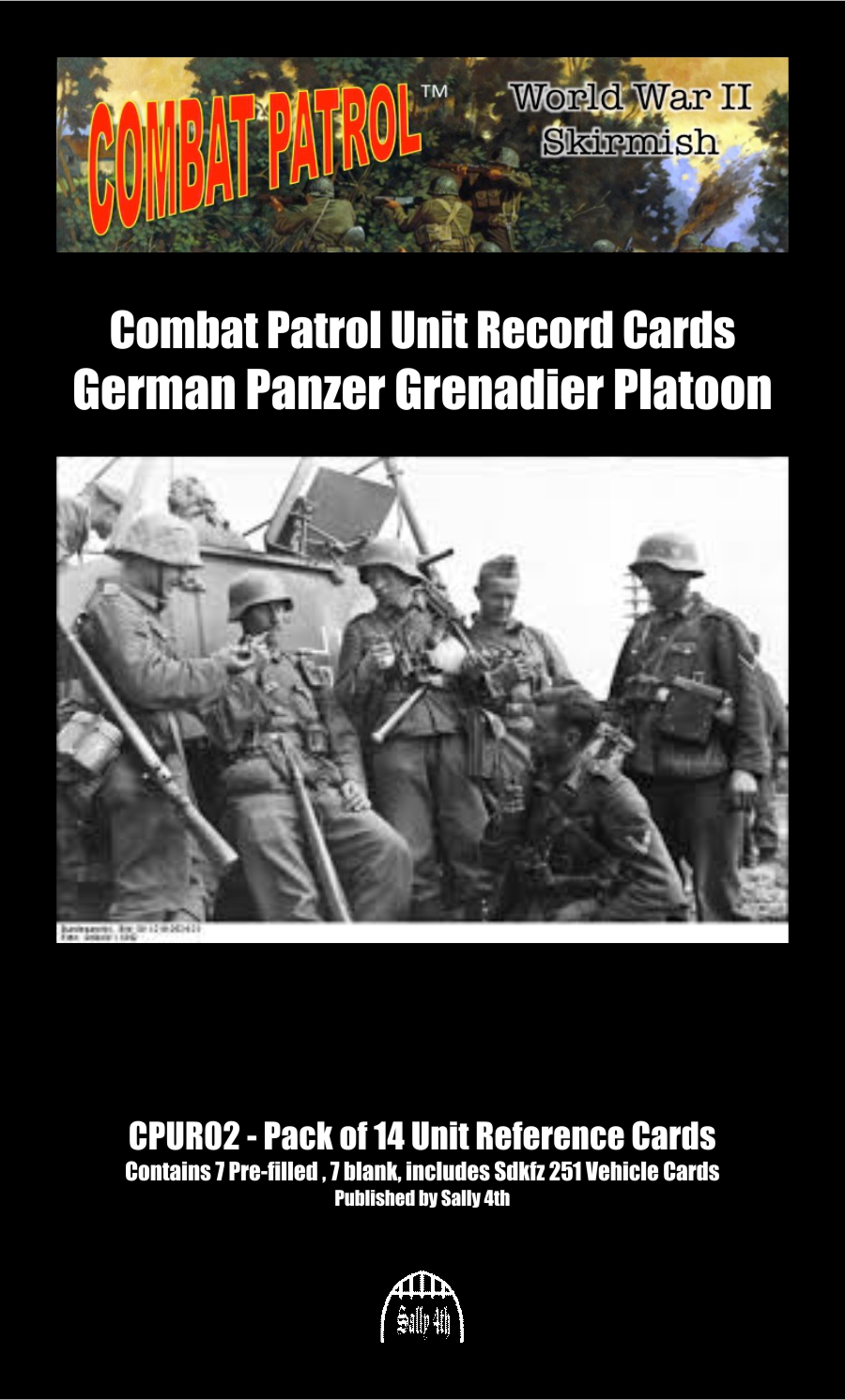 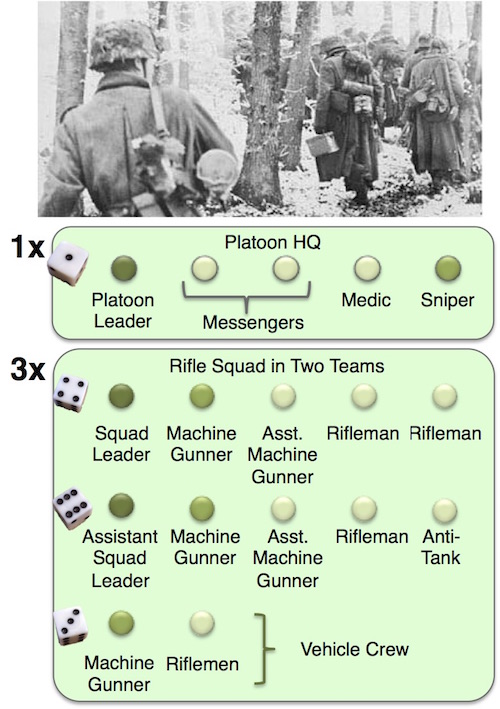 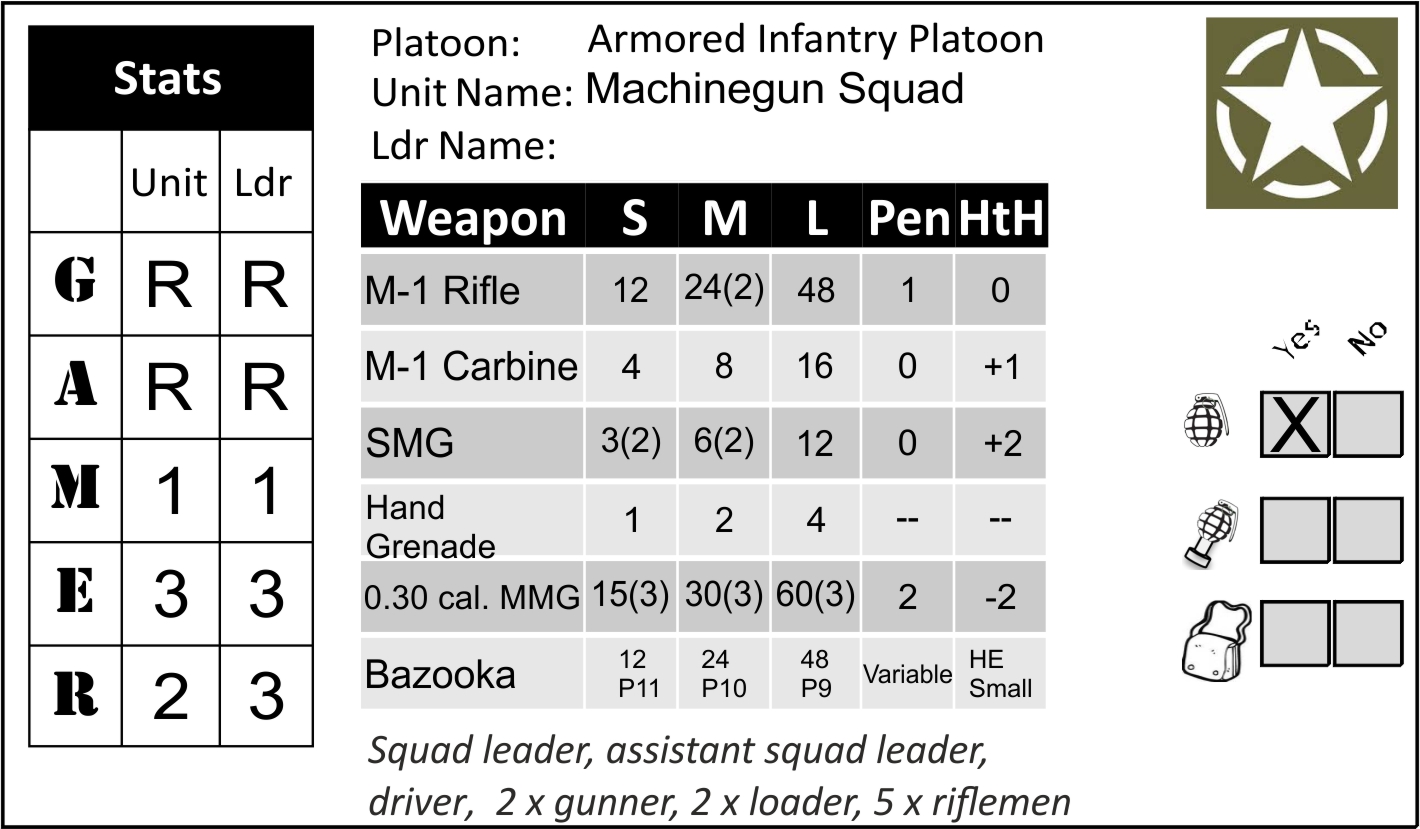 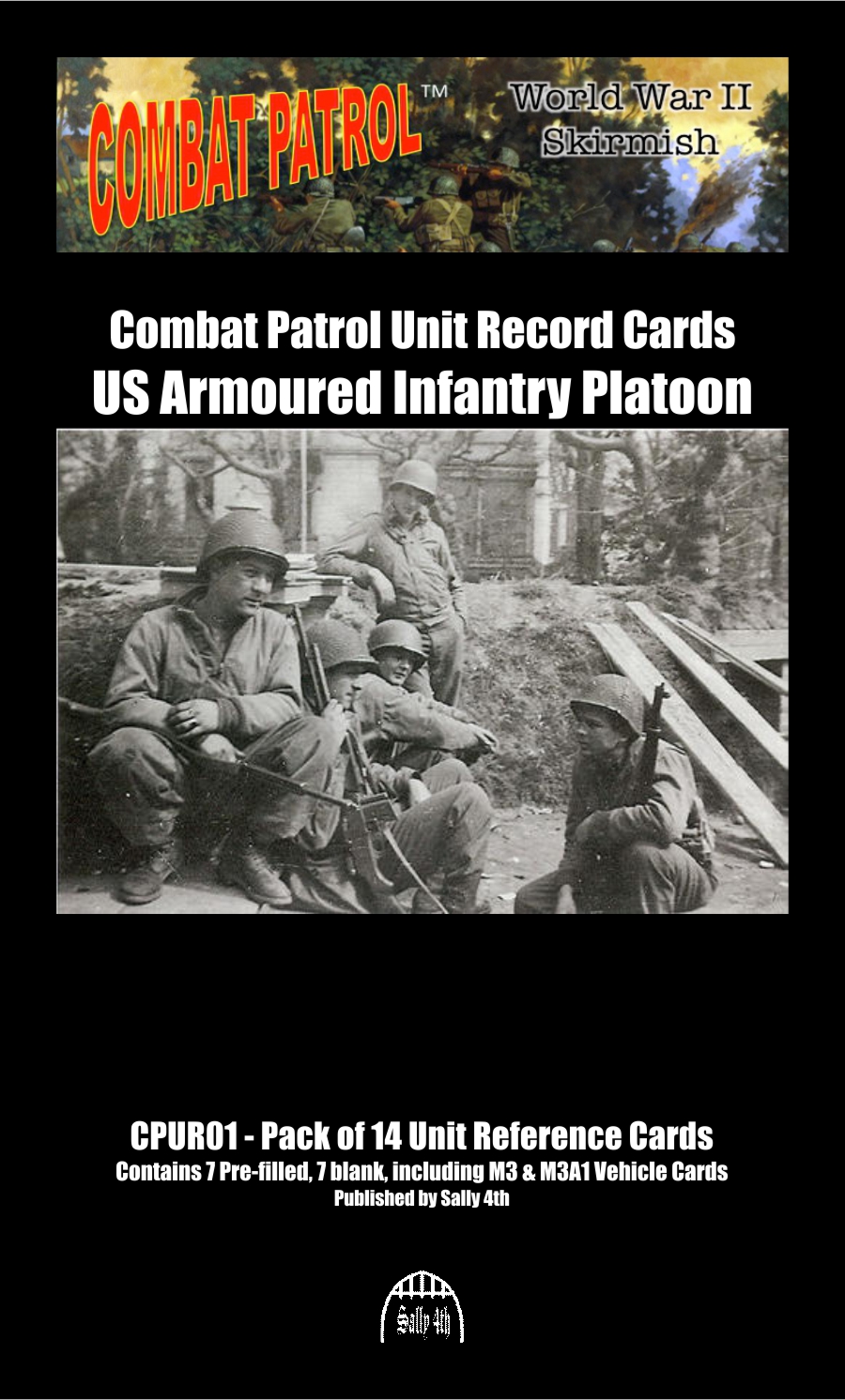 Cards are available from Sally 4th and On Military Matters in USA.

New Release sally4th WWII
This entry was posted on Friday, August 19th, 2016 at 20:14 and is filed under News. You can follow any responses to this entry through the RSS 2.0 feed. You can skip to the end and leave a response. Pinging is currently not allowed.