I think its fair to say that since March I have been fairly busy which I thank you all, August is appearing to be returning to normal in terms of orders. However Griffin moulds are incredibly busy at the moment which means that turn around of orders is about 6 weeks, that coupled with the fact that I'm still only going to the unit twice a week and the Post Office once a week means there may be a slight delay on some orders.

The majority of you are very understanding but I'm still surprised that I get the odd e-mail asking where their order is only 3 or 4 days after placing it. Guess that's life!

I received the new greens from Richard Ansell this week and they have been sent to Griffin, they all looked good and I will be putting pre-orders up on the web site in a couple of weeks.
I particularly like the charging French but to be fair I think they're all good. 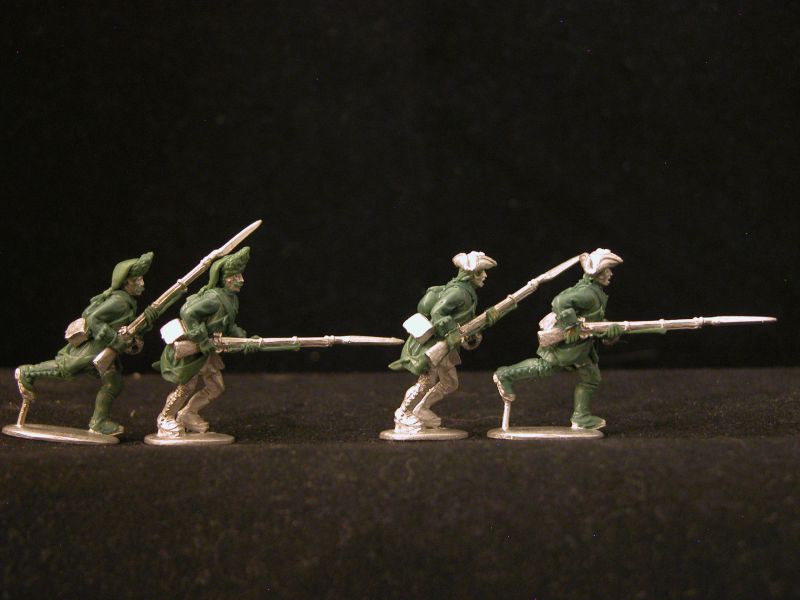 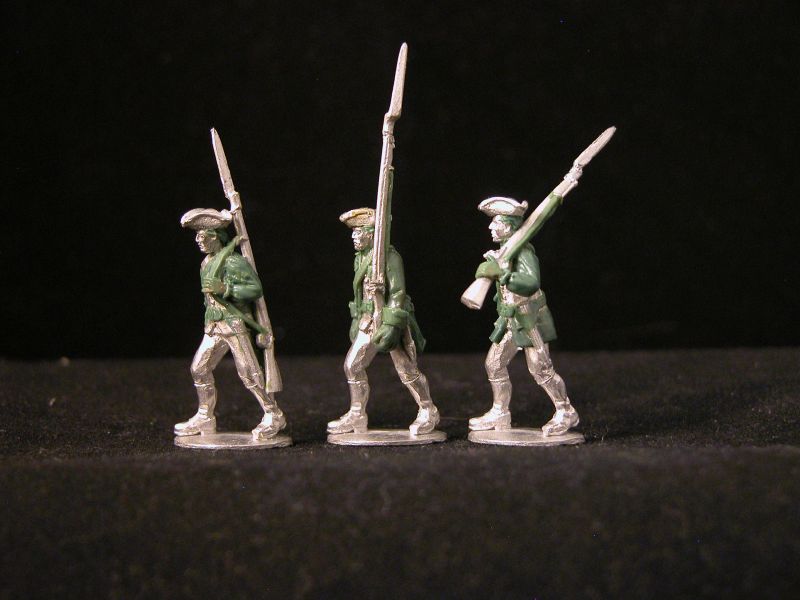 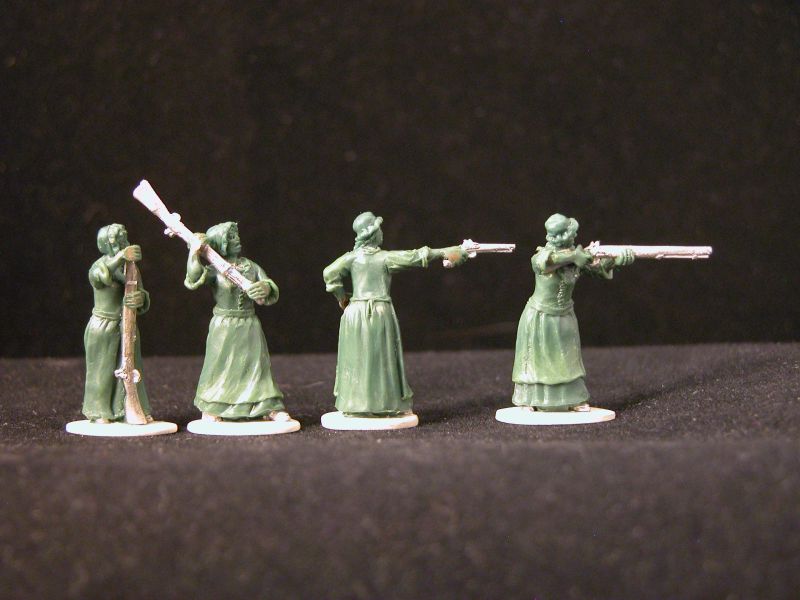 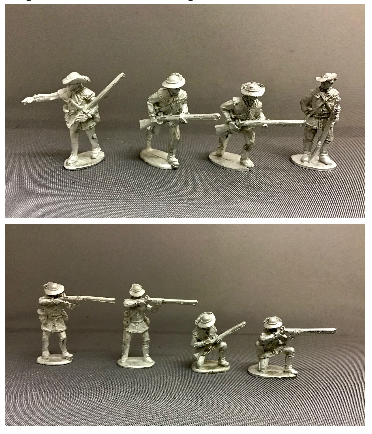 What's Next?
By my reckoning there's around another 32 sculpts left for the FIW so the next set will include Personalities, Canadian militia, the drummers for the militia and Provincials and the Provincial standard bearer and a couple of other bits include some more females for populating the homesteads.
After that the 60th foot, some Courier du Bois and a few surprises.
Andy Stadden is working on a new set of figures to accompany Stuart Insch's next publication more of that in the future. In the meantime keep safe and maybe we will see a show in 2021?

28mm Crann Tara Miniatures historical News
This entry was posted on Monday, August 24th, 2020 at 15:14 and is filed under News. You can follow any responses to this entry through the RSS 2.0 feed. You can skip to the end and leave a response. Pinging is currently not allowed.