The important bits first - I shall be putting up postal charges - Royal Mail have been sneaking their price increases in over a period of time to the point where I'm subsidising the majority of parcels posted within the UK and overseas. So from the 1st December look out for the revised charges. Large orders I shall still look at the best options and pay the extra for courier services where appropriate.

Fife and Drum AWI
Sales of this range is quite slow and I have been mulling over for some time if I should continue to stock it, having spoken to Jim I am going to continue and to that end have ordered some of the new personalities, Highlanders in overalls and Hessian Jagers they will be available to pre.order in the shop over the next couple of days. Jim also tells me his next big releases will be troops for the Saratoga campaign.

Crann Tara releases
Whilst waiting for the new releases from Richard to be cast also appearing in the shop this weekend will be a few more bits and pieces I converted figures for a standard bearer and drummer for Keiths Highlanders and a drummer for the Clermont Prince. There is also another mounted and dismounted figure in overcoat together with a standing horse for the dismounted figures.

3D Printed figures
For those that have been following the blog and Facebook page you will know I have been experimenting with 3d printing to pretty good results. So far Prussian, Austrian and Hungarian infantry have been made. Jagers are on the way. What is the interest for a print on demand service?
In addition if all goes well I'm hoping to launch a kickstarter project sometime in thee new year to get the 40mm range off the ground

Finally 2020 will see a big push on the French Indian War range a real must have for me 🙂
As always feedback comments greatly appreciated. 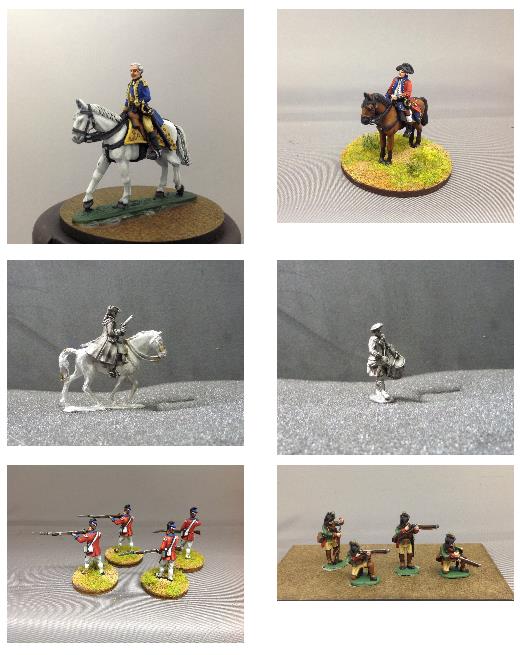 28mm 40mm Crann Tara Miniatures News
This entry was posted on Thursday, October 10th, 2019 at 16:26 and is filed under News. You can follow any responses to this entry through the RSS 2.0 feed. You can skip to the end and leave a response. Pinging is currently not allowed.