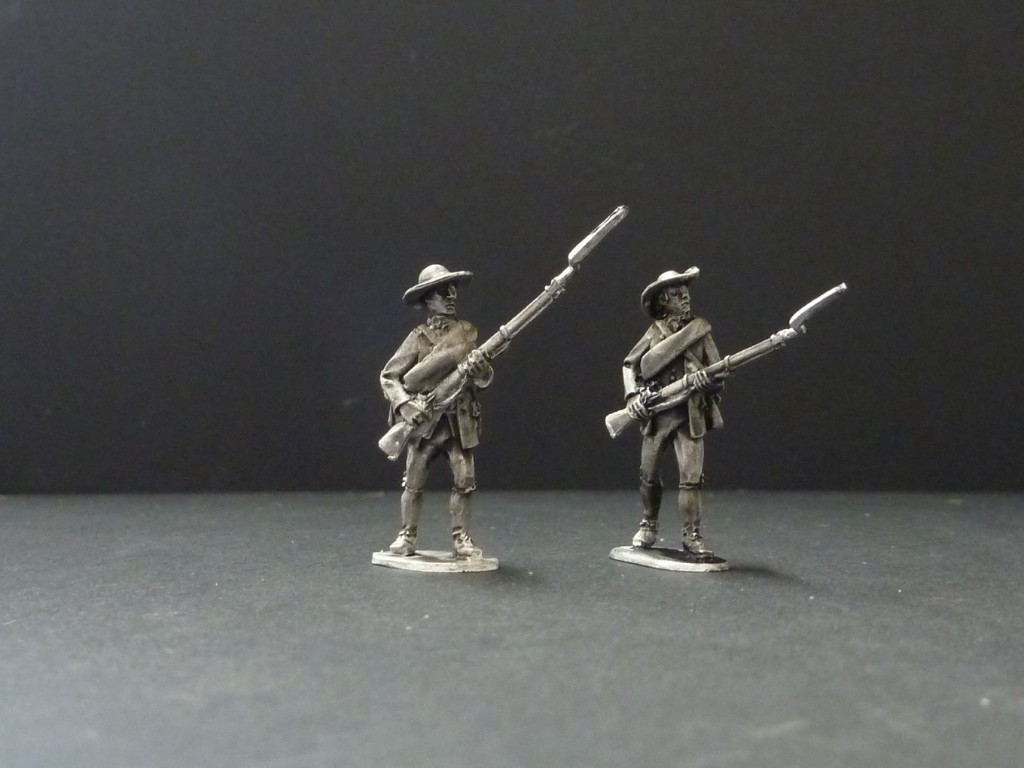 Slightly ahead of schedule there's a few new releases - available to pre.order are the generic militia figures - four different figures in short coats and light equipment.I'm using mine for Georgia militia for my 'Jenkins Ear' campaign but they are also suitable for the AWI.

In the shop now and available to buy is a British General, this is the first of a series of Generals and ADC's hat will become available for the British and French armies

So what of 2018 - this will see the final pieces of the Jacobite range ( Pistligo's horse and possibly casualties). Quite a lot more French - In time for Salute there should be more Hussars including Horse holders and ADC's and Chassuer de Fischer infantry.
Musquetaires of the Guard will follow and lot's more.
What of the early Saxons promised last year ? Well with ongoing health issues with Richard these were delayed however now Andy Stadden has picked up the sculpting I'm hoping to release the first part of the range mid year.
Can I thank you again for your continued support, without it then Crann Tara would not be expanding and releasing new figures.
So All the Best for 2018 and keep watching.

Crann Tara Miniatures News
This entry was posted on Thursday, December 28th, 2017 at 20:36 and is filed under News. You can follow any responses to this entry through the RSS 2.0 feed. You can leave a response, or trackback from your own site.