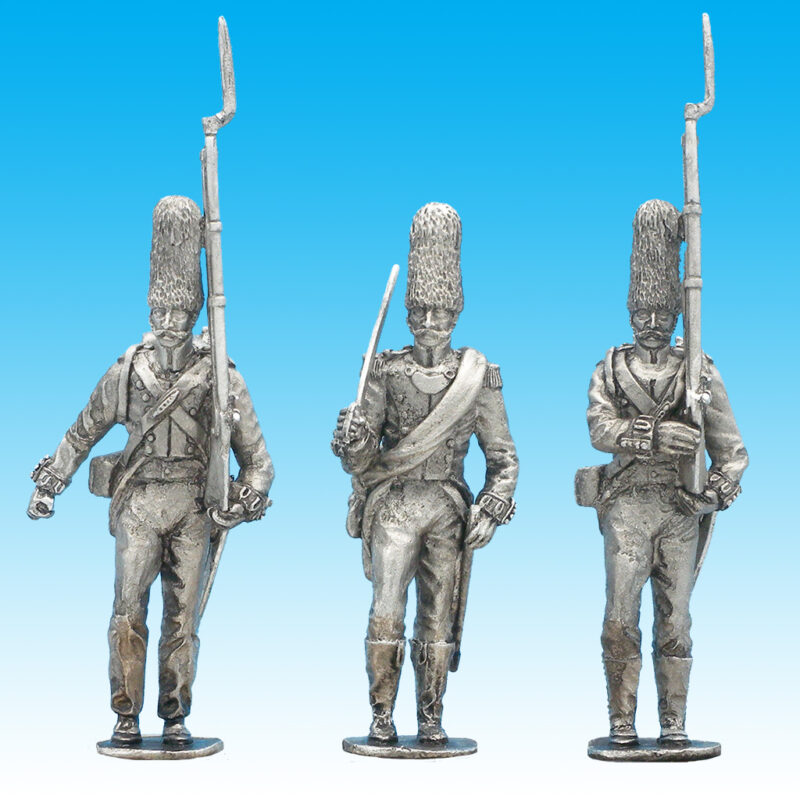 Fighting 15s has begun expanding its offering of 40mm Napoleonics figures with the addition of three codes for Spanish grenadiers.

Originally commissioned and produced privately by Alan Mercer, these figures are now owned by Fighting 15s. They join the range previously produced by Flashing Blade that we acquired way back in 2012 and have been aching to develop.

Now that Fighting 15s is free to develop its own figures, we have more 40mm on the way, plus we are remaking some of the original Flashing Blade moulds to improve figure production and quality.

The miniatures are being produced from brand new moulds, following some adjustments to ease production.

Figures cost £3.50 each including VAT.

40mm Fighting 15s Napoleonics New Release
This entry was posted on Wednesday, August 26th, 2020 at 15:49 and is filed under News. You can follow any responses to this entry through the RSS 2.0 feed. You can skip to the end and leave a response. Pinging is currently not allowed.