At long long last, we have released the first codes in our World War 2 range. These cover basic infantry for the British, German and US forces, all from 1944. The Igor has quite rightly muttered darkly that we should have waited until the LMGs and light mortars were available too, but I get the feeling that if we'd have put off any longer, Angry Mob Inc. would have been gathering outside the workshop pitchforks a-waving and torches a-flaring. 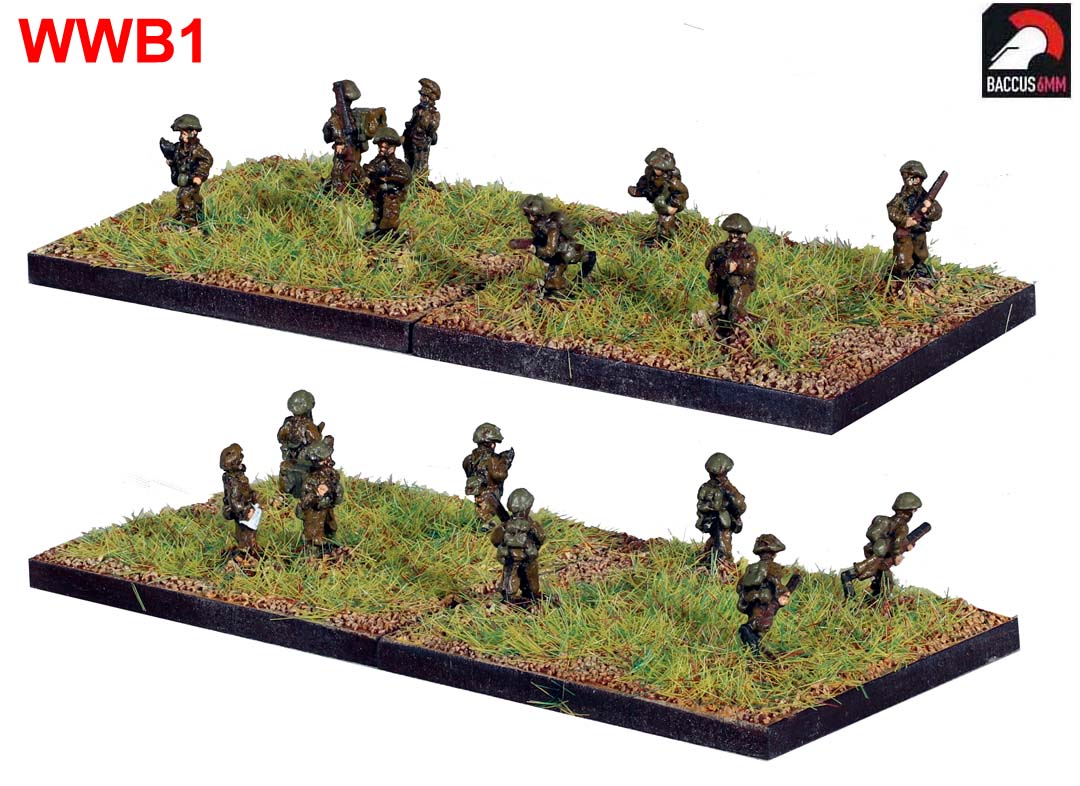 The vital point to note is that this is just the start. There's lots of stuff coming behind the infantry,

If you want to get an idea of what to expect, the Great War range took just 14 months to grow from just three codes to where it is now and we've got much bigger plans for the Second World War.

You can see all the details here link

We'll have these with us Vapnartak in York this coming weekend. Because of my usual lack of efficiency I've not got the show calendar up on the site which means that you've not been able to place any pre-order. We will definitely be at the show in our normal spot, amply provided with the new codes as well as all the old favorites. If you want to place a pre-order for collection, then please do so, but you'll have to do so by email at the usual culprit of [email protected]

6mm baccus New Release WWII
This entry was posted on Tuesday, February 2nd, 2016 at 10:03 and is filed under News. You can follow any responses to this entry through the RSS 2.0 feed. You can skip to the end and leave a response. Pinging is currently not allowed.