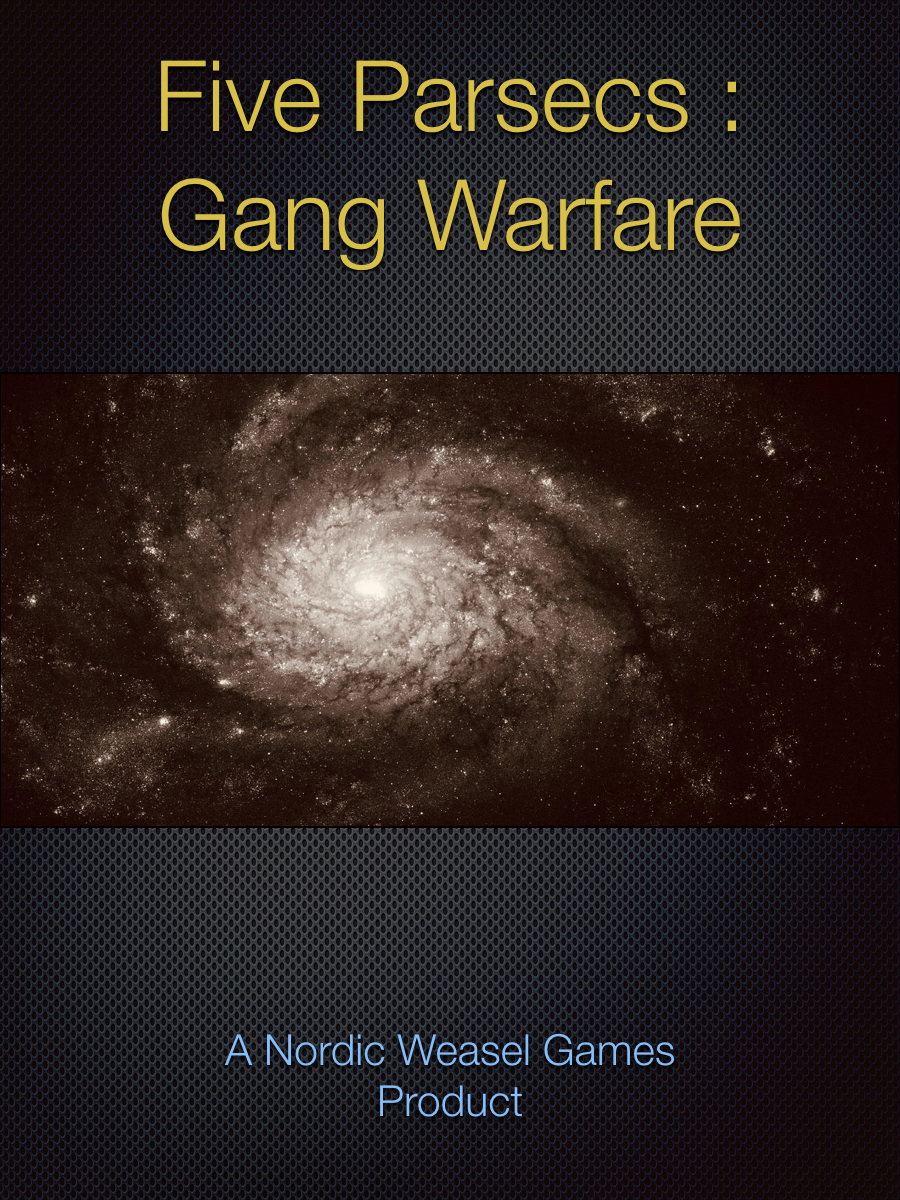 The Five Parsecs solo-gaming adventure is about to get bigger and better with the release of Five Parsecs : Gang Warfare.

Focused on leading a gang of futuristic criminals, outcasts and miscreants, the new rules follow the same structure of simple mechanics (designed for solo gamers from the bottom up), intriguing and fun character creation and a fully featured campaign game.

Can you take your gang from scraping by in the gutter to ruling the city?

The new rules include more detailed encounters, rewritten campaign tables and actions and more space-criminal carnage than you can shake a laser pistol at!

All you need is 6-8 miniatures in any scale you like, along with suitable figures for their opposition and you are ready to play.

This is a complete stand-alone game, you do not need a copy of Five Parsecs From Home to play.
However, if you own both games, you will be delighted at the most exciting part:

The rules are completely compatible, letting you transfer characters between campaigns.
If your adventuring party is down on their luck, maybe it’s time to go slum it with the gangs and psychos for a while.
Maybe your gang leader can finally realize their dream of escaping to the stars.

The adventure just got a lot bigger and there’s more to come.

The core philosophy of the Five Parsecs game engine is that solo players deserve rules written with them in mind:
That means easy rules that still offer some tactical finesse.
It means avoiding a host of special rules and exceptions to track.
It means campaign rules and randomized opposition.

And the Five Parsecs From Home rules are available at HERE

New Release News Nordic Weasel Games Sci-Fi
This entry was posted on Monday, December 11th, 2017 at 08:21 and is filed under News. You can follow any responses to this entry through the RSS 2.0 feed. You can leave a response, or trackback from your own site.