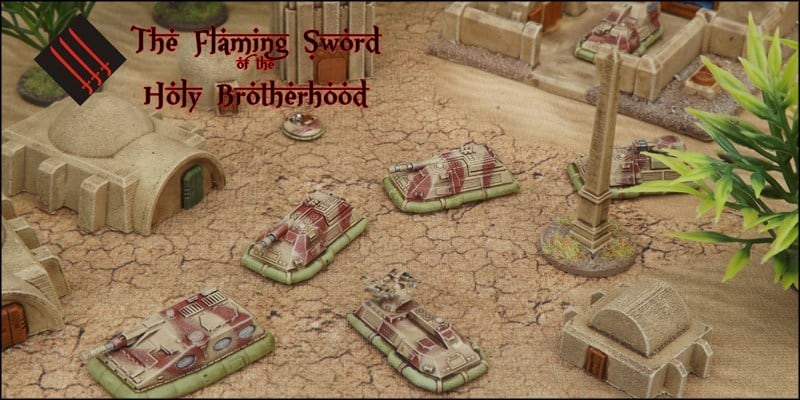 The latest new releases on our website today are 6mm versions of the GS series of GEVs used primarily by two mercenary units, The Flaming Sword of the Holy Brotherhood and Ben Mehdi’s Legion (formerly known as Broglie’s Legion and, before that, Baffin’s Legion). There are seven new vehicles and variants, all based on the same hex-skirted hover chassis. They join the existing M12 heavy tank destroyer.

We’re working on a number of pre-defined detachment packs for the FSHB – hopefully they’ll be on the website next week.

6mm Brigade Models New Release Sci-Fi
This entry was posted on Friday, August 16th, 2019 at 09:47 and is filed under News. You can follow any responses to this entry through the RSS 2.0 feed. You can skip to the end and leave a response. Pinging is currently not allowed.