A Crappy Hill Too Far…

The Mad Mullah’s men moved fast onto the hill, but not fast enough to spot where the downed Airmen had scuttled off to. The Mullah had his first attack of the vapours at this and sent a search party on the hunt. He then bent to siting his vunderveapons with a splendid field of fire to the bridge the Infidels must cross. First impressions were very encouraging 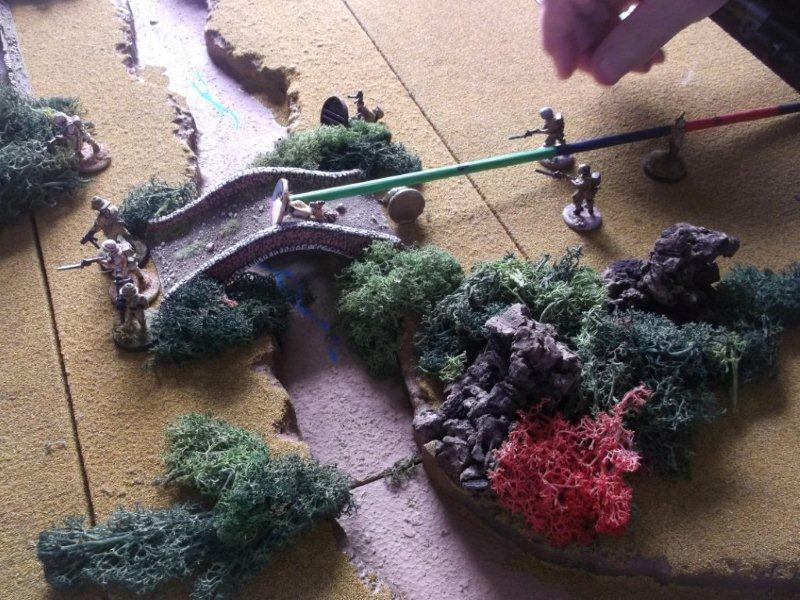 Much praise and blessings to Allah echoed around the hilltop, a great reckoning had been had! The import of all this seemed to get a tad lost on the Brigade of Guards though, a blizzard of Lewis and a ‘mad minute’ of rifle fire bowled the Mad Mullah down the hill and well and truly sorted out his new toys. In minutes the only thing left standing on the hill being a Vulture, licking it’s lips and eyeing up the dead sniper and Maxim crew. As two of his men carried the wounded Mullah to safety, they pondered at Allah’s whims and fancies, his wonders to perform. 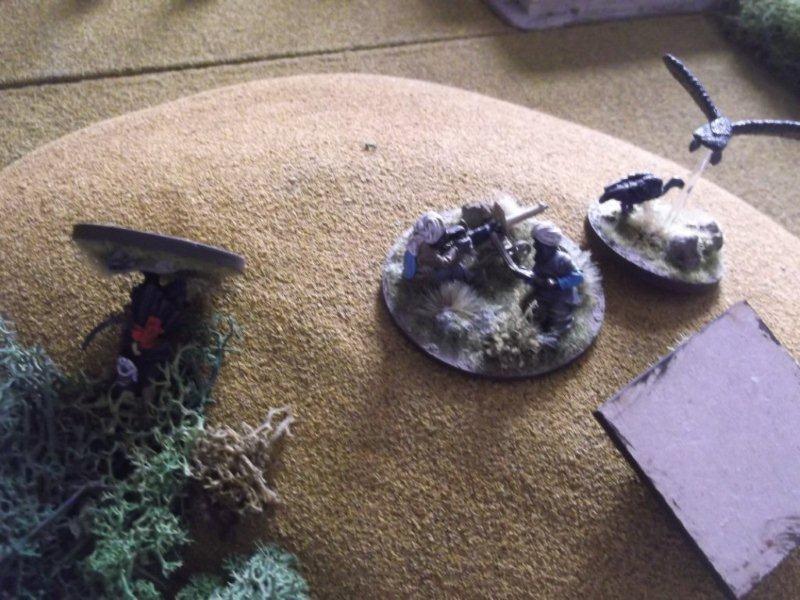 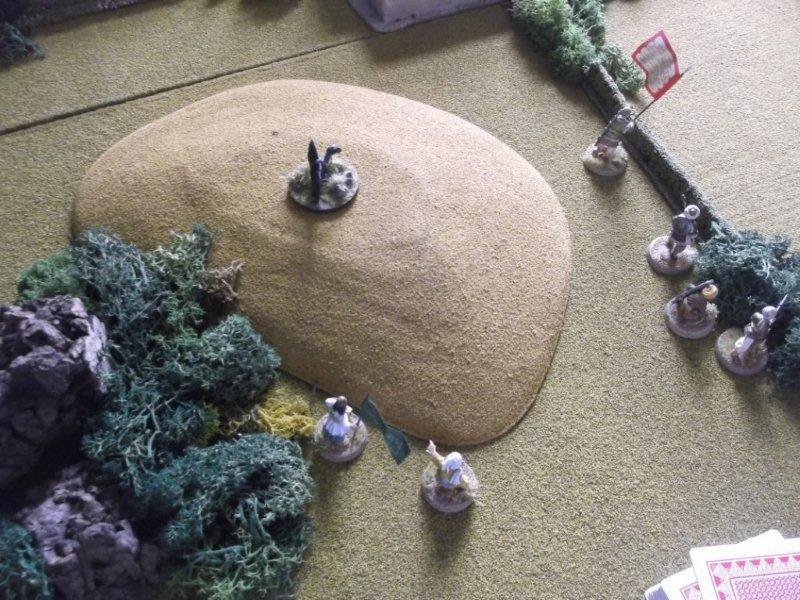 But wot of Lord Flash and his reluctant sidekick Slacky? They watched as the search party closed in. Then opened fire as the door to their hideout was kicked open, and laughed with relief as the smelly Afghan hounds hit the deck. Not used to the wily and treacherous ways of down in the dirt scrapping they fell for the oldest trick in the book! The egg went splat under the hat as the two ruffians jumped back up and knocked them both senseless, they came round trussed like two oven readies! 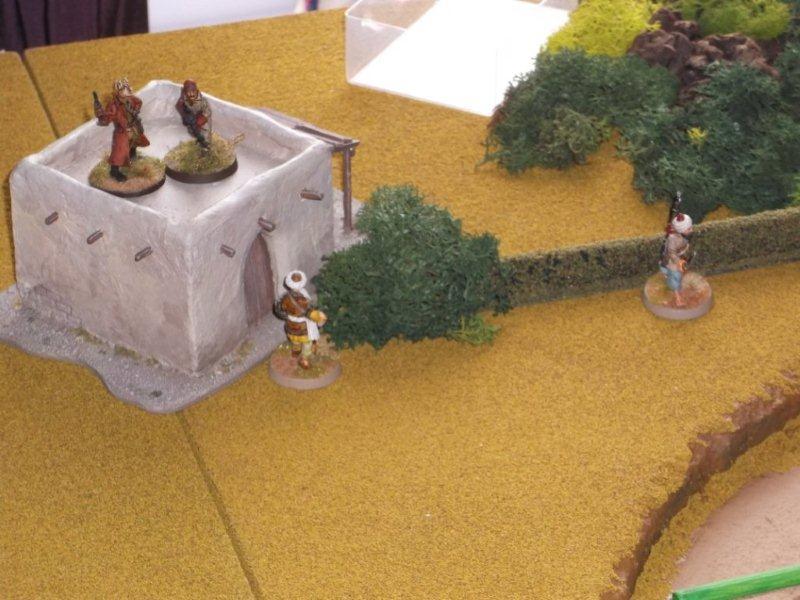 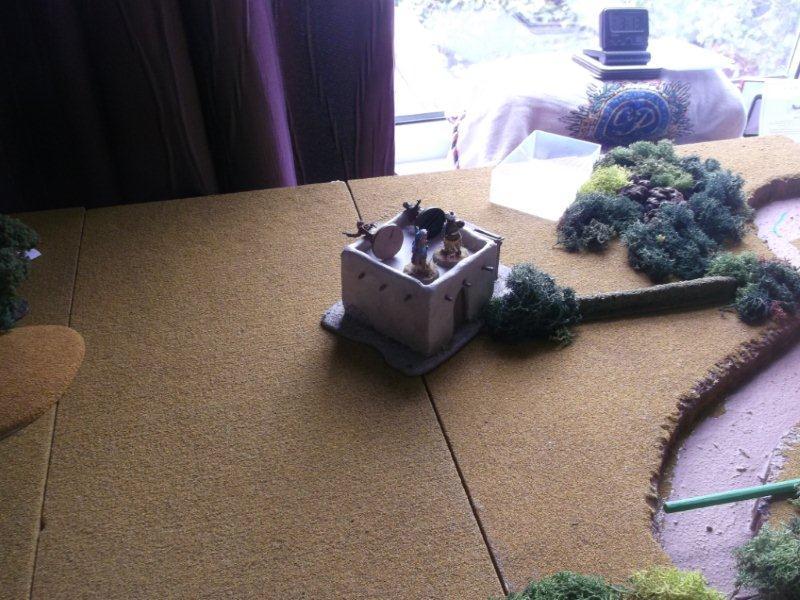 Making off to report the search party quickly realised that their efforts were going to be the high water mark of the Beloved’s day. Attempting to engage Britain’s finest in a protracted shootout had proved a disaster for the baddies… Although one drug crazed swordsman did survive the carnage long enough to deliver Major General Faversham a wicked sabre cut to his melon. Luckily this was the densest part of his body and only parted him from wot passes as his senses… 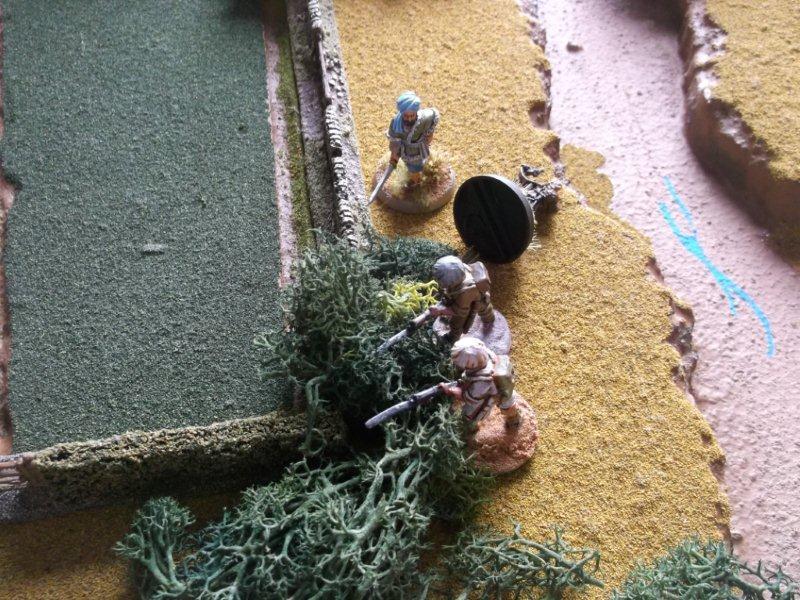 The last fling of the Mad Mullah’s underlings hung upon the turn of a card…. 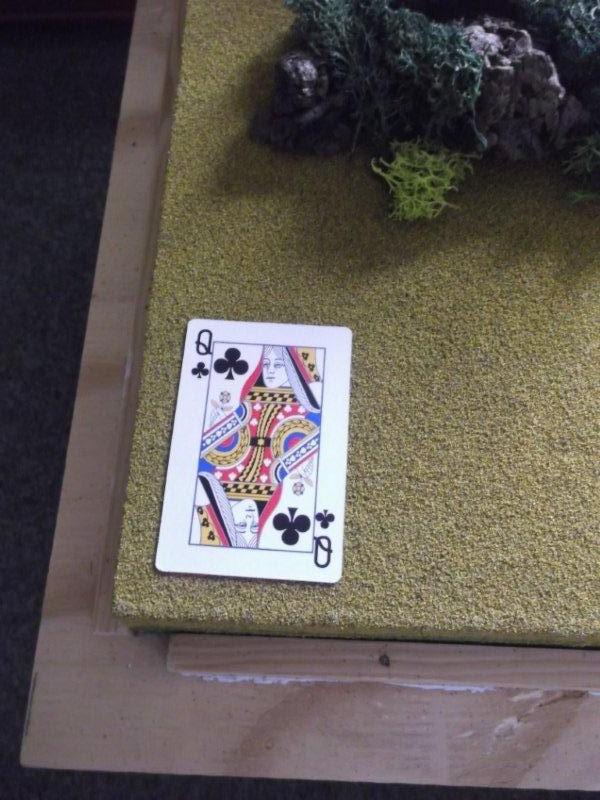 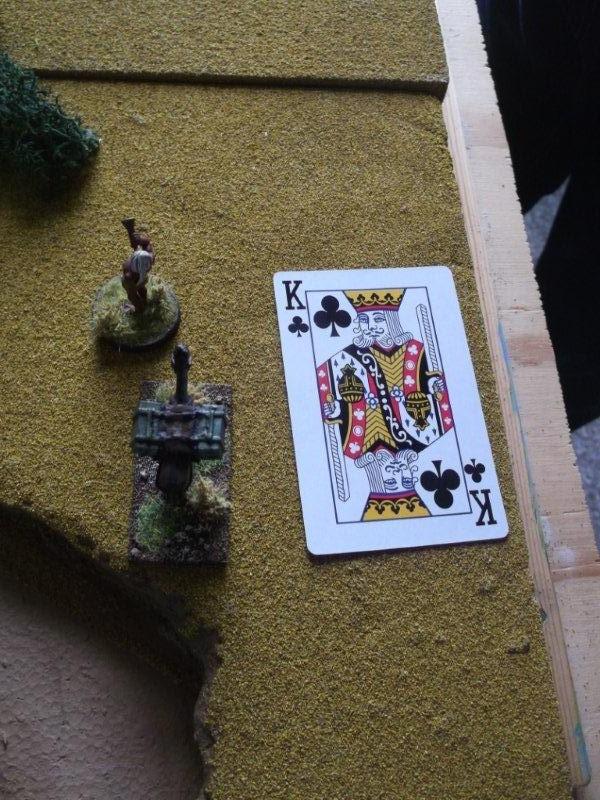 The Bugle call was.