I really liked the idea but I kept thinking these characters should be able to take familiars instead of animal companions so I painted up these guys.

Now all I have to do is think up some stats for them. 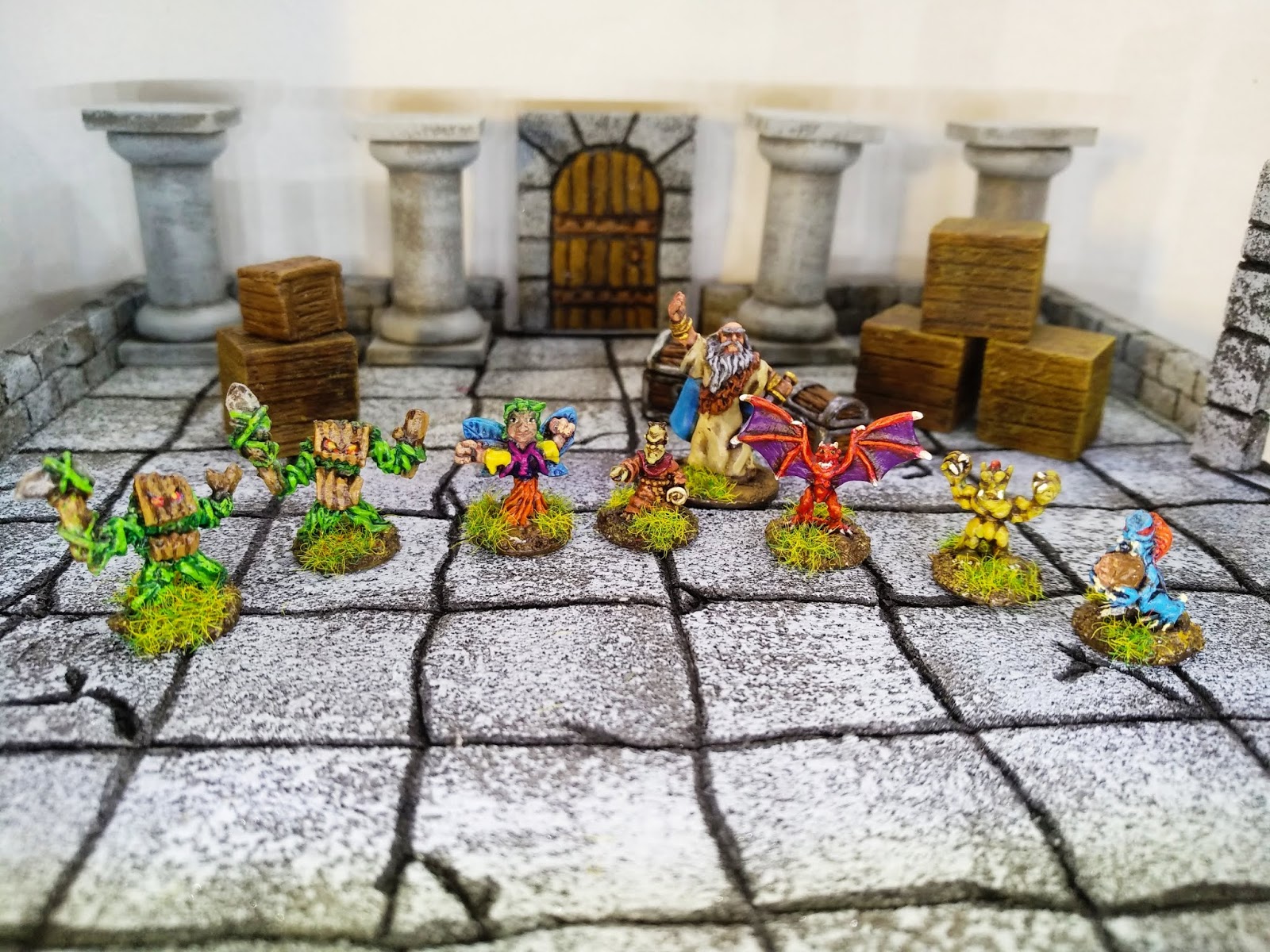 I also finished two more traditionnal looking rangers a cleric and an executionner, I don’t know what I’m going to use him for yet, I just think he looks cool. 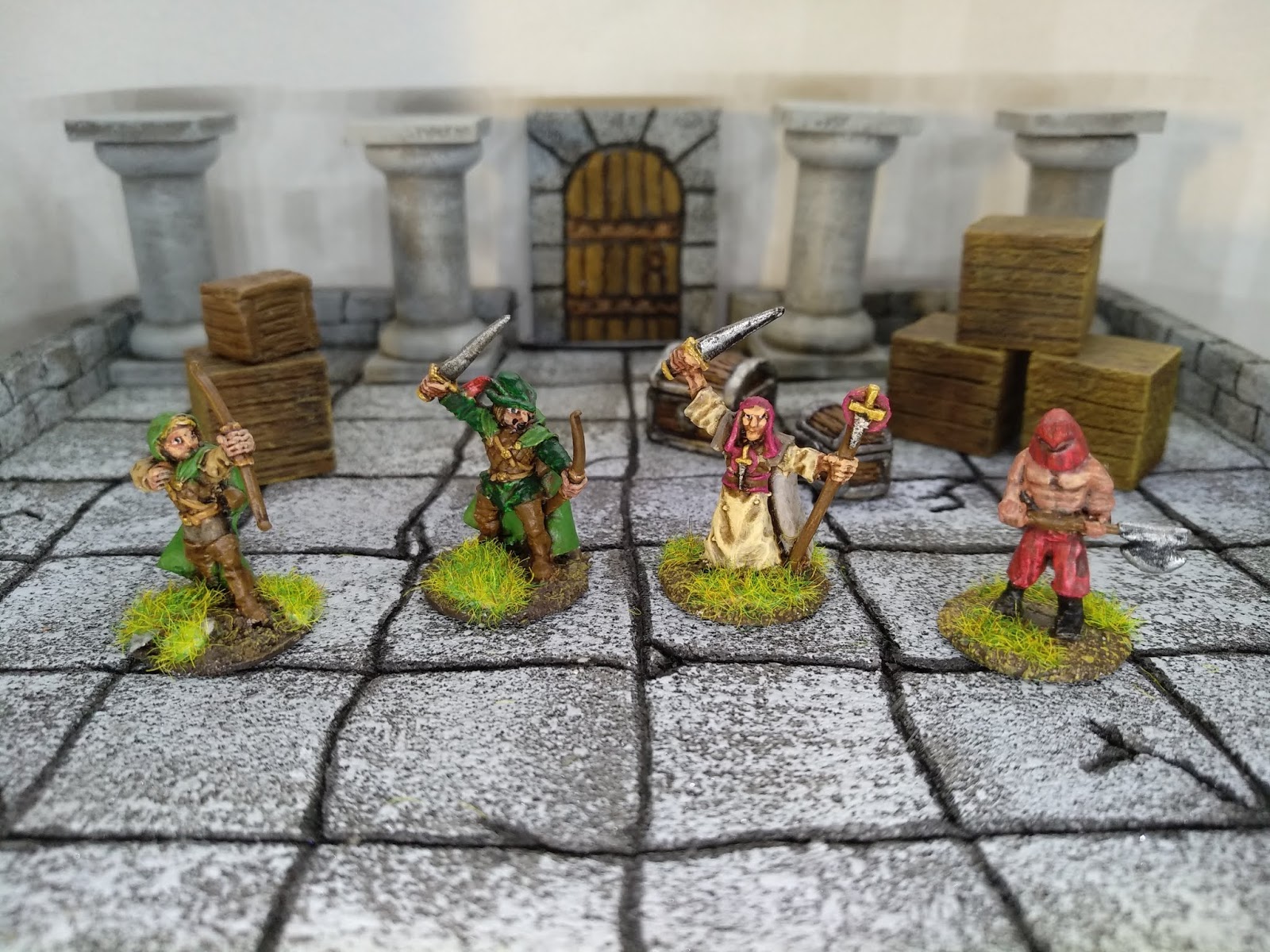 Besides painting I also managed to do some sculpting.

This one was a bit of an experiment. Its made completely out of plumbers putty. why?

Well, I have a tendancy to spend way to long trying to get some of the details just right when I’m sculpting, plumber’s putty cures in 5 to 10 minutes so that forces me to work fast.

This stuff does not take detail as well as green stuff and I also didn’t even know what it was going to be when I started sculpting so over all I’m pretty happy with how it turned out.

I imagine it as a cross between an armadillo and a shark (there’s a d&d monster like that I think).

I may do a second one bursting up out of the ground , could be fun for a Ghost Archipelago scenario. 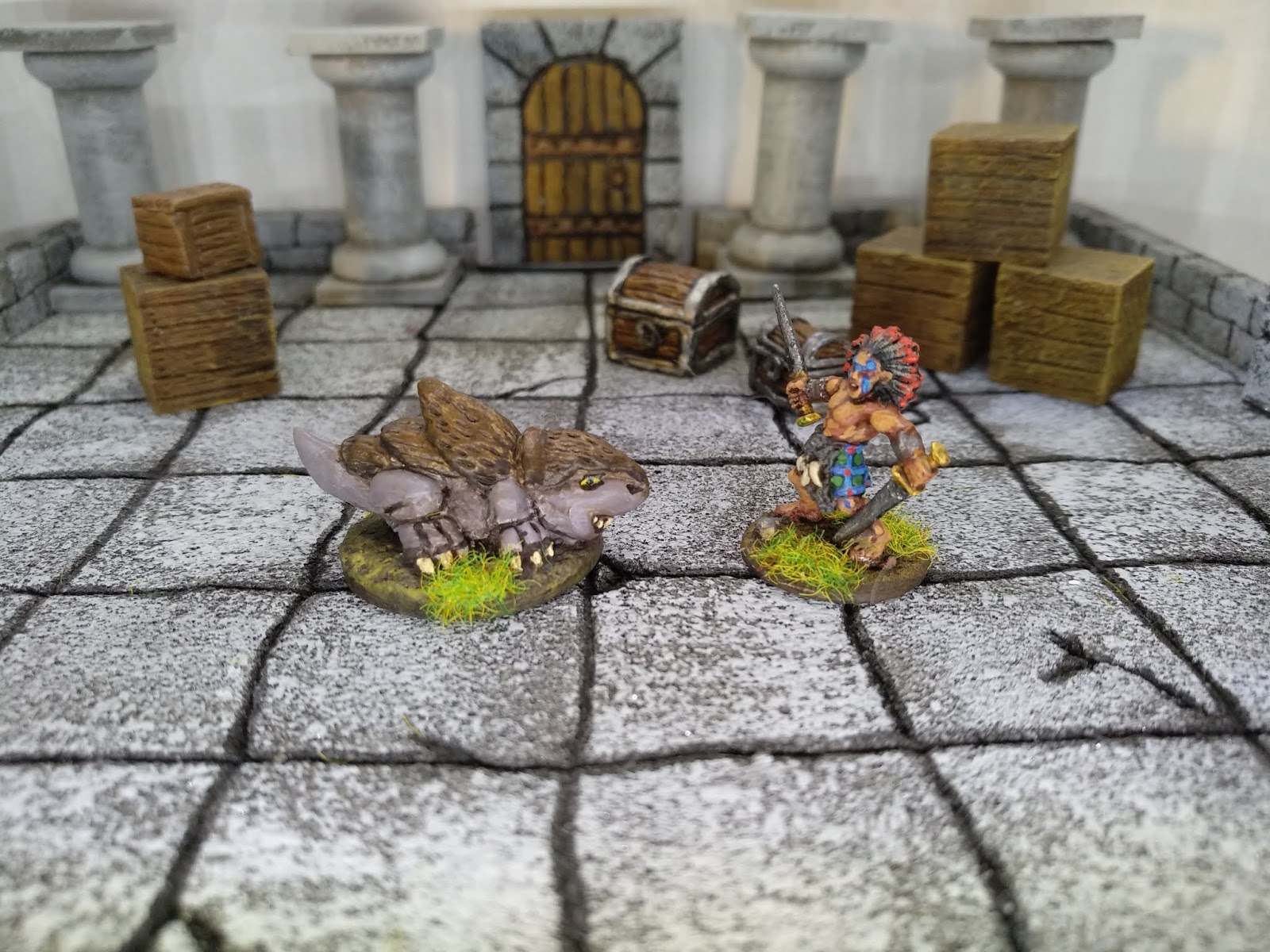 That’s it for now, I hope you enjoyed it.