Had a day off, and worked up the courage to prototype the colors for some Florentine Terror Bird Cavalry. These fellows are a crazy breed, half in love with death, gobbling up danger like ordinary Florentines eat gelato. 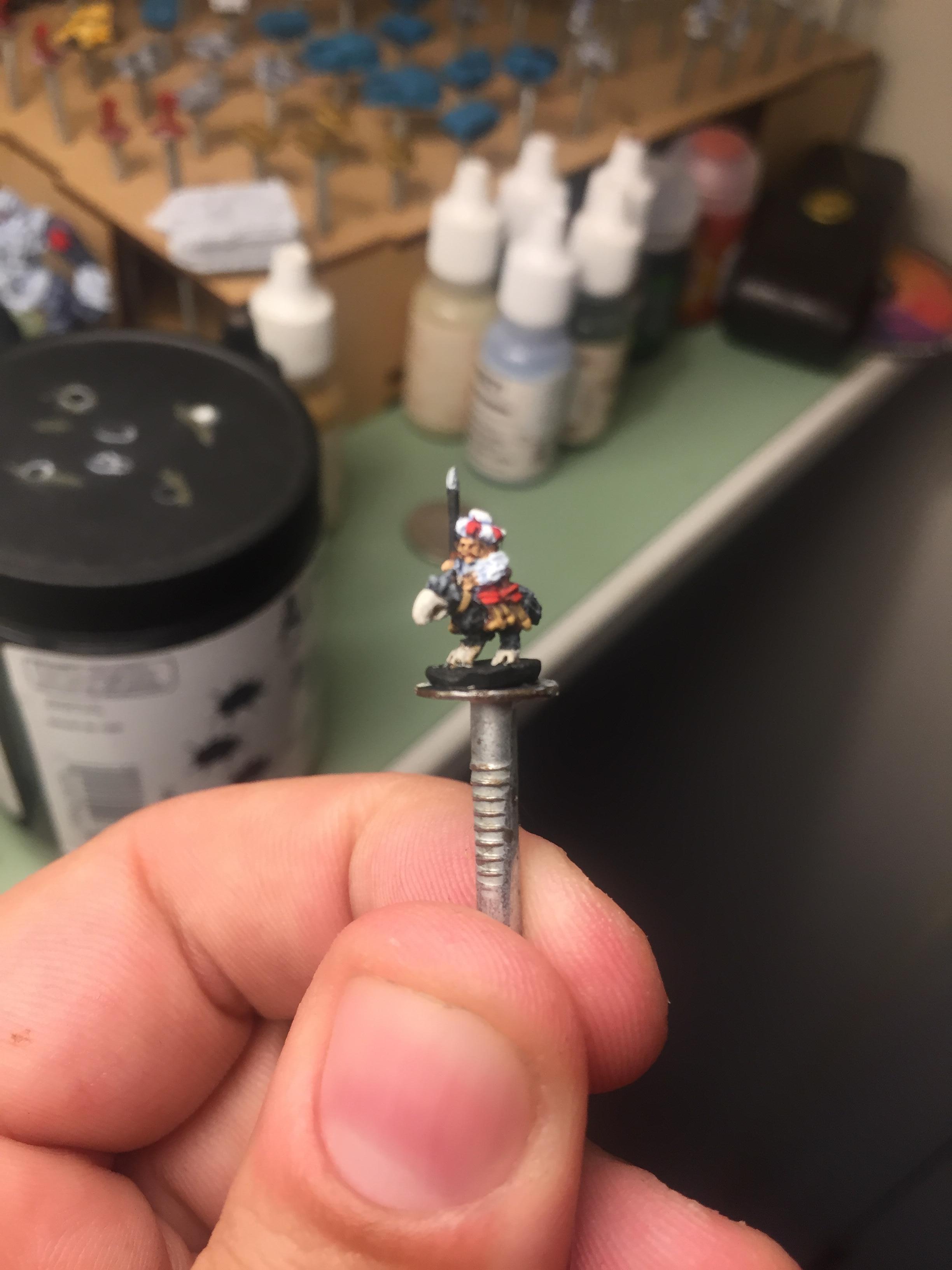 Their monstrous mounts come not Florence herself, but from one of the trading posts Republican merchants have established on the extremities of the New World. The trade treaty with Portugal allowed them to found a trade mission on the edges of Hy Brasíl, from whence traders brought back the first Terror Birds (Aracheoraptor Terribilis) as chicks. The birds bond strongly with their human riders, to the extent that if their rider is killed, they will go into a near-suicidal frenzy of vengeful grief. Only the hardiest and most heavily armored troops in the Venetian army have dared to stand their ground against the swift talons and razor-sharp beaks of the terror birds.