Emboldened, I prototyped my first Ratkin Warrior.  In this universe, they’re neither good nor evil, they’re just their own race, and they’re having their own power struggles.  The Rats of Averlino, known for their fine textile and leather work, trade with the Florentines.  The Plague Rats, however, have made common cause with the Fallen Empire.  Ratkin in general are not very skilled with metals, however, so they generally have to trade or scavenge for what they need.

This is a Rat of Averlino, wearing a leather hauberk and wearing a “Rat Blue” hood of Averlino manufacture, one of the unique colors of textile his people are known for.  His people stood with the Florentines at the Battle of Treponti when the vanguard of the Fallen Empire landed in Italy.  Nevertheless, they suffer the suspicion of the Venetians, who often mistake the Averlinian Rats for the Plague Rats who have raided the Ionian Coast repeatedly since 1413. 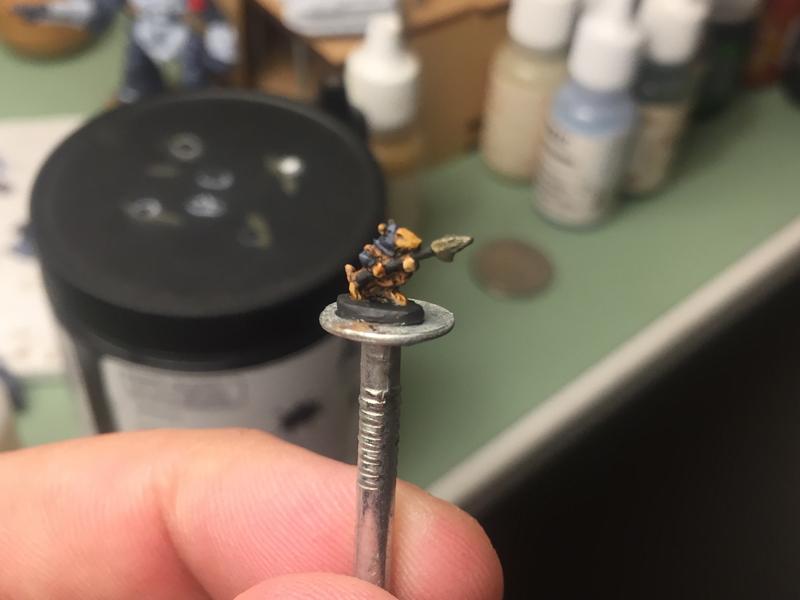