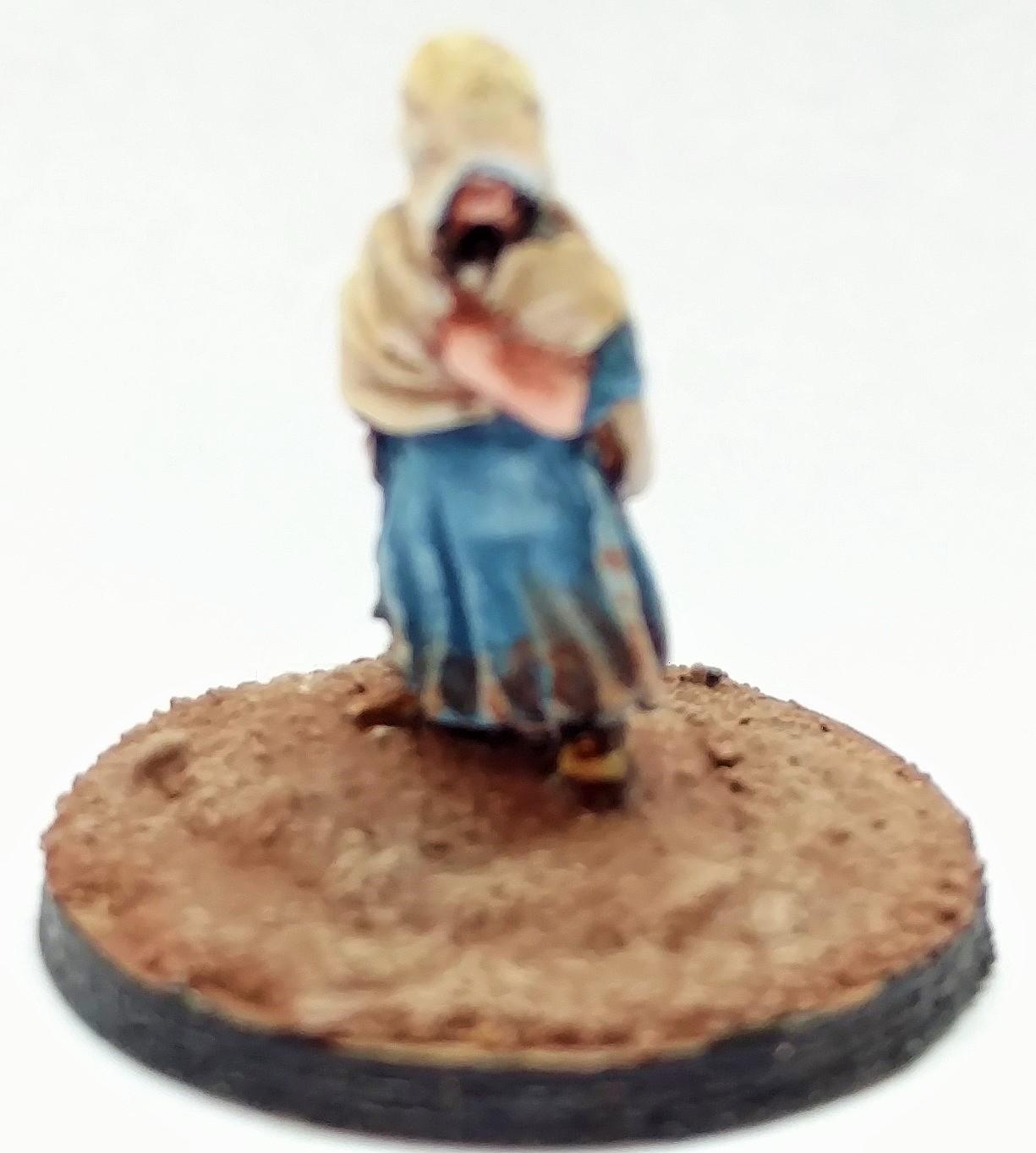 Not the best picture but you get the idea. She’s a civilian waiting to be rescued. 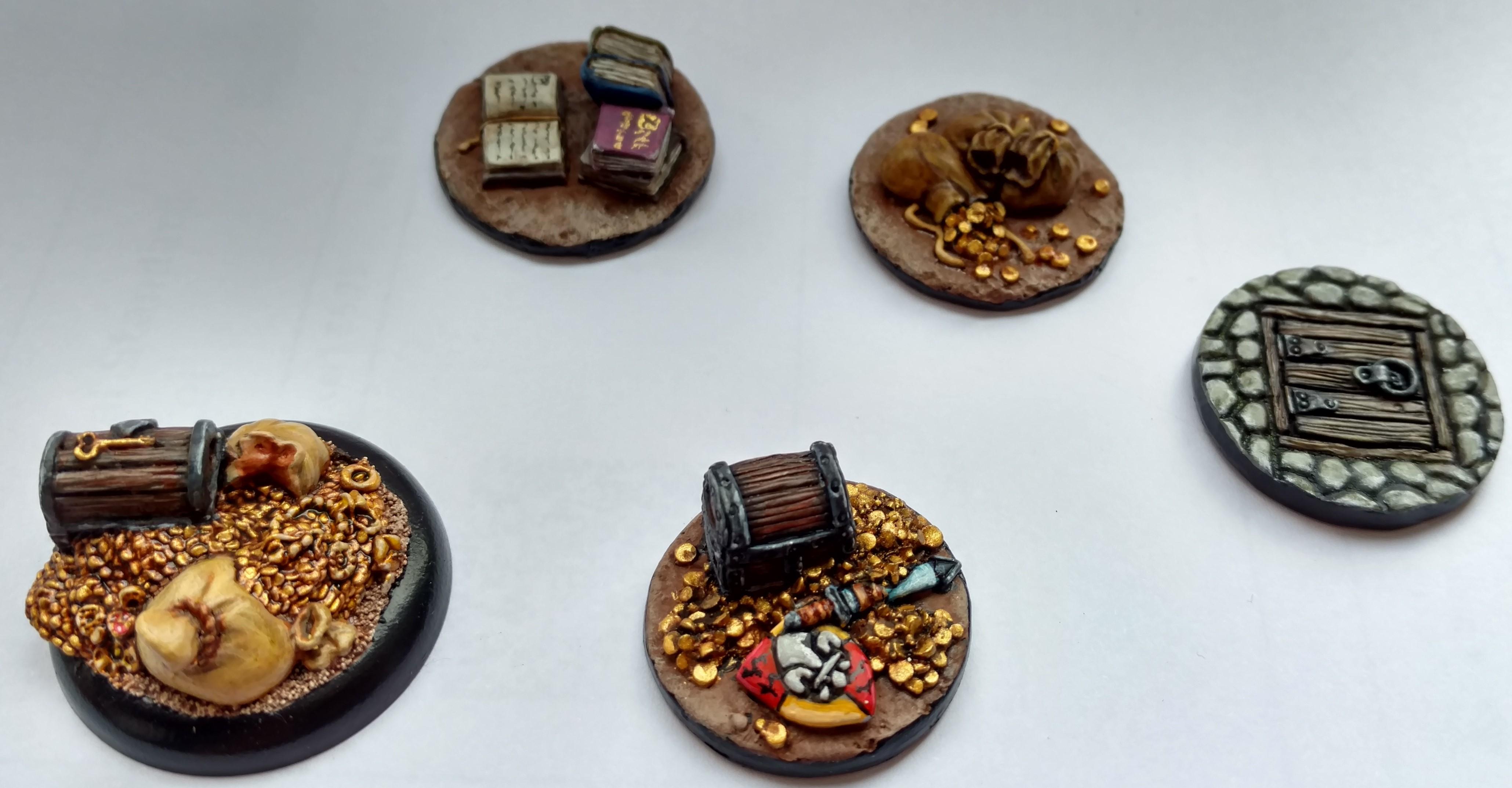 OOP resin tokens from Oathsworn, despite them being made for a 28mm game are they a great match for 15mm. Also, I like my objectives to stand out a bit so I don’t mind the fact they(re slightly larger than the norm.

And finally some spider web cocoons, made from some cotton buds. They’re not the best looking tokens but at least they’re cheap and they look the part.