Glad you guys are enjoying 🙂

Did a playtest last night, using 1 US platoon with arty support vs 2 VC platoons, with the VC flanking. The US detected the VC first, advancing slightly into cover and going prone, but the VC saw them too at around the same time, and began firing at long range, suppressing the 2 US squads, but not causing any disorder (the US already being aware, and the VC being within their line of sight).
Meanwhile VC flanked the US from around some scrub, advancing very close and opening fire, wounding one US soldier although not seriously.
The US called in artillery support, requesting a registration round on the flanking VC platoon. Once this was confirmed, they called in FFE (For For Effect, where all 6 guns in a battery continuously fire as fast as possible at one area, until ordered to stop), instantly wiping out a base of VC (initially inflicting a total of 5 casualties – 1 KIA and 4 wounded) and causing the rest of the platoon to flee or be pinned and later wiped out. The VC were unable to retrieve their casualties.

While only 2nd playtest, it already feels like Vietnam, with the US relying entirely on artillery to prevent being overrun.

An image of the battle: 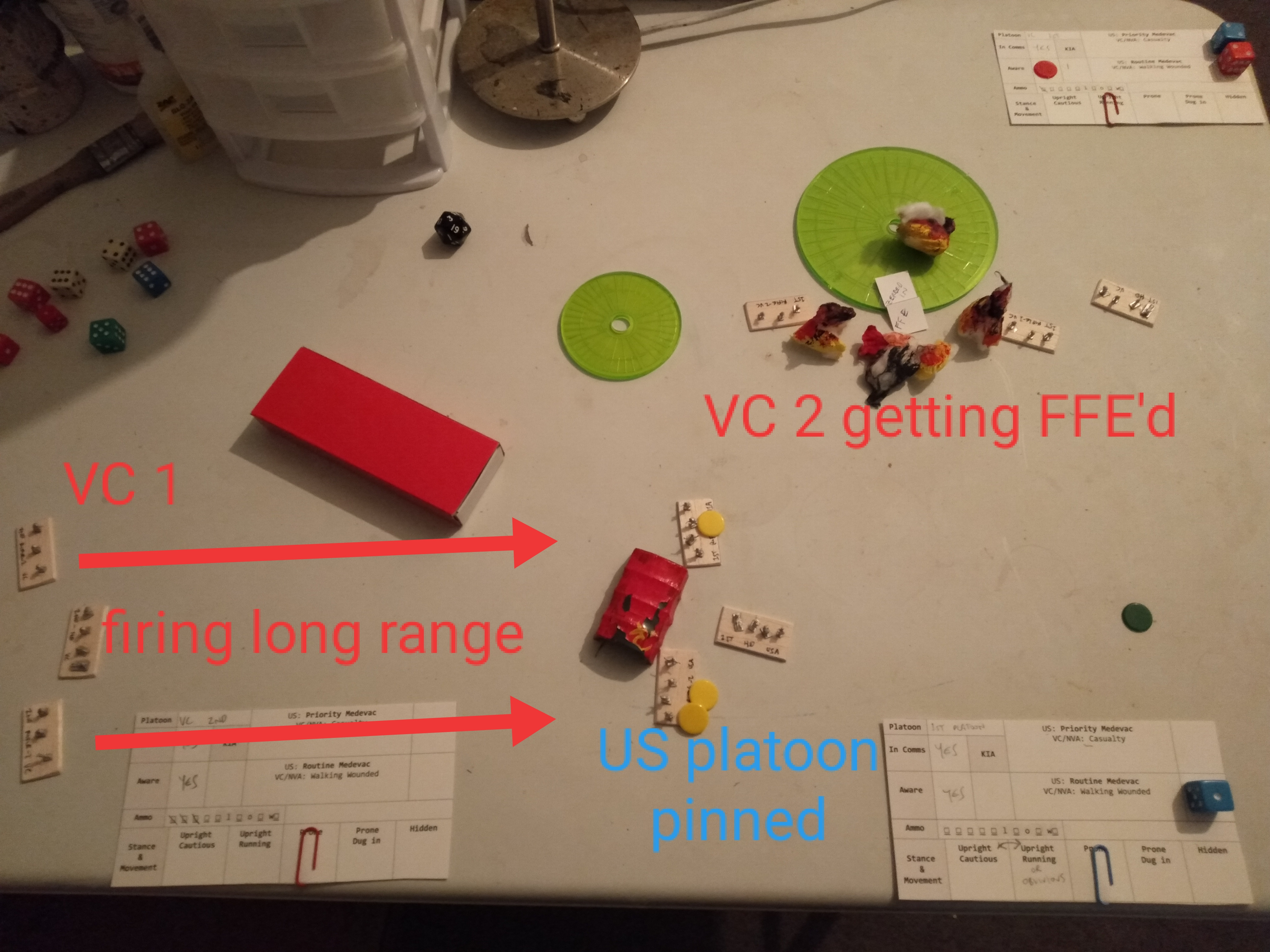