It’s 0630 on 7 July 1943 in western Russia, where the I Battalion, Panzer Grenadier Regiment 101, 18th Panzer Division is carrying out an assault on Soviet defensive positions in and around the village of Snava (which is also a Soviet supply depot) held by elements of the 2nd Battalion, 676th Rifle Regiment, 15th Rifle Division. This is part of the German offensive to eliminate the Kursk salient, specifically on the northern shoulder of the bulge, as German forces push towards Ponyri.

It’s been a little bit of an issue that I literally just sold off a bunch of German late war gear, so I’m a bit understrength, but Steve is working with me to make sure the fights I get match up with the forces I have. This is the first fight I’ve played, and I hope it wasn’t too much a pain for him, I certainly want to keep going! First, I love to play games; second, it’s been way too long since I’ve played any Eastern Front games (maybe eight years or so?); and lastly, I’m a solo gamer that still craves some comradery, so whenever I can help another wargamer out, I’m always quick to jump at it. 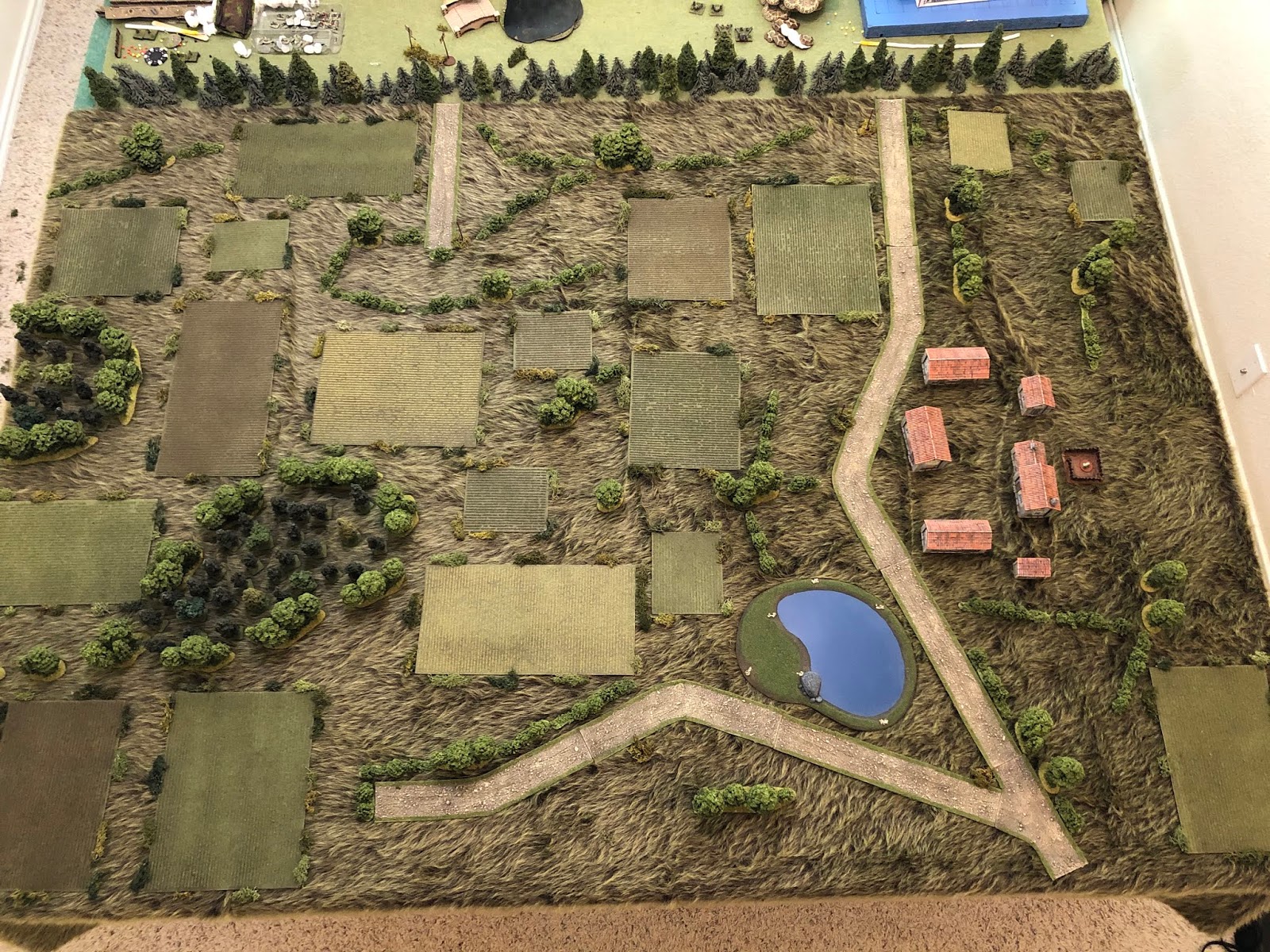 Overview, north is up.  There are a couple primitive roads, mostly running north-south, with a couple patches of heavy wood in the west (left), a large, man-made pond in the south (center bottom right), and the village of Snava in the east (right).  Other than that it’s flat terrain covered in crop fields broken up by a few stands of trees, with over grown brush flanking them.  The brush provides limited concealment, but no cover, and does not block line of sight.  The buildings of Snava are stout stone structures, offering good cover.

The orders of battle:

I’m playing in 10mm (figures, vehicles, and gear a mix of Pendraken and Minifigs UK) based at one stand=one squad, weapon, or vehicle. I’m playing this game using Too Fat Lardies’ “I Ain’t Been Shot Mum” rules, simplified a bit in terms of combat, morale, and movement. 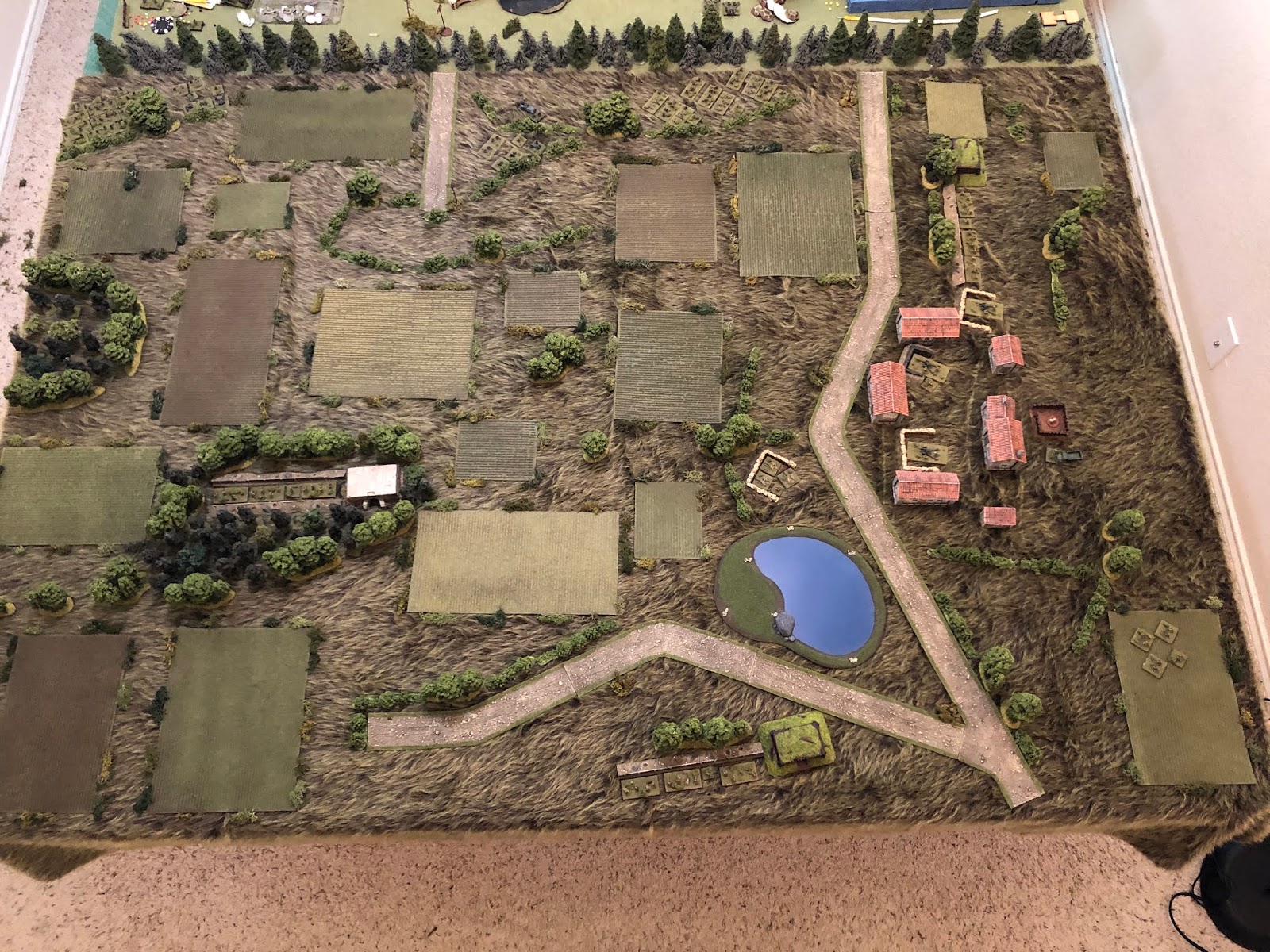 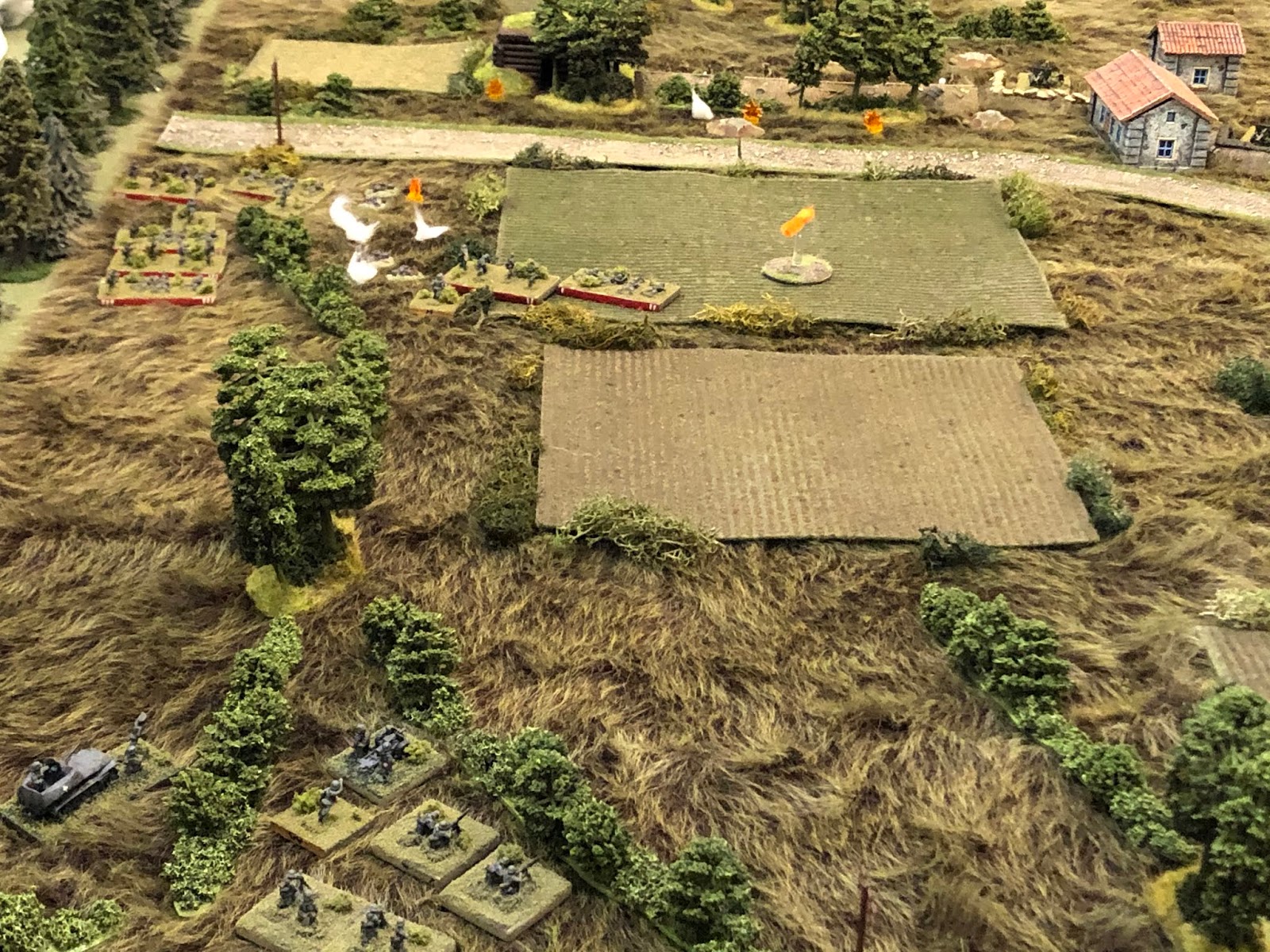 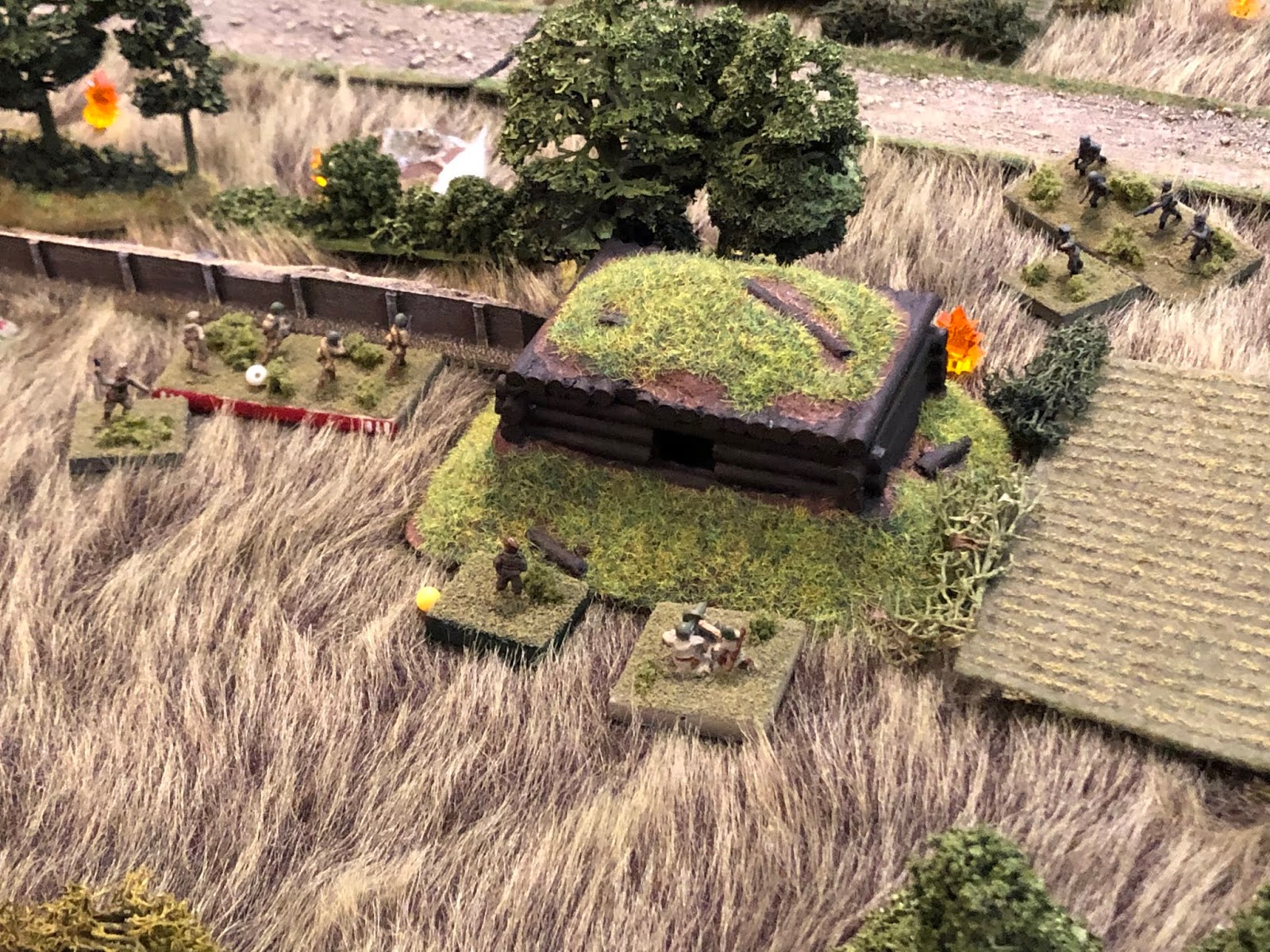 The Soviets (bottom left) try to rally the defenders of Strongpoint Masha as the Germans advance (top right).  This would be location of some of the most bitter, vicious fighting ever seen on a tabletop! 😉 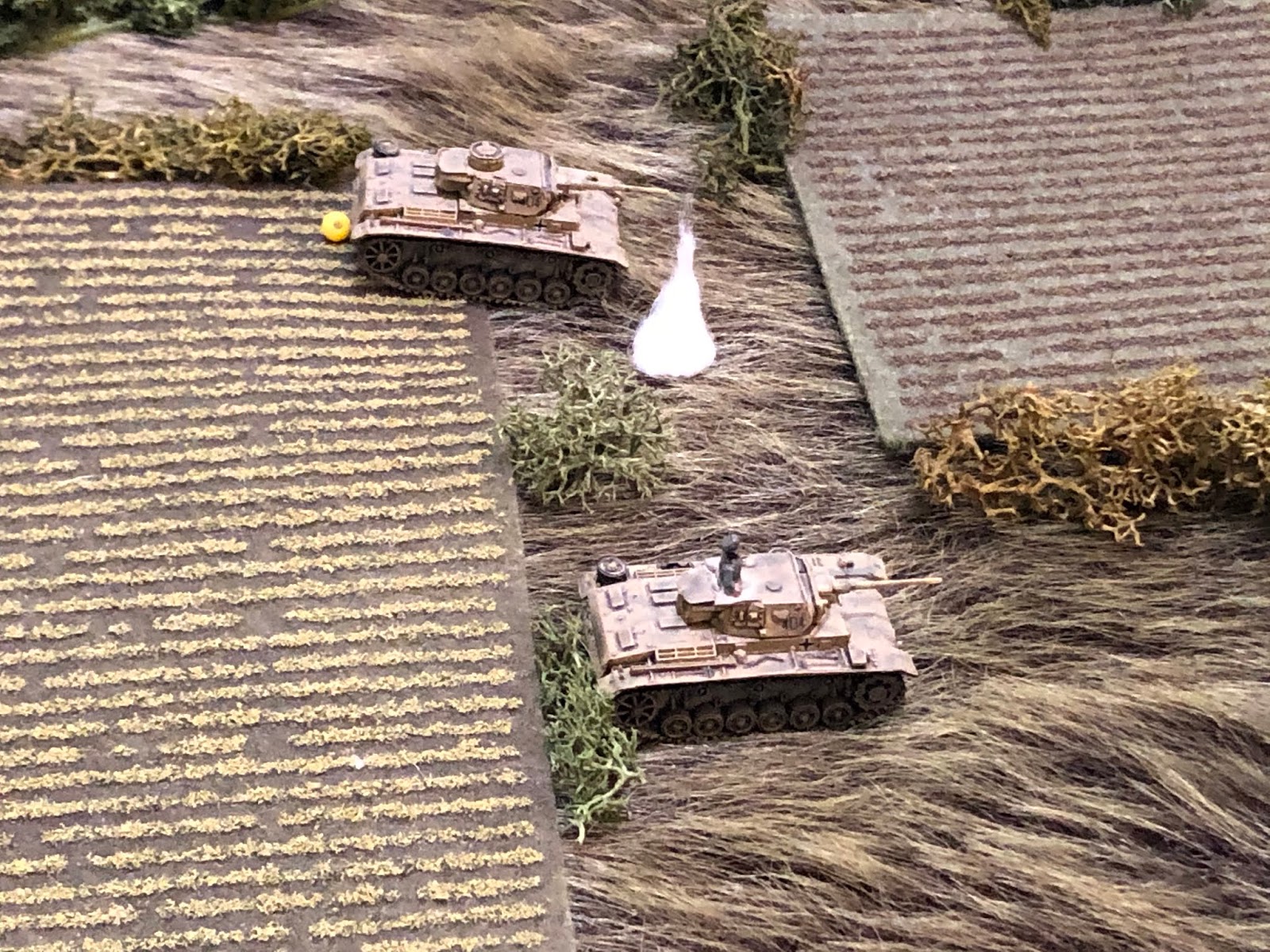 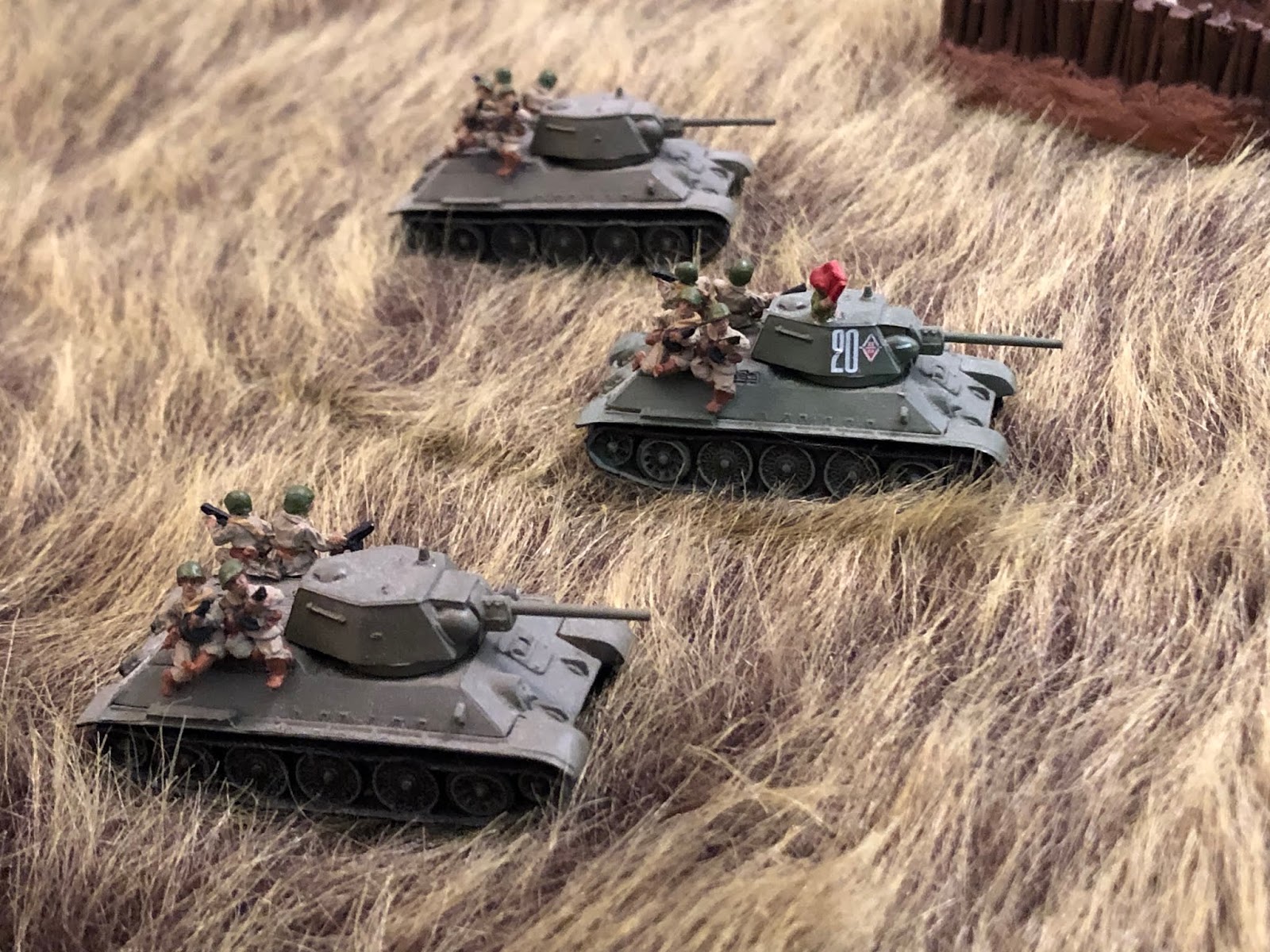 Though the Soviets had a rejoinder… 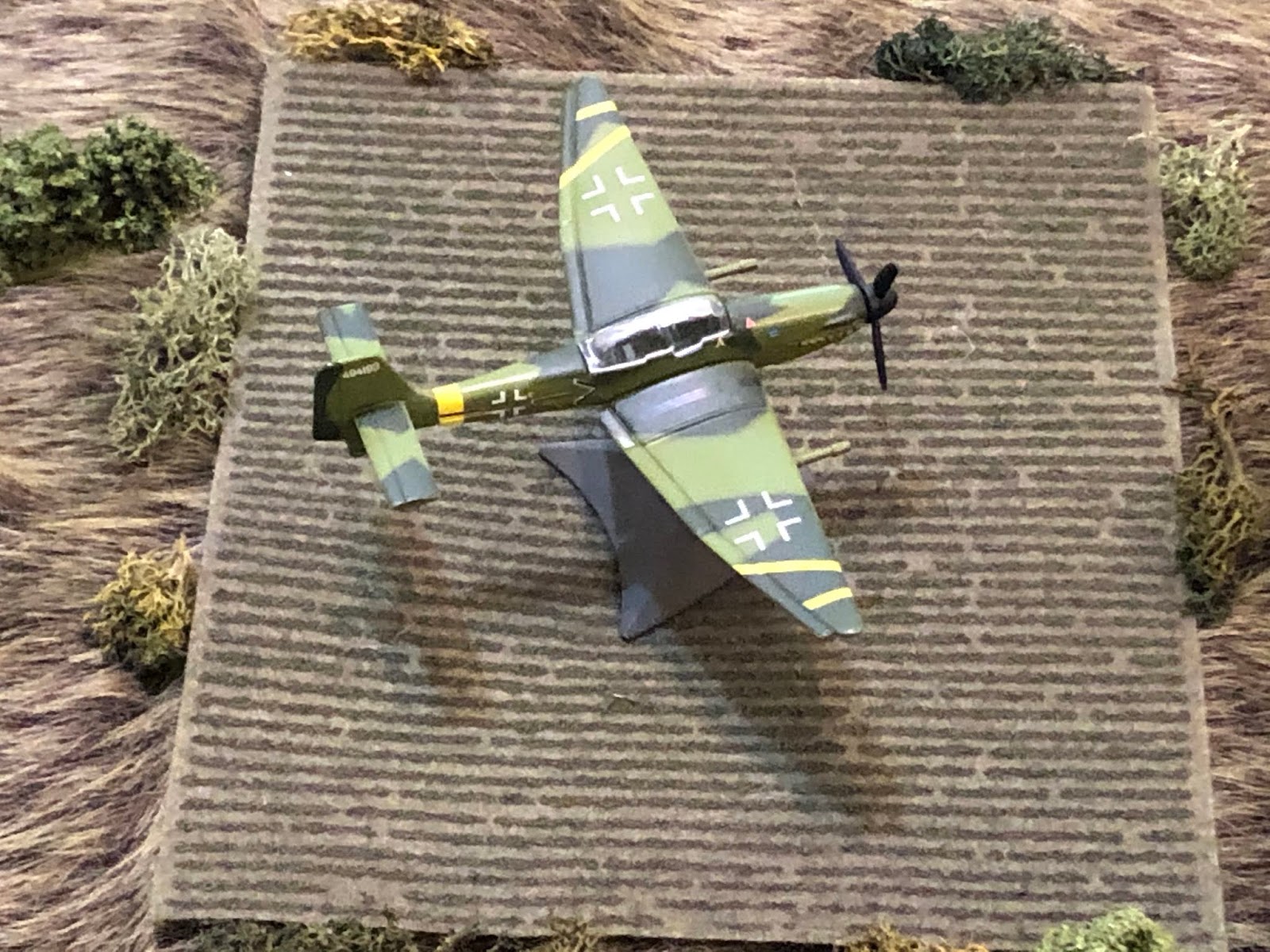 Of course, these really help.

To see how the fight went, please check the blog at:
https://blackhawkhet.blogspot.com/2019/10/on-northern-shoulder-of-kursk-with_91.html

Well, that was a helluva fight!  I’m really loving how “I Ain’t Been Shot Mum” is working out for these games, it’s been a lot of fun.  I’d complain about how long they’re taking, but, then again, it’s kinda my fault: IABSM is designed to play reinforced company-sized games, but I’m playing battalion-sized games, so I really can’t blame the rules.

I actually played two fights in Kursk this weekend, so stay tuned for the Soviet counterattack at Kastenwald!