Just squeaking in under the wire! It has been a busy month, between one holiday and the birthday celebrations for my 40th and working on this month’s release, the Kodiak!

This was a commission from Panzer-Shop.nl. The Shipyards has been, for the last couple of months, in partnership with Panzer-Shop.nl; they are producing under license 160th versions of selected Shipyards models (with a slightly higher level of detail, because of their better printers), adding to their own range of 160th models. If 160th is your scale, I highly recommend them over Shapeways, they are very competitive price-wise and the printing quality is much better! Find the here: https://www.panzer-shop.nl/en_GB/

(The Shipyards will continue to be producing and selling 144th scale models from the direct prints and from Shapeways.)

The Kodiak was extremely difficult, since the near-complete lack of technical drawings (I had barely enough to make a rough start to do it at all) meant that I had to do it by eye.

One of the concessions made to that was I have not put a weapon on this version of the Kodiak – the majority of the useful source material didn’t have guns anyway, and of those that did, it was impossible to get a clear look (as there was only a couple of top-down shots and nowhere near enough to see what I was working with). I won’t rule it out for future versions, but it will require people finding me some more source material to work from!

I also couldn’t make the turrets locking on this one. For obvious reasons, the in-transit arm would have been impossible to do that on anyway, but the point of rotation on the lifted arm is too shallow in the hull, and too small in the arm base itself to get that to work, so I had to do best I could – the problem is, of course, exacerbated by crane arms and such being the most top-heavy and usually wanting a nice deep post-hole, but on the Rep 2 version at least, it manages!

So, without more ado, here it is: 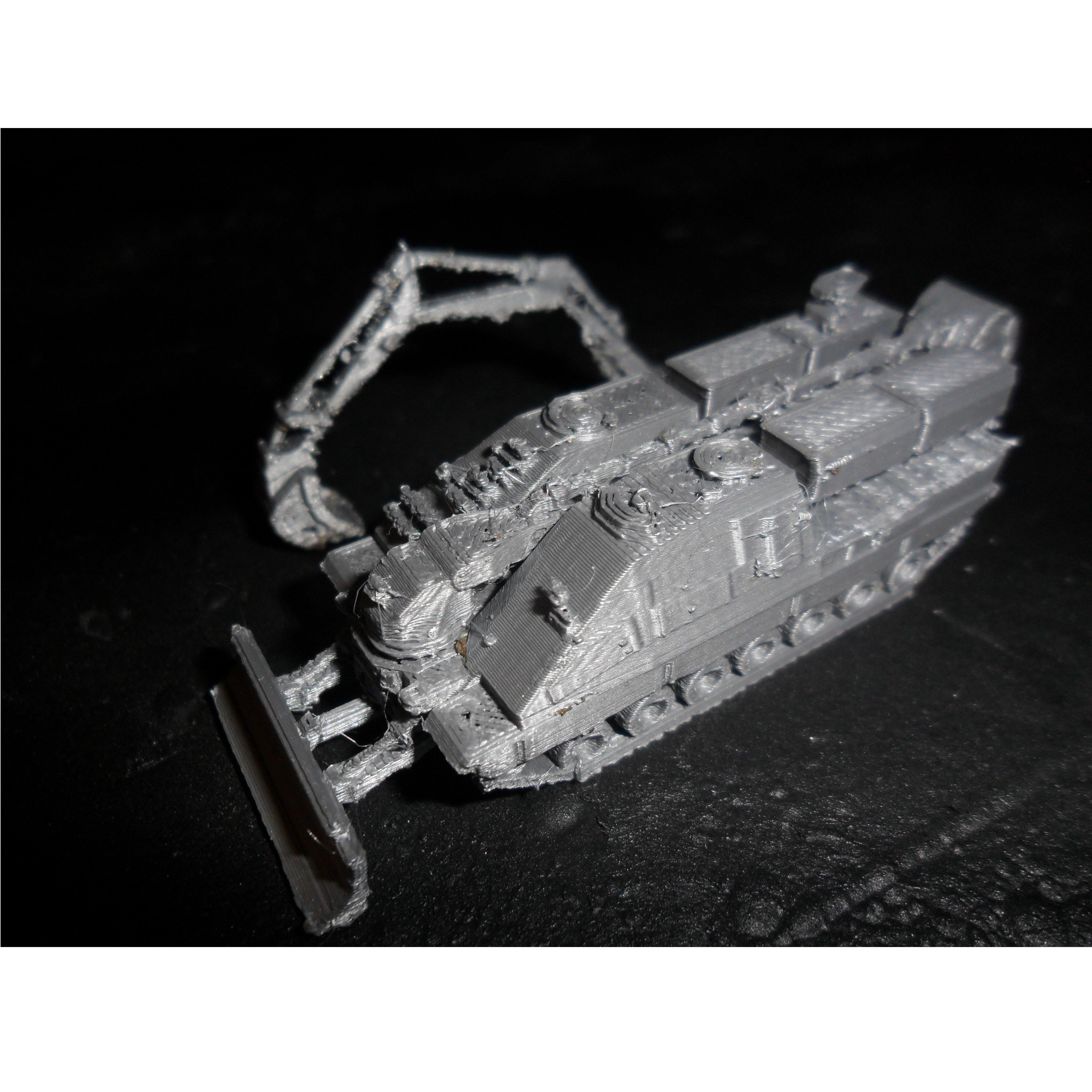 On the plus side, the Man Kat trucks are also done, 4×4 and 6×6, open-topped and closed, which gives me either next month’s release or some stuff in the backlog, we’ll see how things go next month!