Reply To: "You want the Old Skool!"

The British must capture the strategically important high ground to their front while denying the road junction to the French, who must in turn deny the hill to Wellington’s men and also take the crossroads…

Both sides begin to deploy and advance. Serious first blood goes to the French as their Grand Battery takes the Black Watch under a heavy fire, they waver and His Grace the Duke of Wellington, rallies them. A splendid volley from the Highlanders stops the 1st Grenadiers of the Old Guard in their tracks! The Emperor personally gallops up to join his ‘Grumblers’. 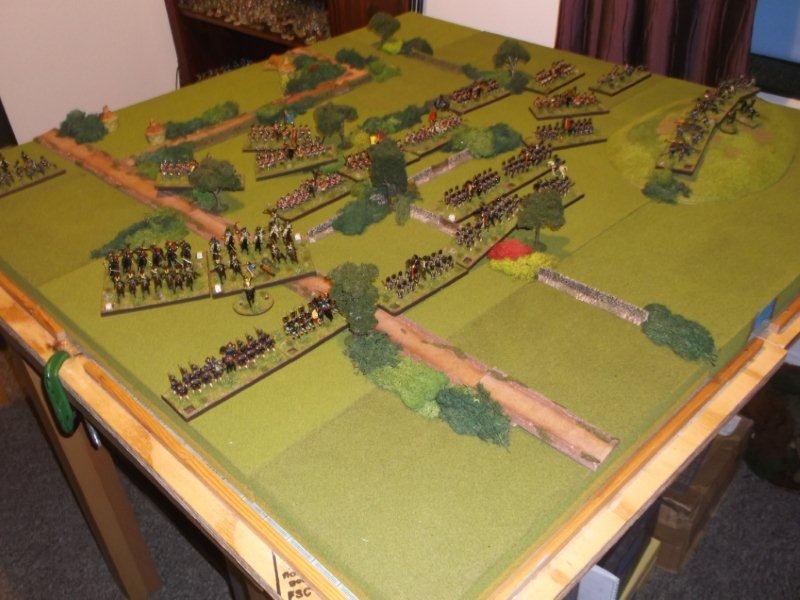 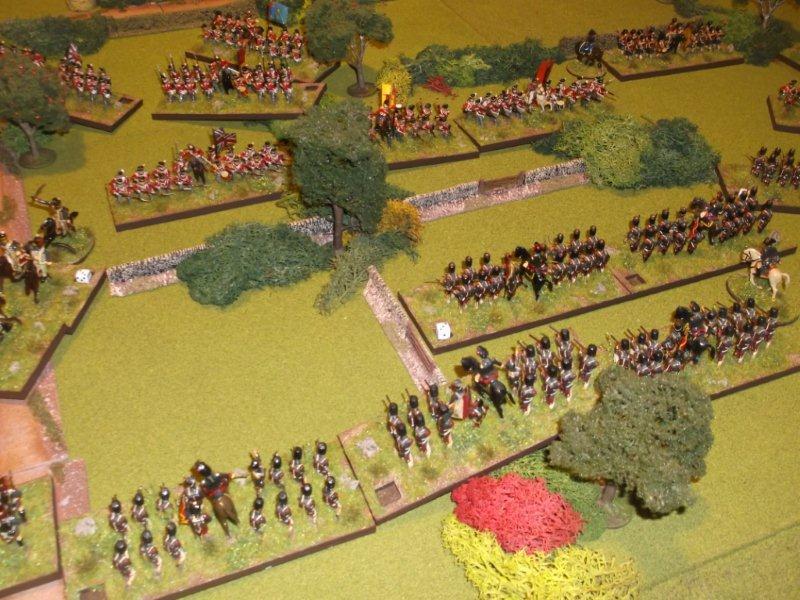 What’s not to like about a looming point blank volleyfest!!!??? 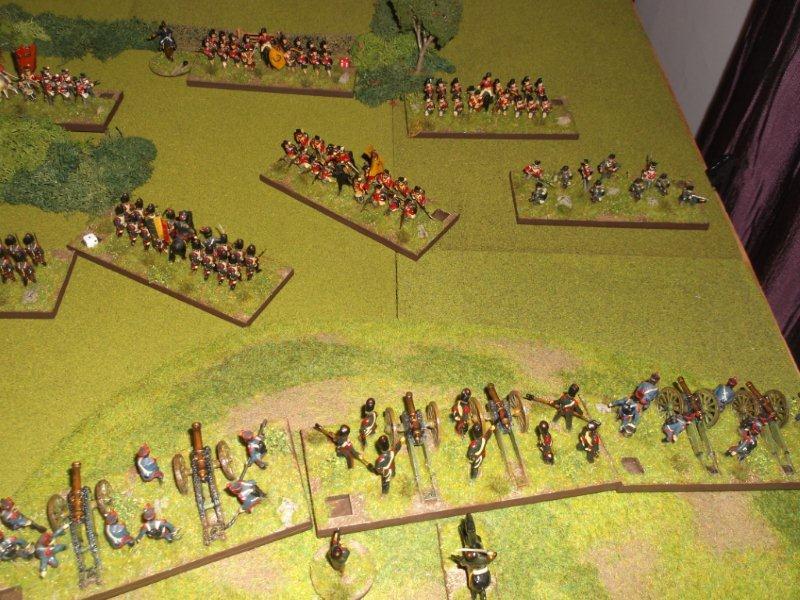 In the swirling Cavalry fight the Curryasar General, Marcel de Tosspot, is cut down by  the 10th’s Colonel, Harry Faversham, who’s lost wot passes for his wits and joining the fight like a common Trooper. 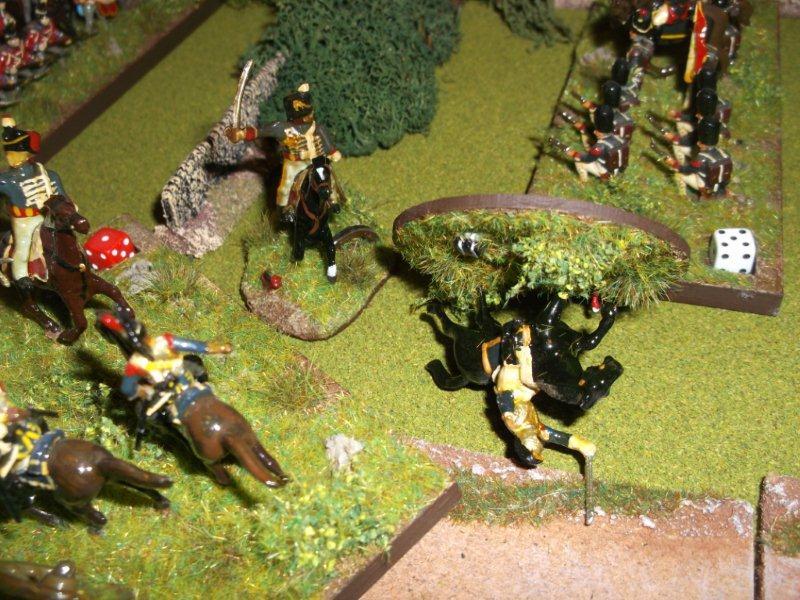