Glad you guys are enjoying 🙂

I’m still reading through “Vietnam: The Good Times, The Bad Times” and its one of the more exciting, interesting, and sometimes hilarious first hand accounts I’ve read so far. I finished listening to the Air Cav Huey pilot audiobook while painting, and began listening to “Nam-Sense: Surviving Vietnam with the 101st Airborne” which is an interesting account of a “Shake n Bake” NCO – also very illuminating and often hilarious.

More miniatures completed over the past week – US Heavy Weapons and armor: 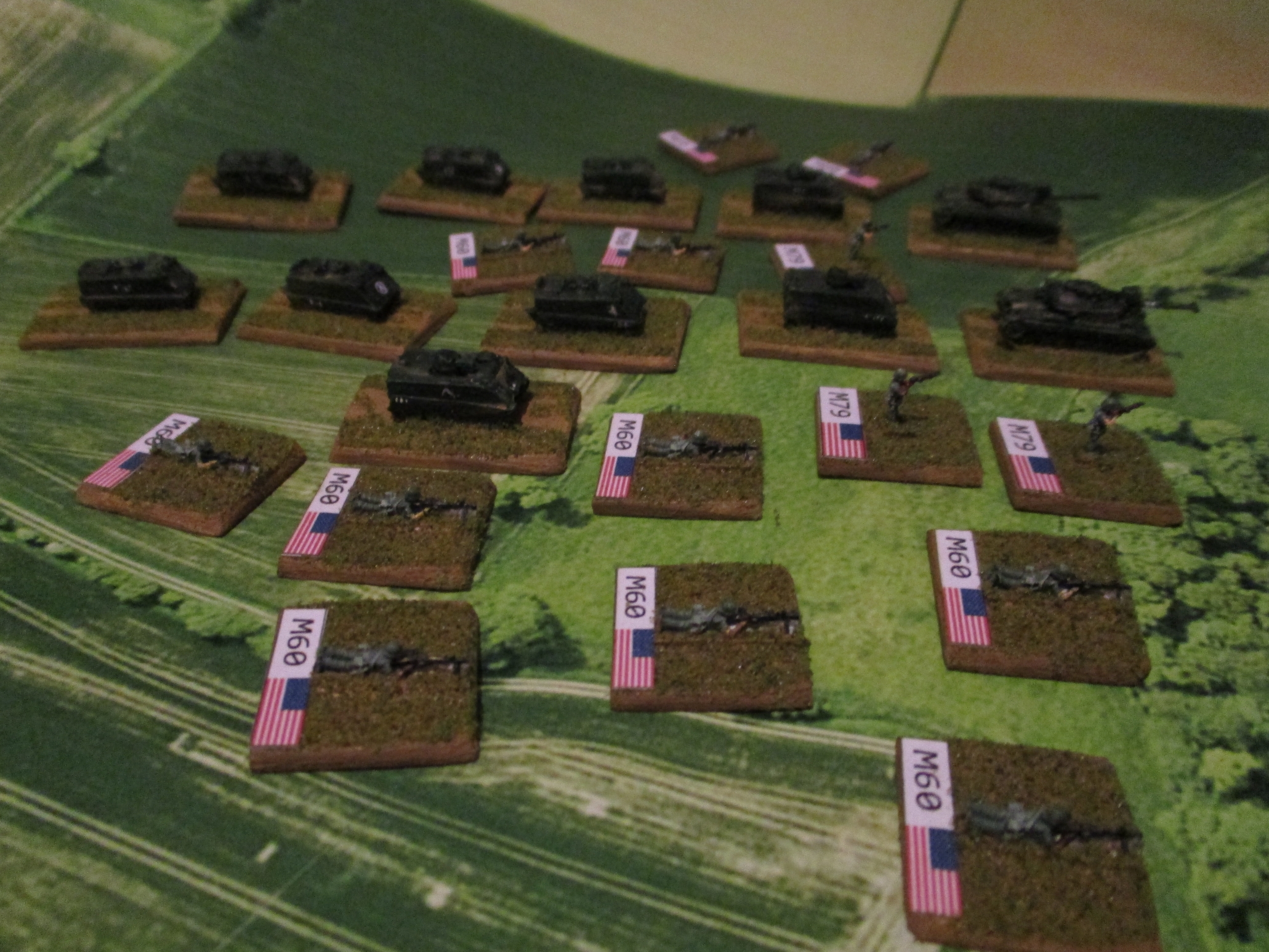 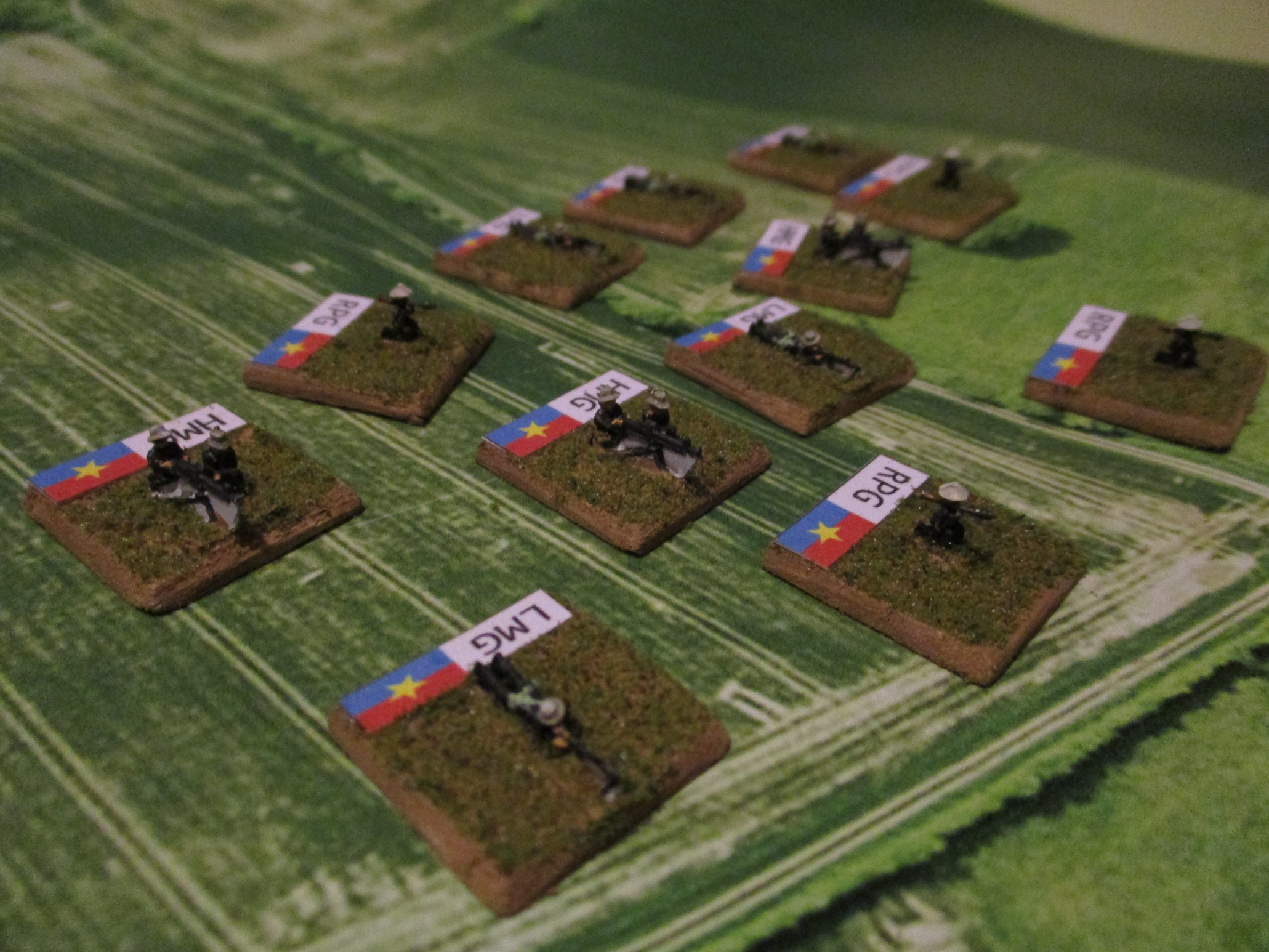 Rules-wise I’ve typed up the rules for Terrain Points, expanding on the idea of using upturned cups / boxes on the table, which will allow hidden deployment and movement.
The Terrain Points function in 2 layers – Undetected units which aren’t actively hiding or waiting in ambush, and units actually waiting in ambush. This allows for units to hide and observe enemy movement. All platoons and small units like recon teams have a “Unit Blind” counter which contains their name on one side, and a “?” on the other. Every Terrain Point has a dummy Unit Blind with the “?” side facing up at the start of the game, after which this dummy blind can be replaced with a hidden Unit Blind, still with the “?” side facing up (so you won’t know if a unit is hiding at a Terrain Point or not). Hidden units will remain hidden until a player initiates an ambush, or attempts to move between Terrain Points, which could lead to detection depending on the moving unit’s skill.
I made some Terrain Points by cutting the bottom inch off of heavy paper cups, and painting them a soil color. On top of these a Terrain Point marker with a name on it can be placed, allowing some modularity.

I typed out how Platoon cohesion will work, rules for Heavy Weapon Teams (can function as separate bases, or organic heavy weapons inside each squad), and what happens when a unit is separated from its Platoon.
Helicopter rules also drafted up, as well as some of the Helicopter weapon systems statted out.

Next plan is to do some small play-tests with heavy weapons, to see how they function with the platoon. I have some more VC platoons and heavy weapons to paint, and some Unit Blinds to make (although these are mostly done).
I need to think a bit more about the Terrain Point system, and what happens when a unit tries to hide at a Terrain Point where there is already a hidden unit…

In the long term I’m gearing up for a large scale playtest, with all the units and rules available, and the Terrain Point deployment and hidden movement. This will be after a few more small scale play-tests, to try the various units and mechanics.