On 16 May, Major Jordan led the squadron aloft to intercept six Bettys escorted by four Zeros, but Lt Daniel was the star of the show.  The Americans lost a single P-40, but they knocked down two Zeros and four Bettys, with Lt Daniel knocking down four of those aircraft and winning the Distinguished Flying Cross.  The remaining two Japanese bombers jettisoned their bombs and returned to base, so no bombs fell on the Allied Marshalling Area (still 22/30).

Now it’s 18 May, with bad weather yesterday putting a stop to flight operations, but today is sunny and so the Americans are not only flying, but they’re playing offense!  1st Lt Pace is leading a flight of four P-40s, which are escorting six B-25 Mitchells.  They’re plan is to cross the spine of the island and strike enemy installations on the northern coast of New Guinea.  First up are the Japanese POL storage areas, then the Warehouse Yard, and finally the airfield at Wewak. 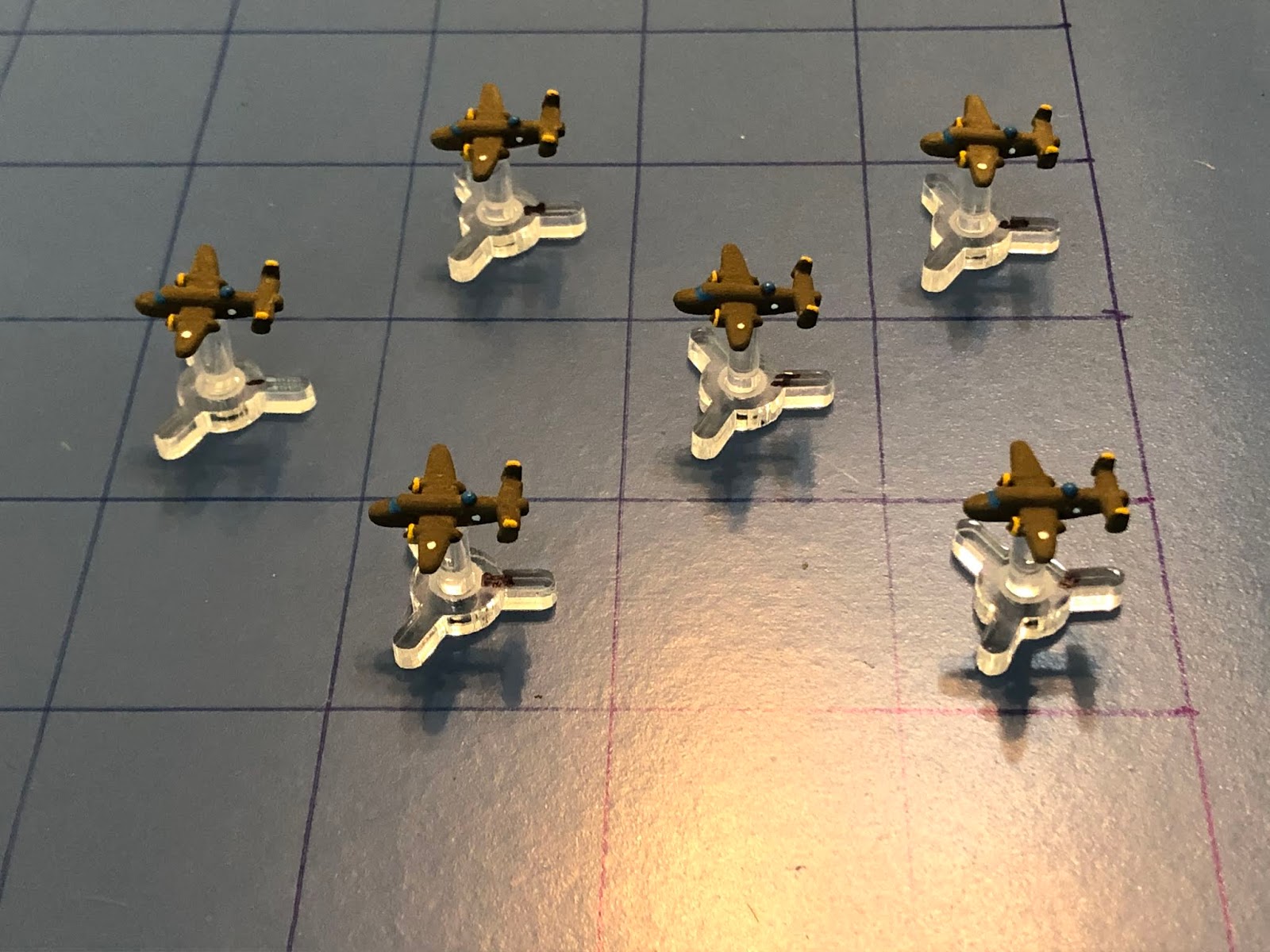 How ’bout them Mitchells?  First time I’ve had them on the table.  Let’s hope they’re a good omen. 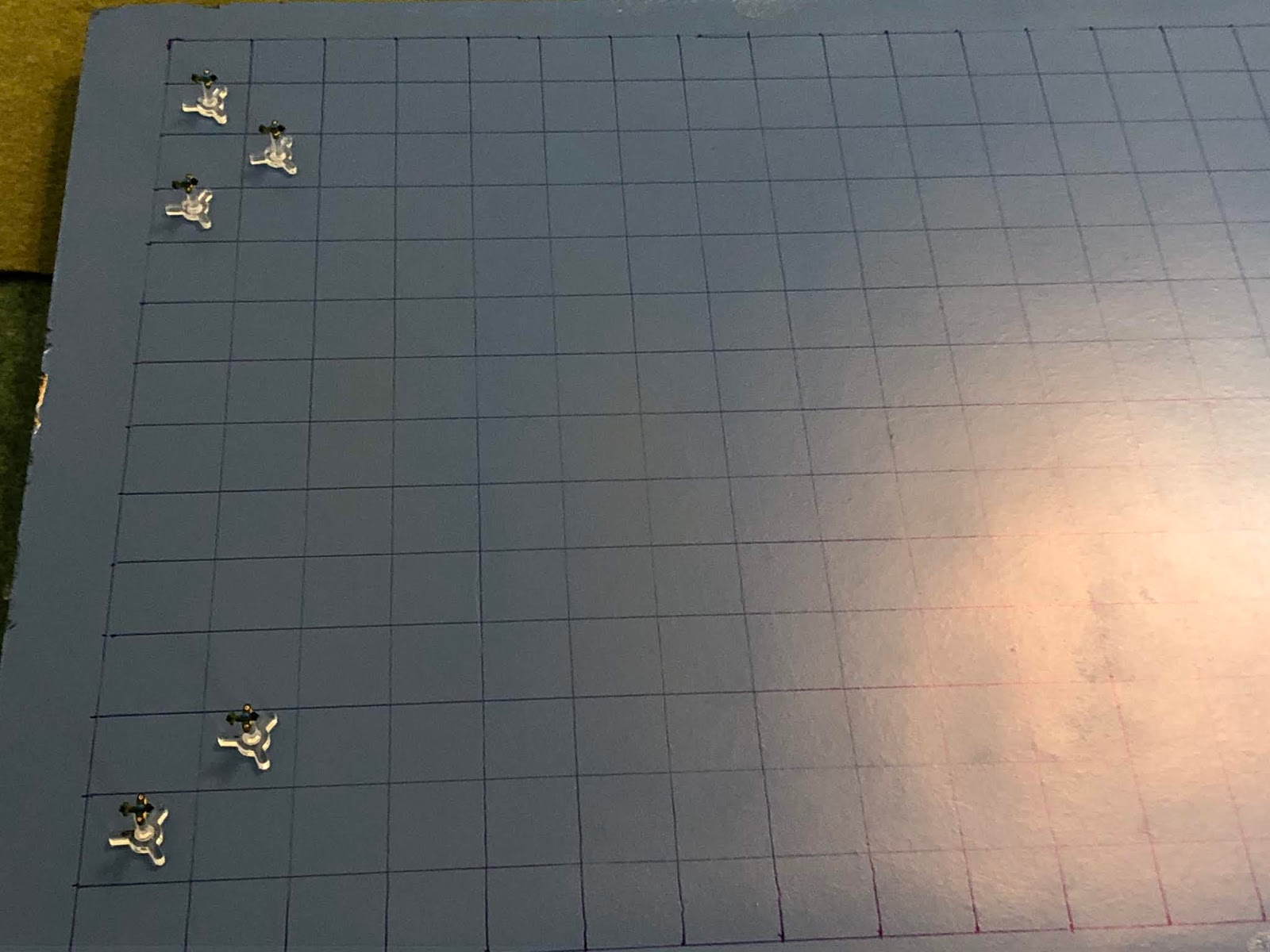 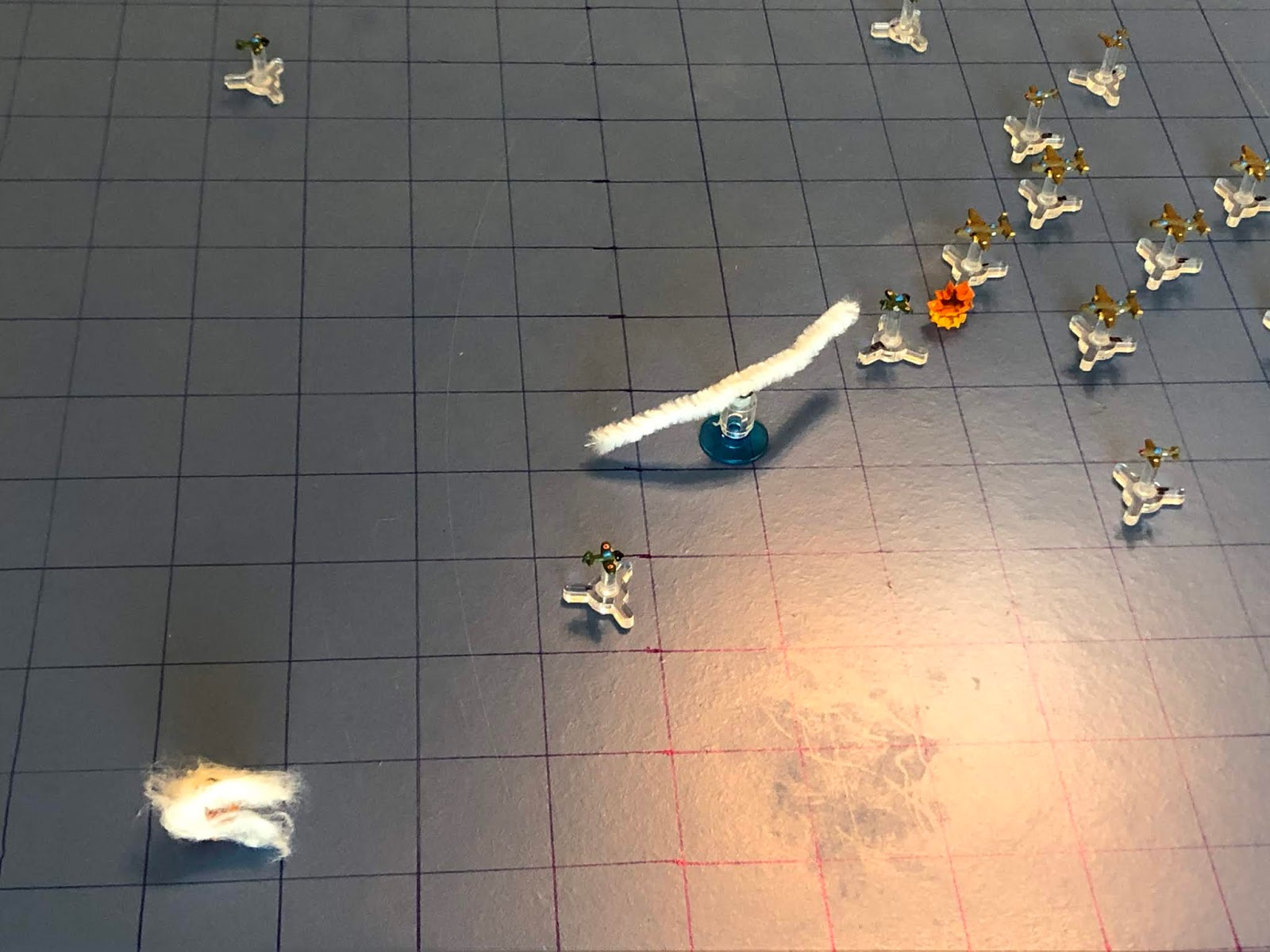 A P-40 goes down (bottom left), and the Japanese fighters are swarming into the bomber formation. 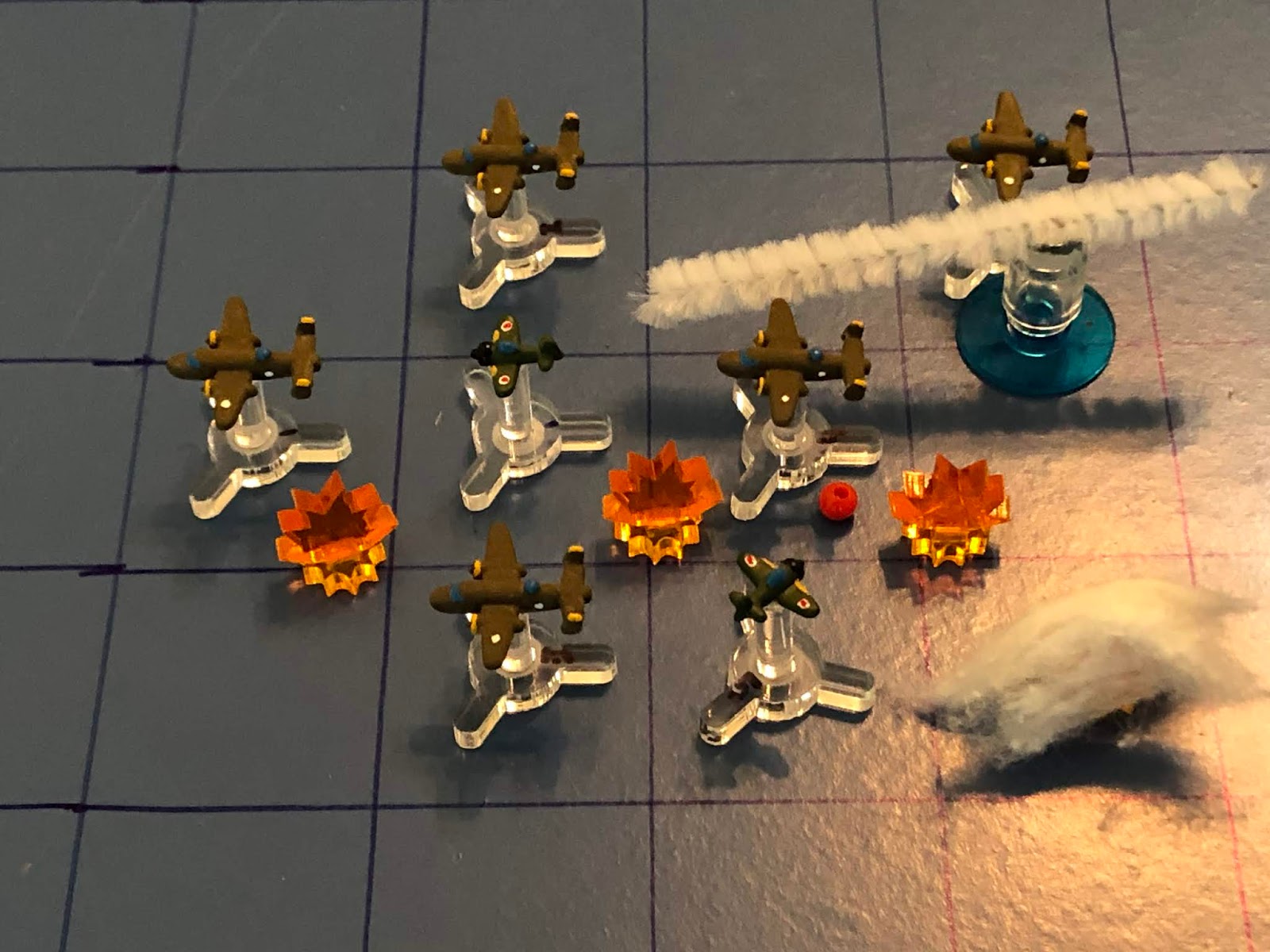 And the foxes are definitely in amongst the hens… 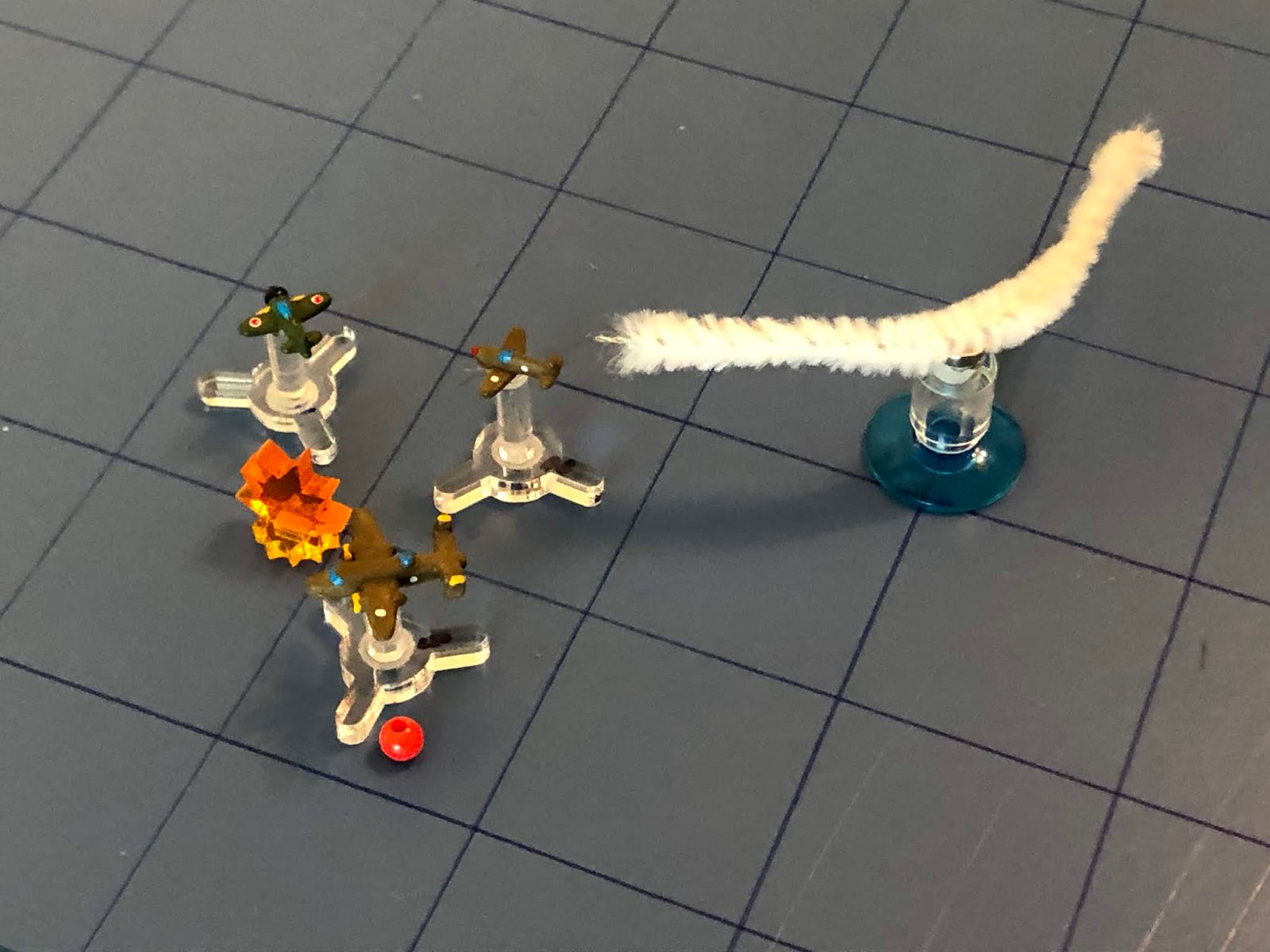 To see how the fight went, please check the blog at:
https://oldleadbreed.blogspot.com/2019/11/chickenhawks-over-new-guinea-4.html

Next up, a couple two-ship patrols run into each other over No Man’s Land, coming right up.