On 16 May, Major Jordan led the squadron aloft to intercept six Bettys escorted by four Zeros, but Lt Daniel was the star of the show. The Americans lost a single P-40, but they knocked down two Zeros and four Bettys, with Lt Daniel knocking down four of those aircraft and winning the Distinguished Flying Cross. The remaining two Japanese bombers jettisoned their bombs and returned to base, so no bombs fell on the Allied Marshalling Area (st ill 22/30). 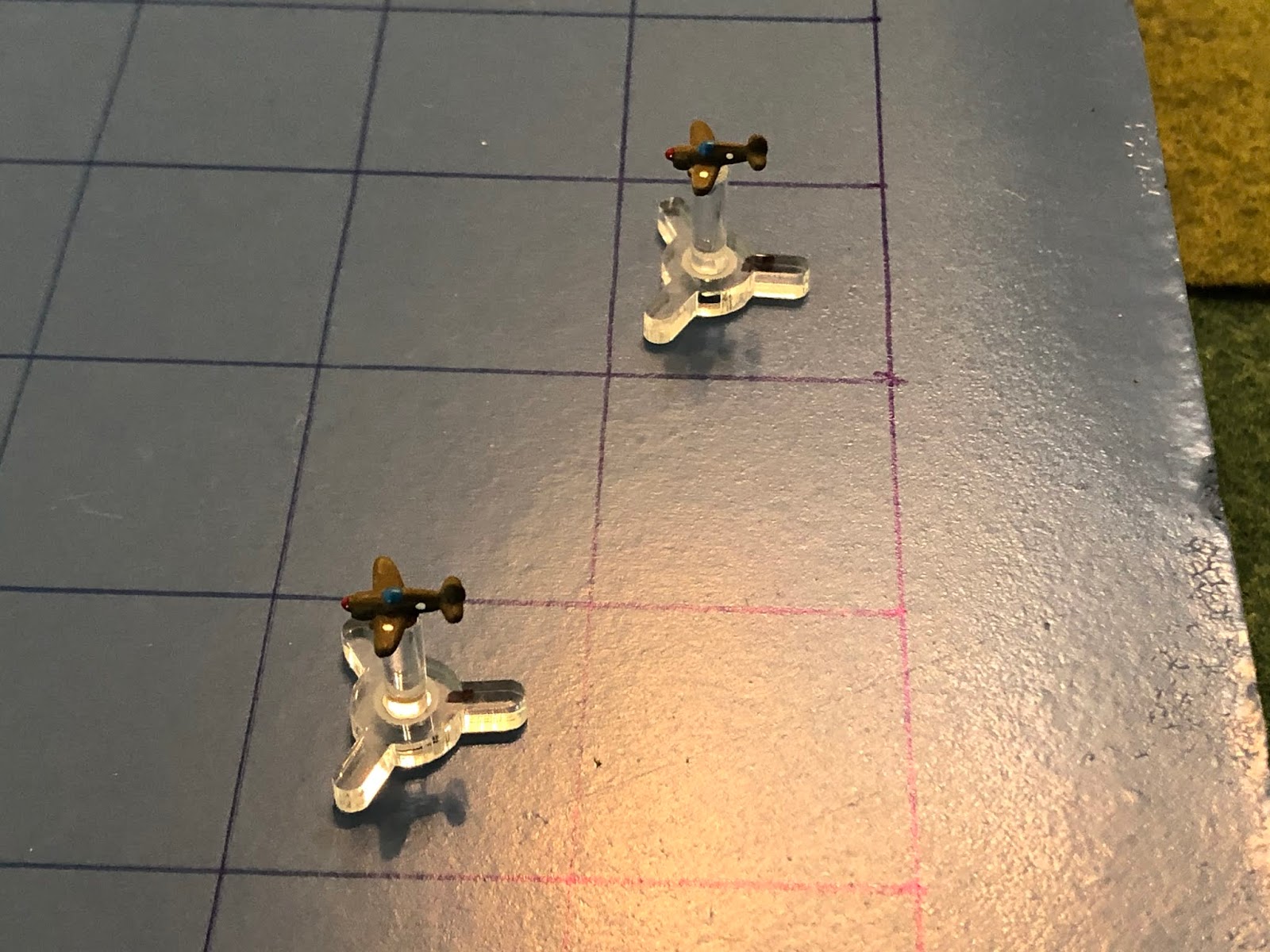 The US patrol, from top:
2nd Lt Lageman, a Regular
Captain Cotton, a Veteran 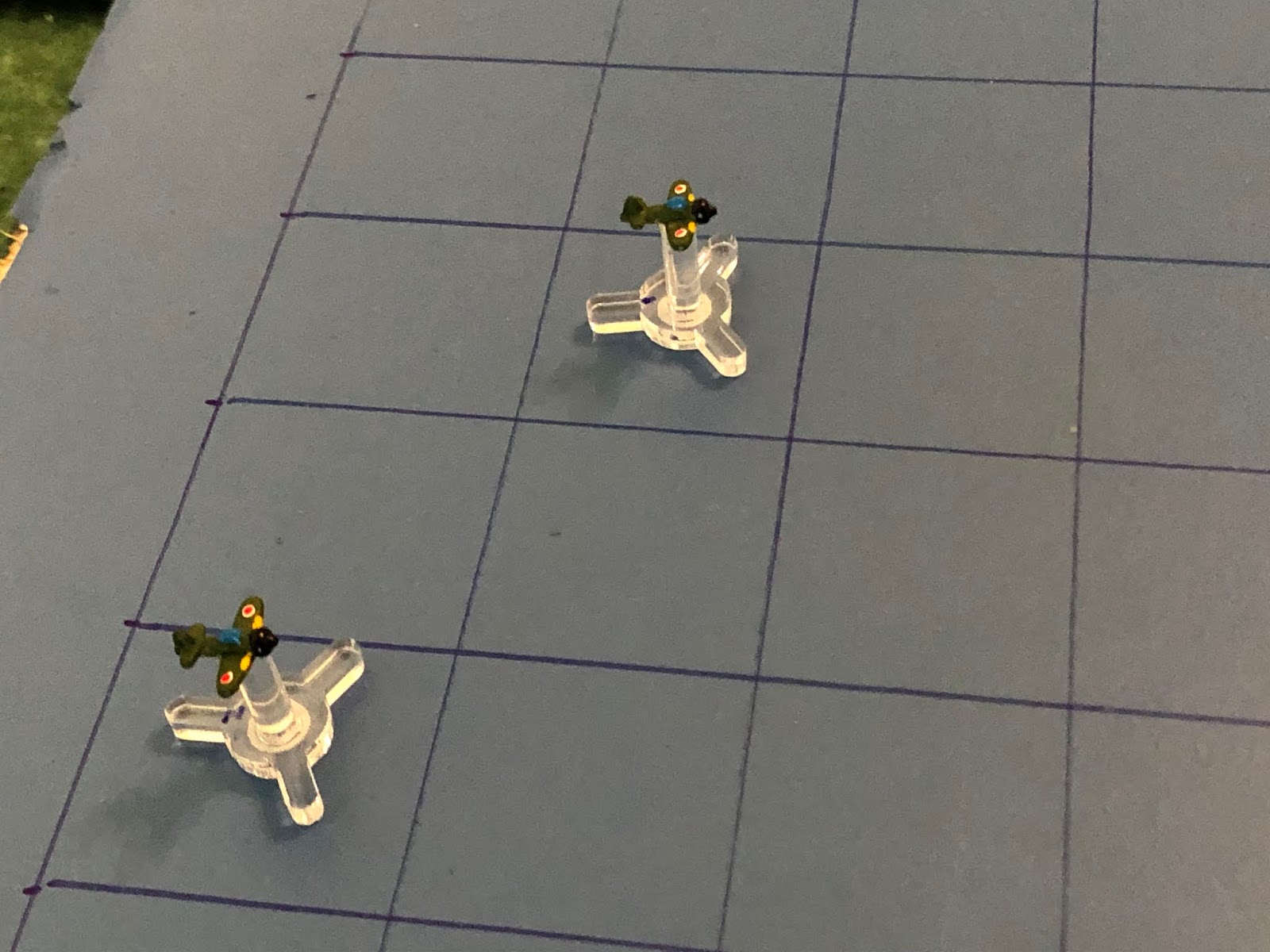 The Japanese patrol, from top:
Zero 01, a Veteran
Zero 02, a Regular 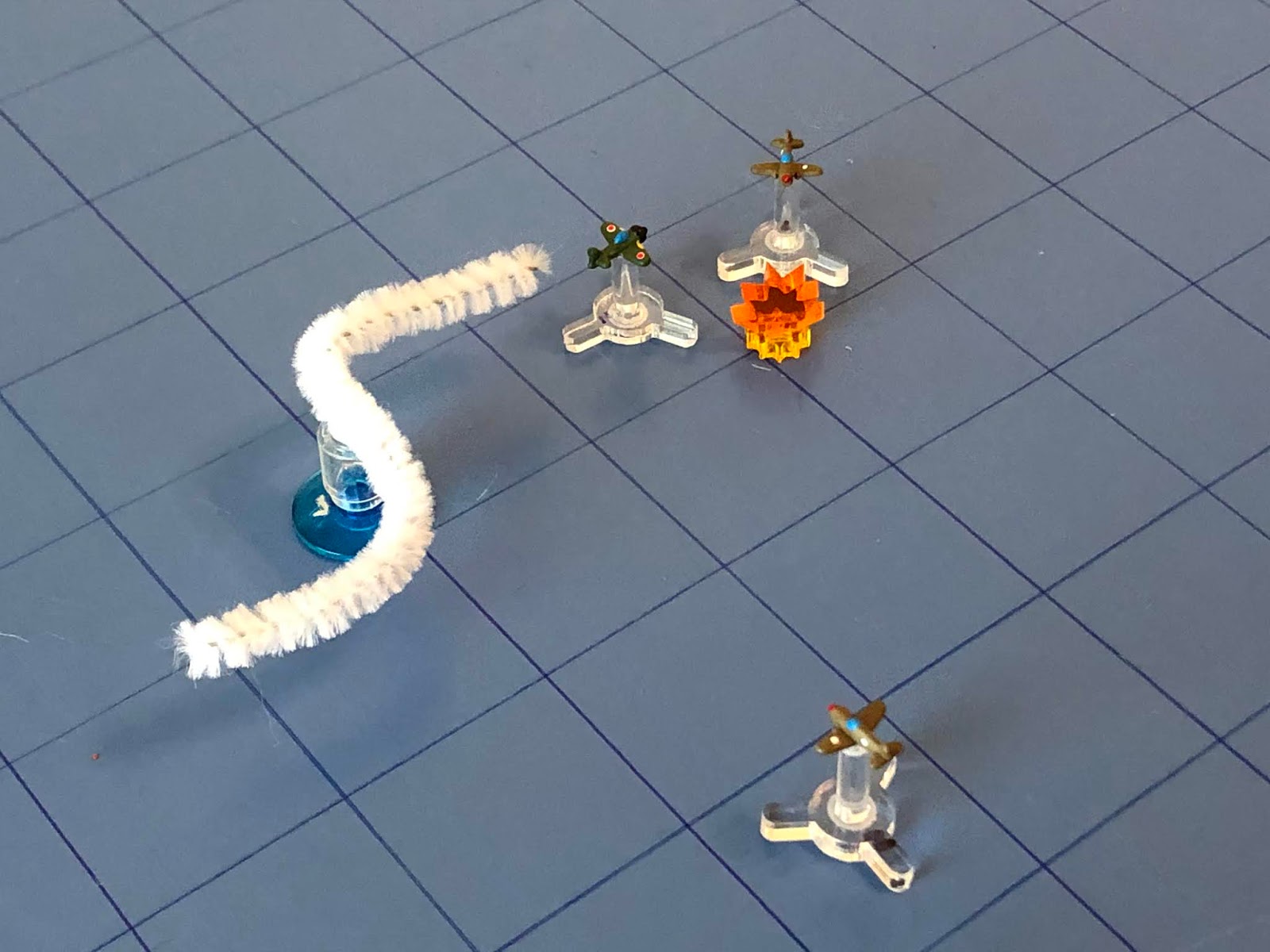 A quick and dirty fight. Swing by the blog and check it out at:
https://oldleadbreed.blogspot.com/2019/11/chickenhawks-over-new-guinea-5.html?m=1

Next up on the docket is another US bomber escort mission, coming right up.