Now it’s 21 May, and after another day of bad weather, two young Lieutenants find themselves escorting a flight of five B-25 Mitchells over to Wewak again, where a pair of Zeros rise up to meet them. 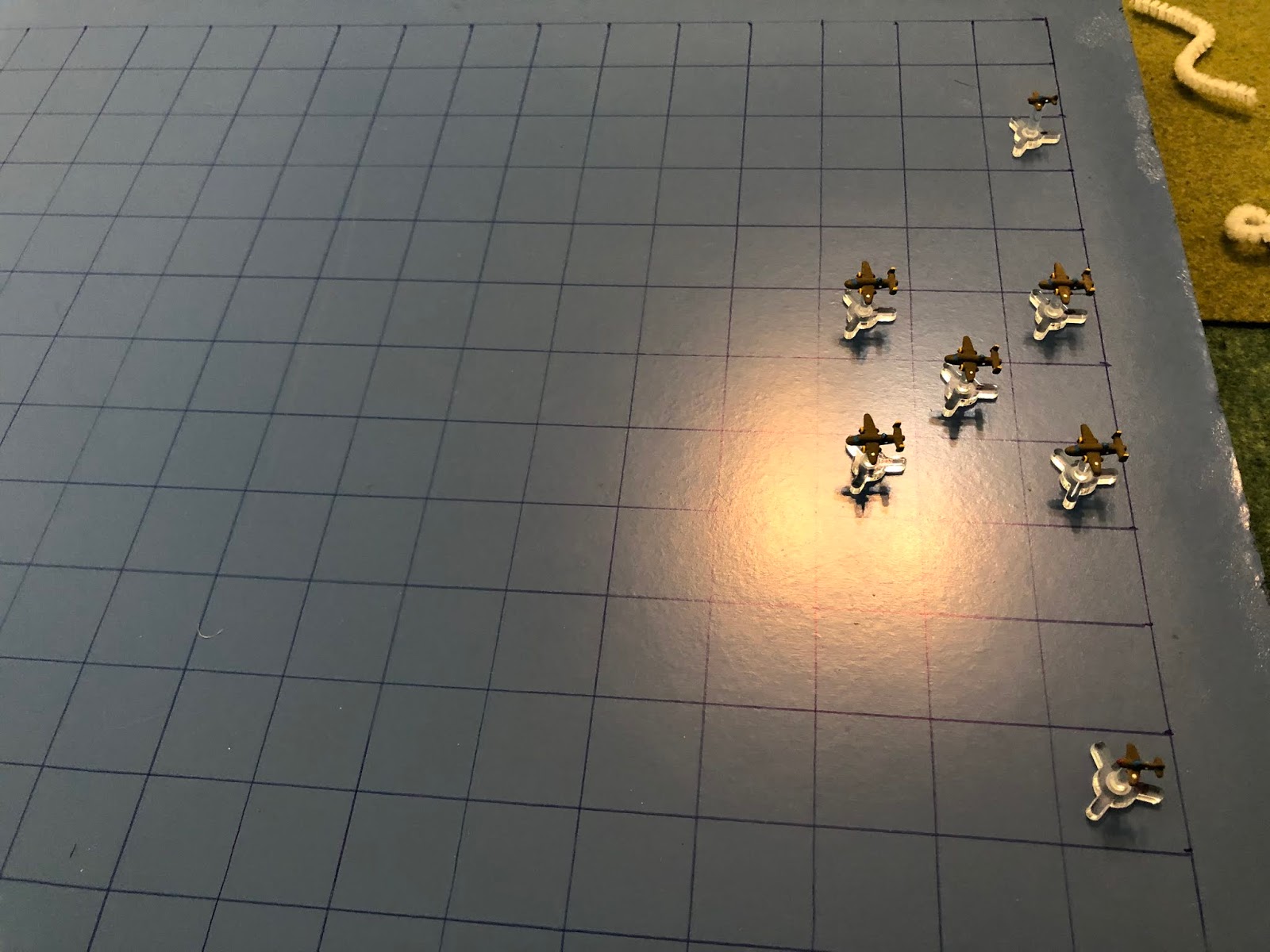 Another relatively small game, with two P-40s escorting five B-25s, versus two Zeros. Attrition during the campaign is taking its toll.

Lt Lewis taking the fight to the enemy! 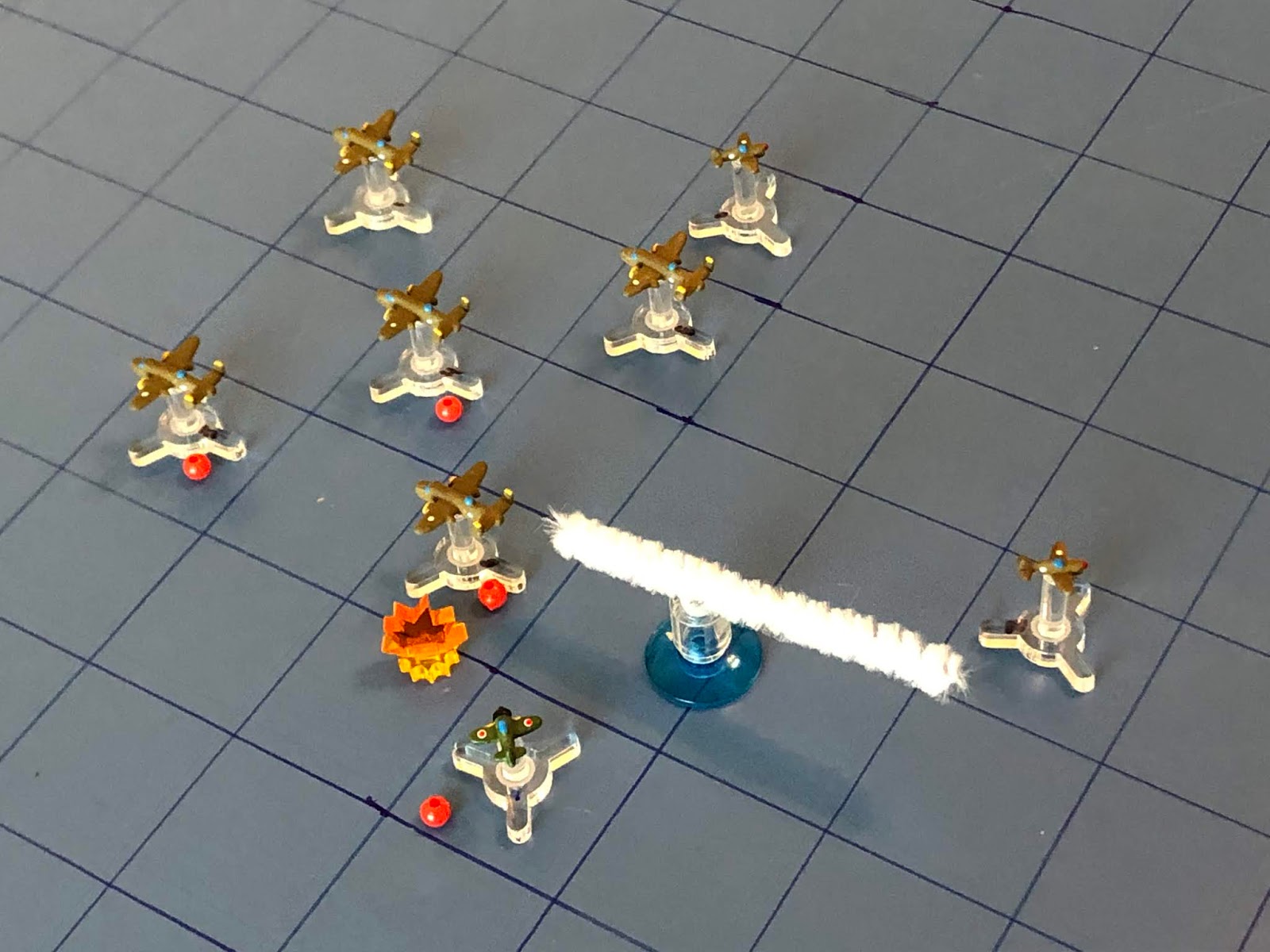 One of the Zeke’s (bottom left) has gotten in amongst the bombers, causing some havoc, managing to damage three of them so far (red beads, which show that he is damaged, as well). 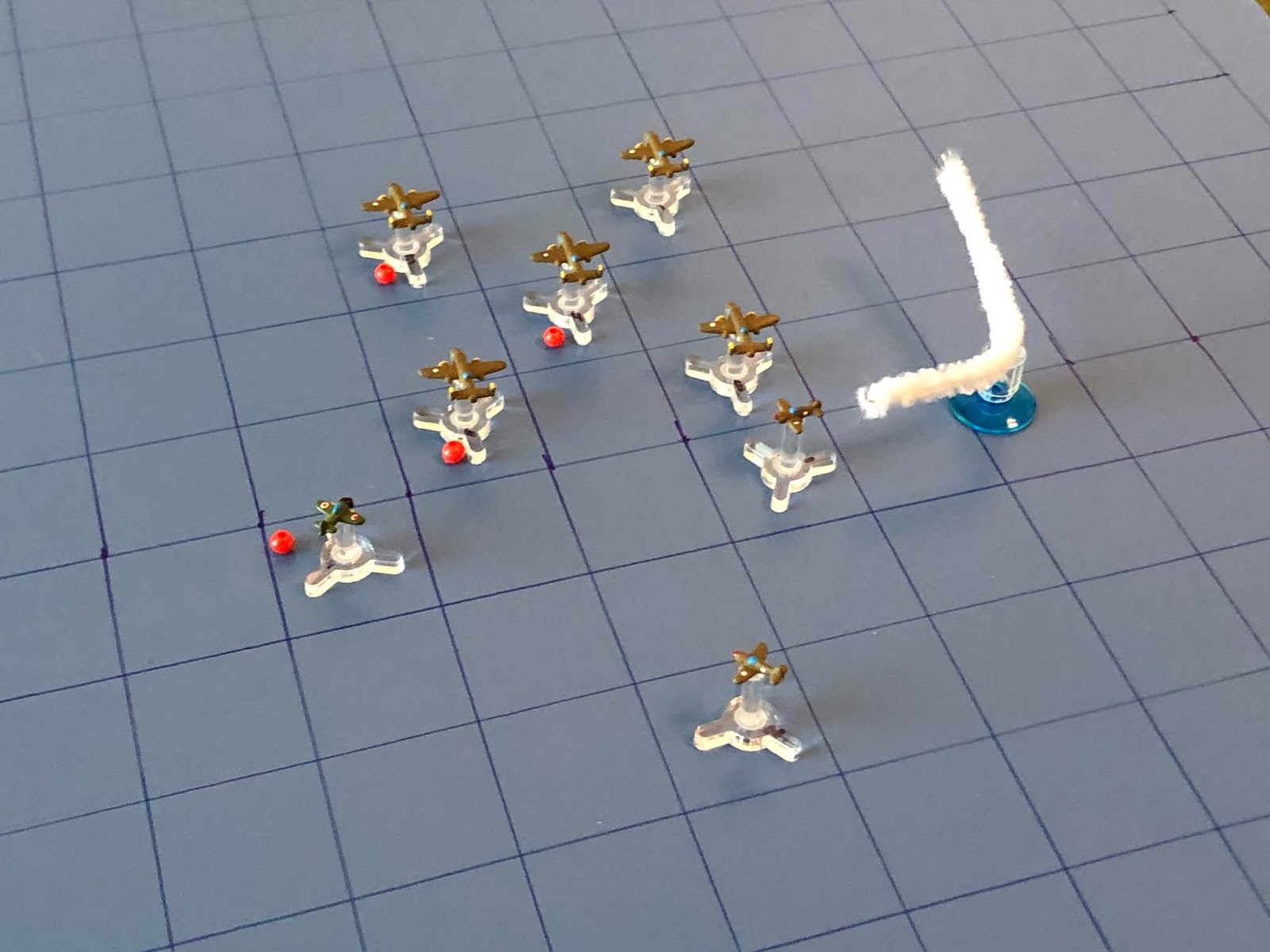 The escorts are finally working as a team (right, bottom right) to corral the marauder.

To see how the fight went, please check the blog at:
https://oldleadbreed.blogspot.com/2019/11/chickenhawks-over-new-guinea-6.html?m=1

Next up, once again Japanese bombers are inbound.