On 21 May, two young Lieutenants found themselves escorting a flight of five B-25 Mitchells over to Wewak again, where a pair of Zeros rise up to meet them. Both Zeros were downed, for the loss of a single P-40s, and all five bombers made it, though they didn’t score very well (only 12 more damage points, so 18/30 on the POL target).

Now it’s 22 May, and five Bettys are inbound, escorted by a single Zero! 1st Lt Daniel, now an Ace, leads aloft a pack of four P-40s, and their pilots are hungry! 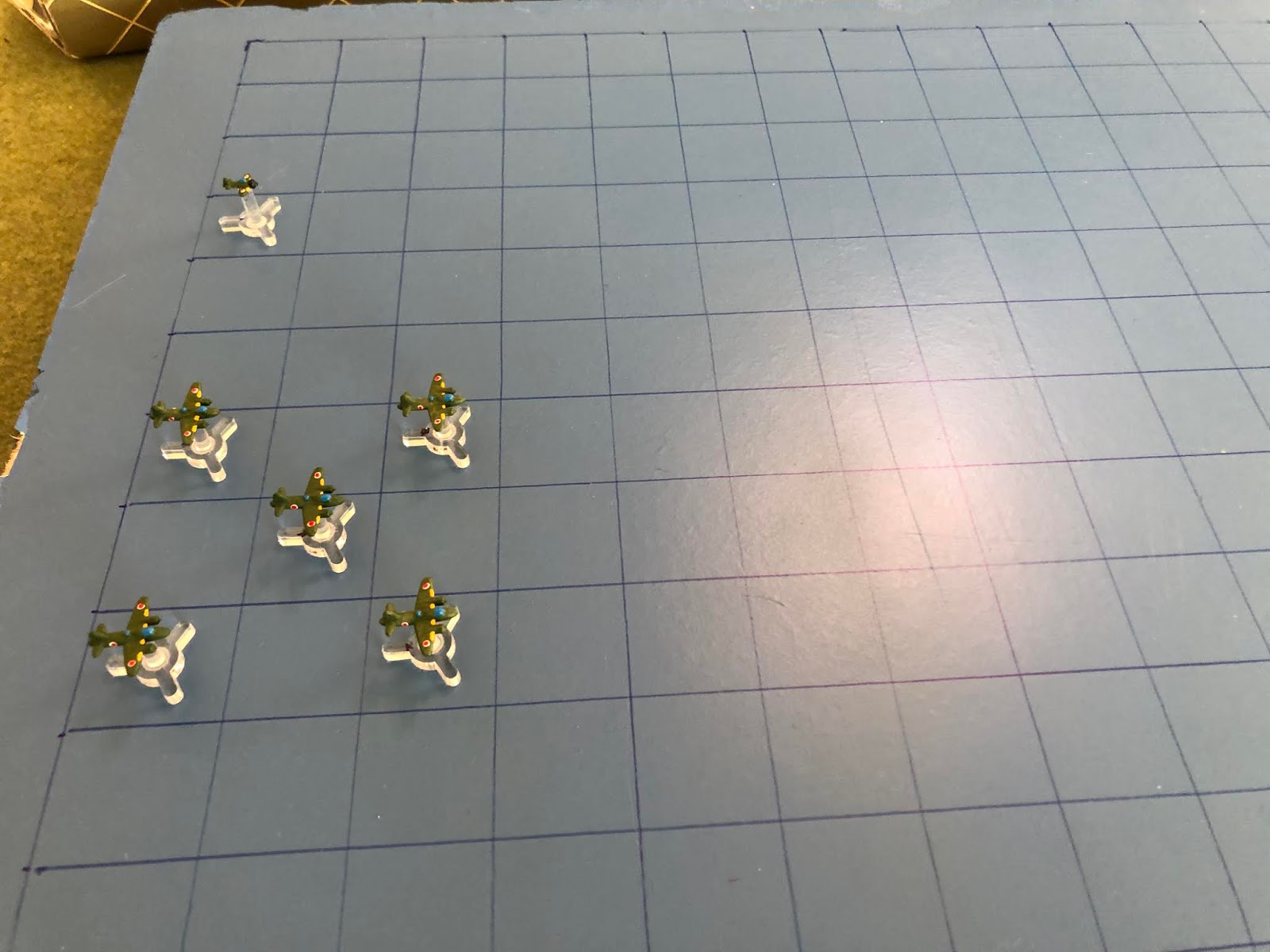 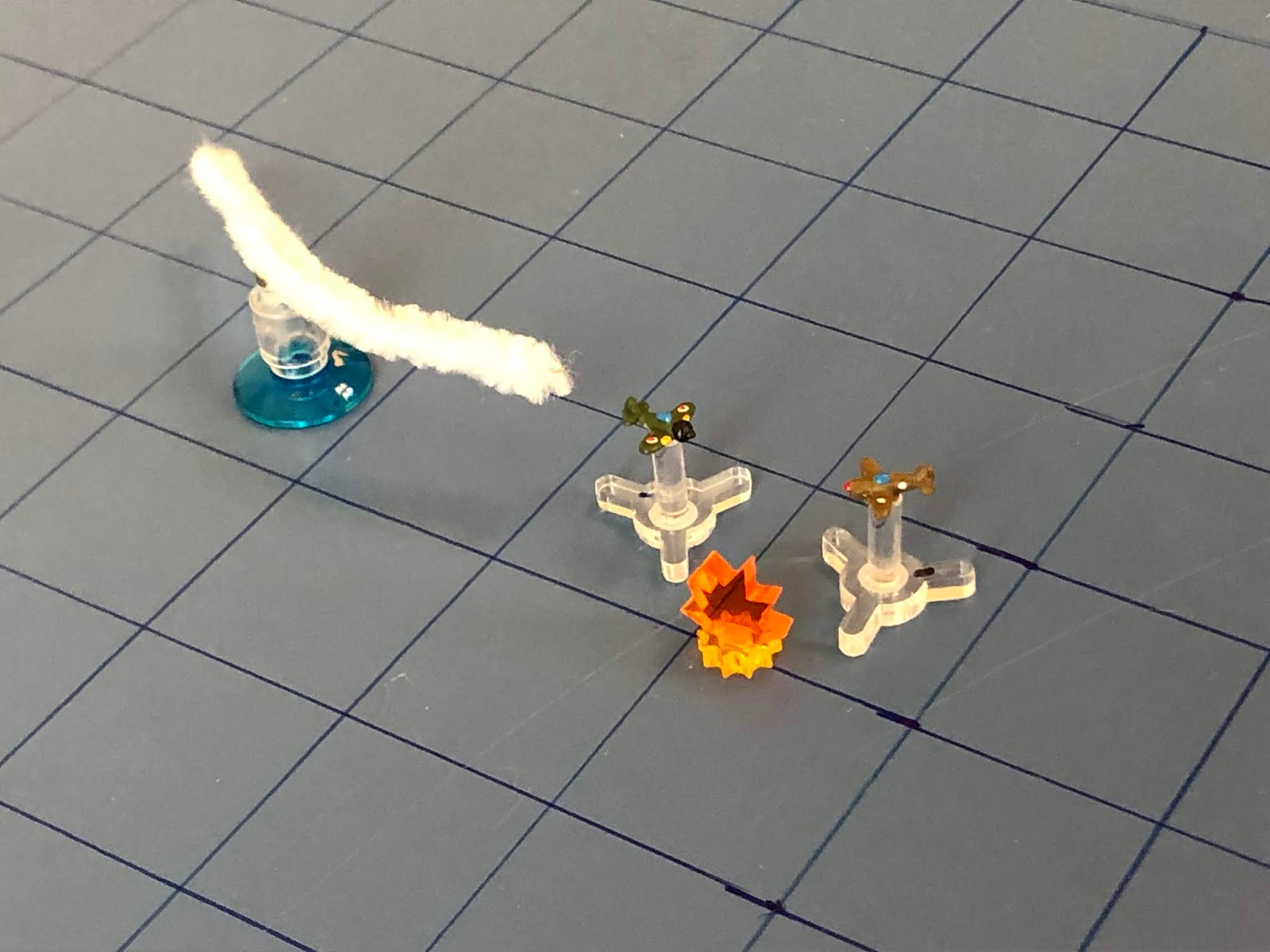 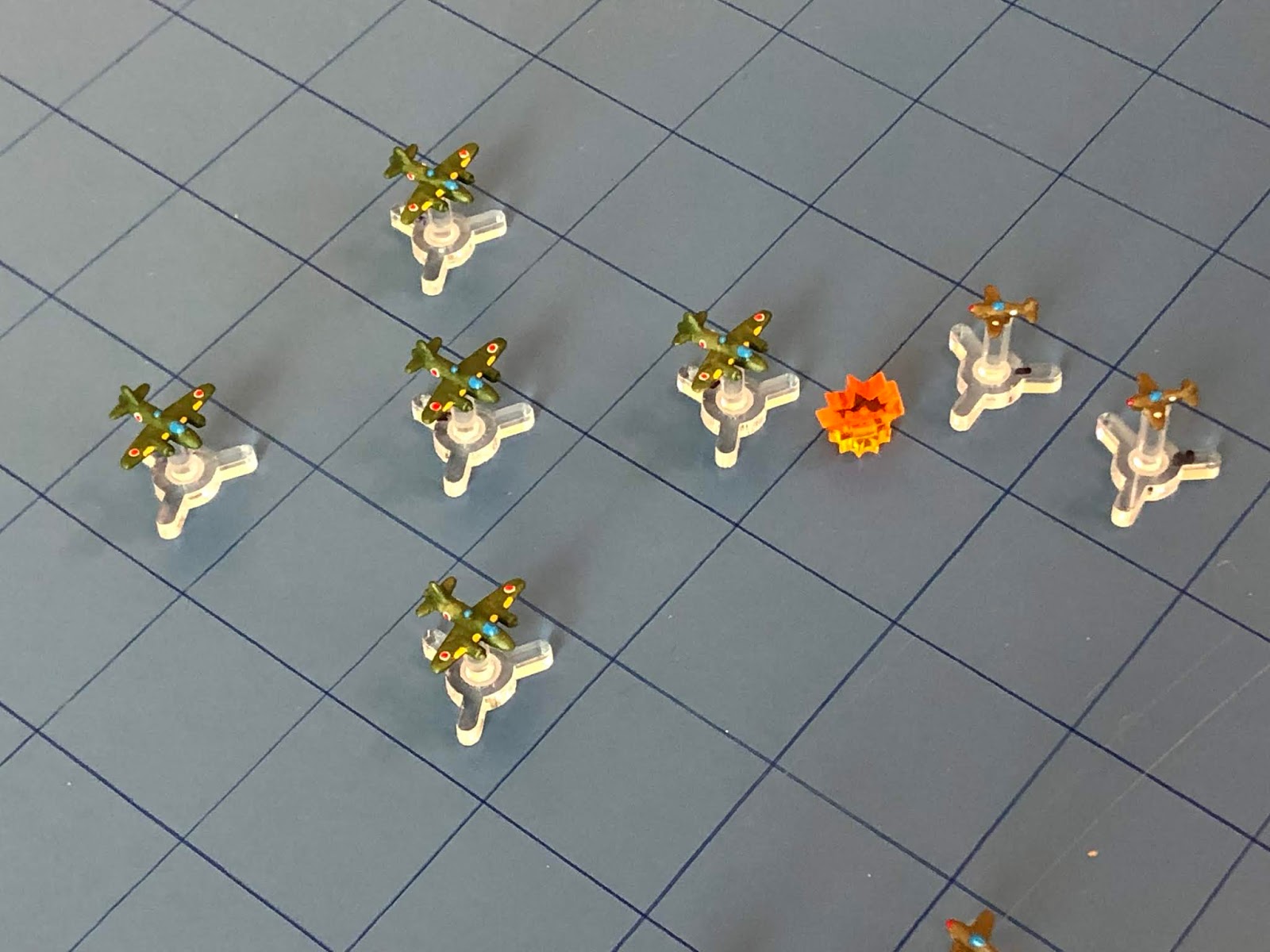 But there are just too many P-40s for the Zero to fend off. 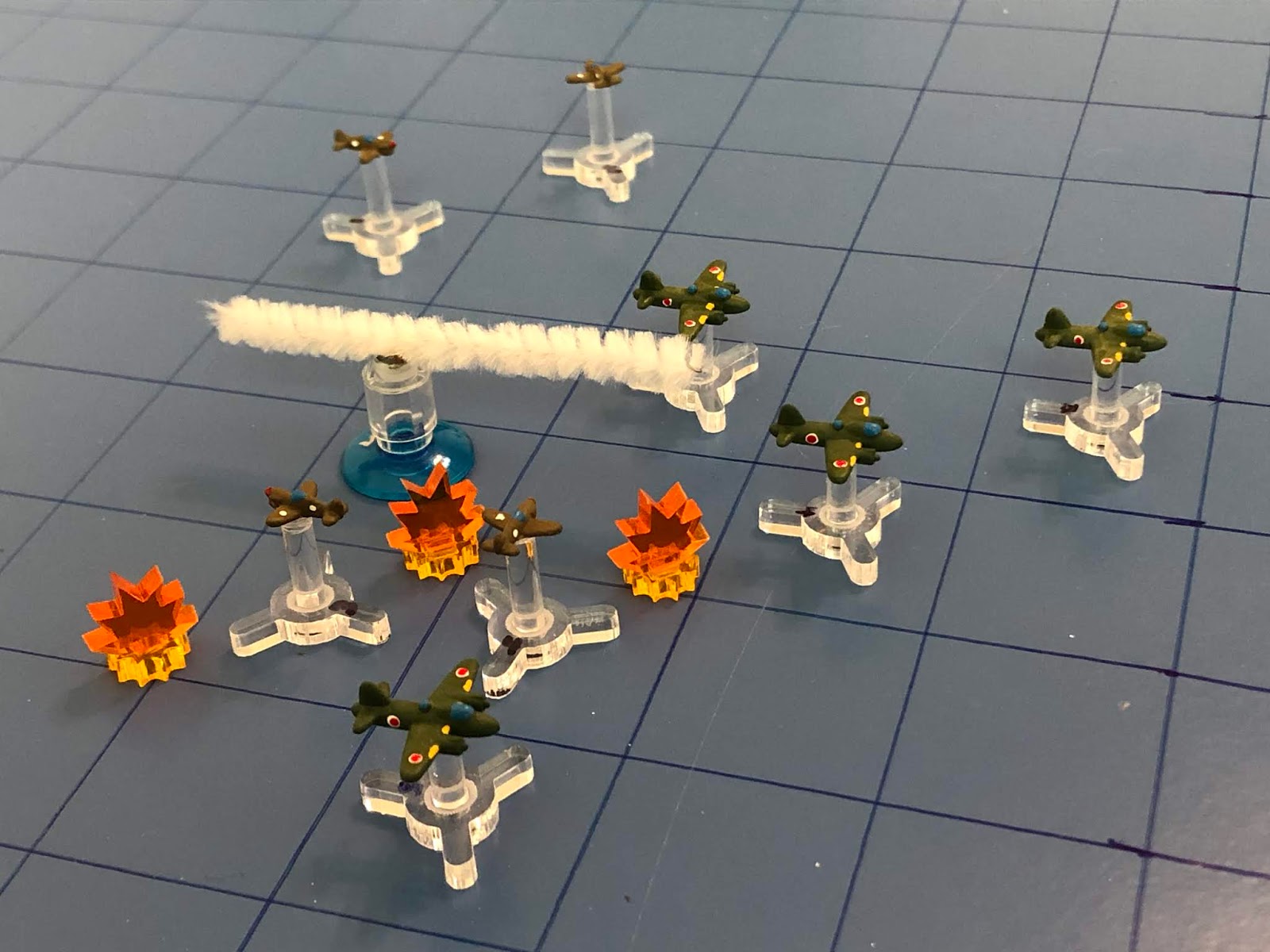 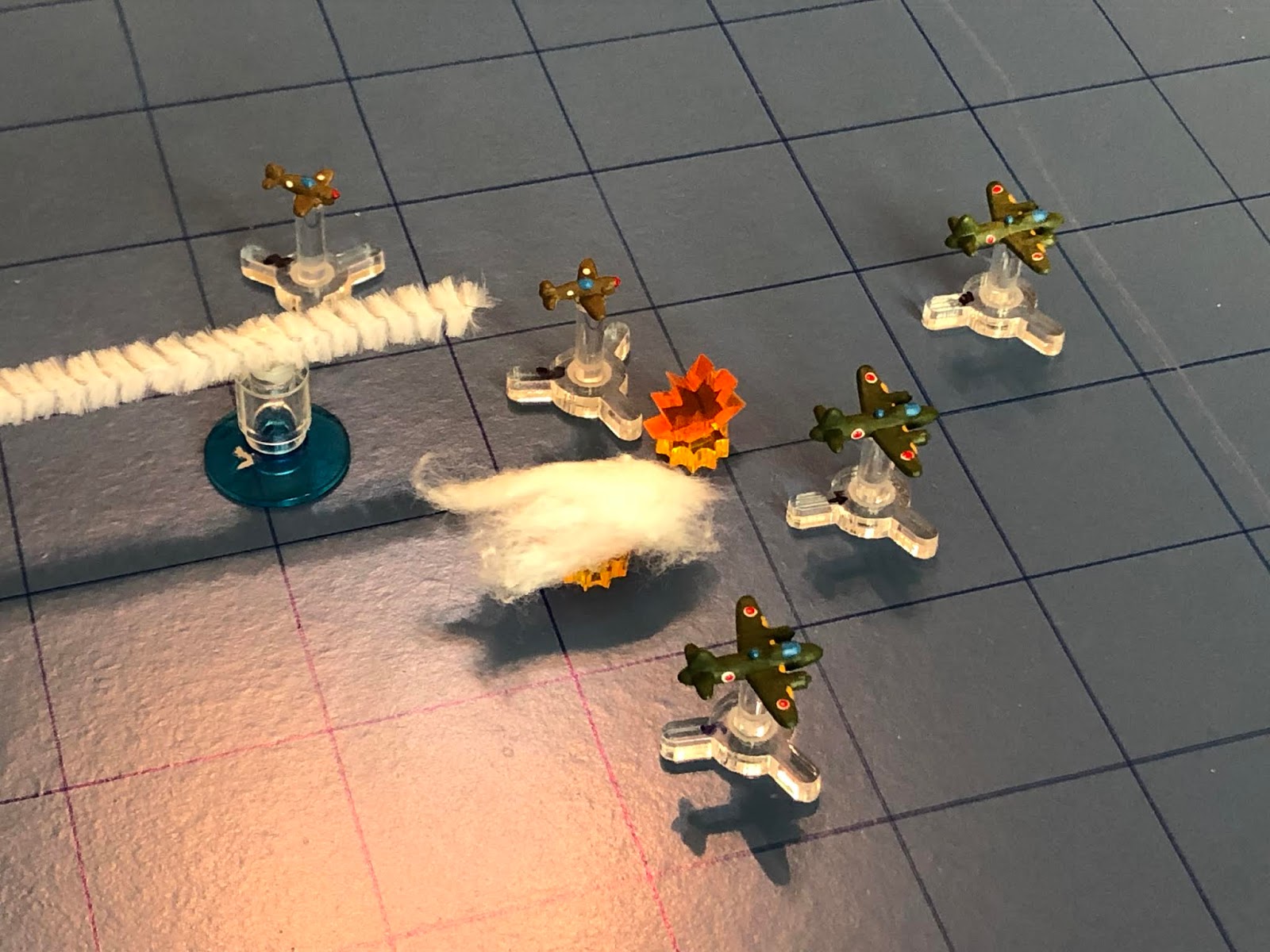 But the Americans are relentless, like a pack o’piranhas.

To get all the details, please check the blog at:
https://oldleadbreed.blogspot.com/2019/11/chickenhawks-over-new-guinea-7.html?m=1

The Americans are going back on the offensive, B-25s are loading up, hoping to not only get to the target area, but maybe actually hit something, too! Coming your way, either Sunday or Monday.