On 21 May, two young Lieutenants found themselves escorting a flight of five B-25 Mitchells over to Wewak again, where a pair of Zeros rise up to meet them. Both Zeros were downed, for the loss of a single P-40s, and all five bombers made it, though they didn’t score very well (only 12 more damage points, so 18/30 on the POL target).

On 22 May, five Bettys escorted by a single Zero were met by 1st Lt Daniel and three other P-40s. The Chickenhawks knocked down the lone Zero and three of the Bettys, turning back the last two, but they lost two of their own to defensive fire from the enemy bombers.

On 25 May, Lt Daniel led an escort of four P-40s with six B-25s against a Japanese Combat Air Patrol of four Zeros.  All four Zeros were shot down (two by the bomber crews!), and no P-40s were lost, but two B-25s were shot down and two more were damaged and forced to return to base, so their combat power was seriously reduced and only caused seven points of damage on the Wewak POL storage tanks (25/30 total).

Now it’s 26 May, and Major Jordan is leading a five-ship Combat Air Patrol up to intercept six inbound Bettys escorted by two Zeros. 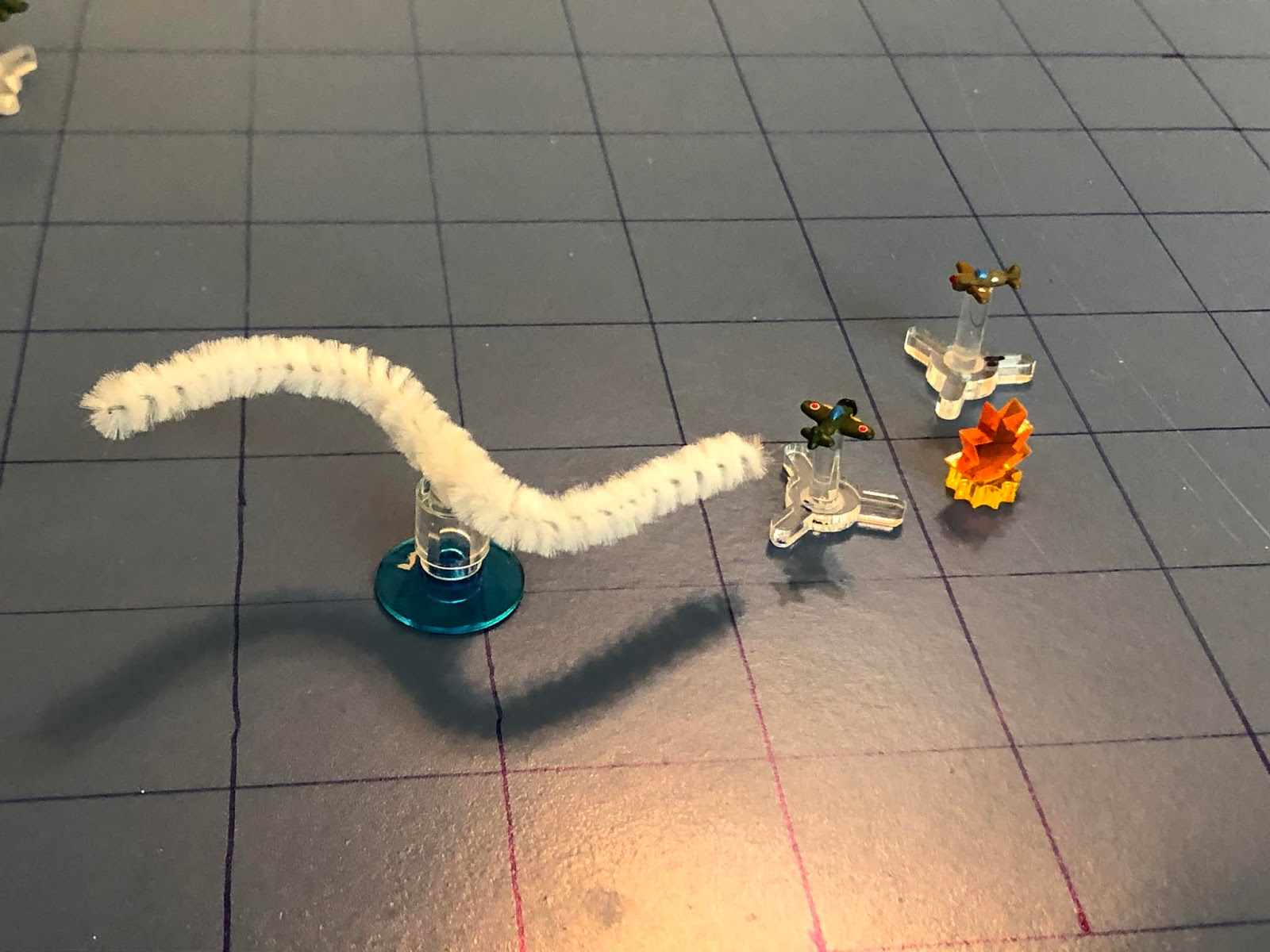 Those damn Zekes always seem to get the first punch in! 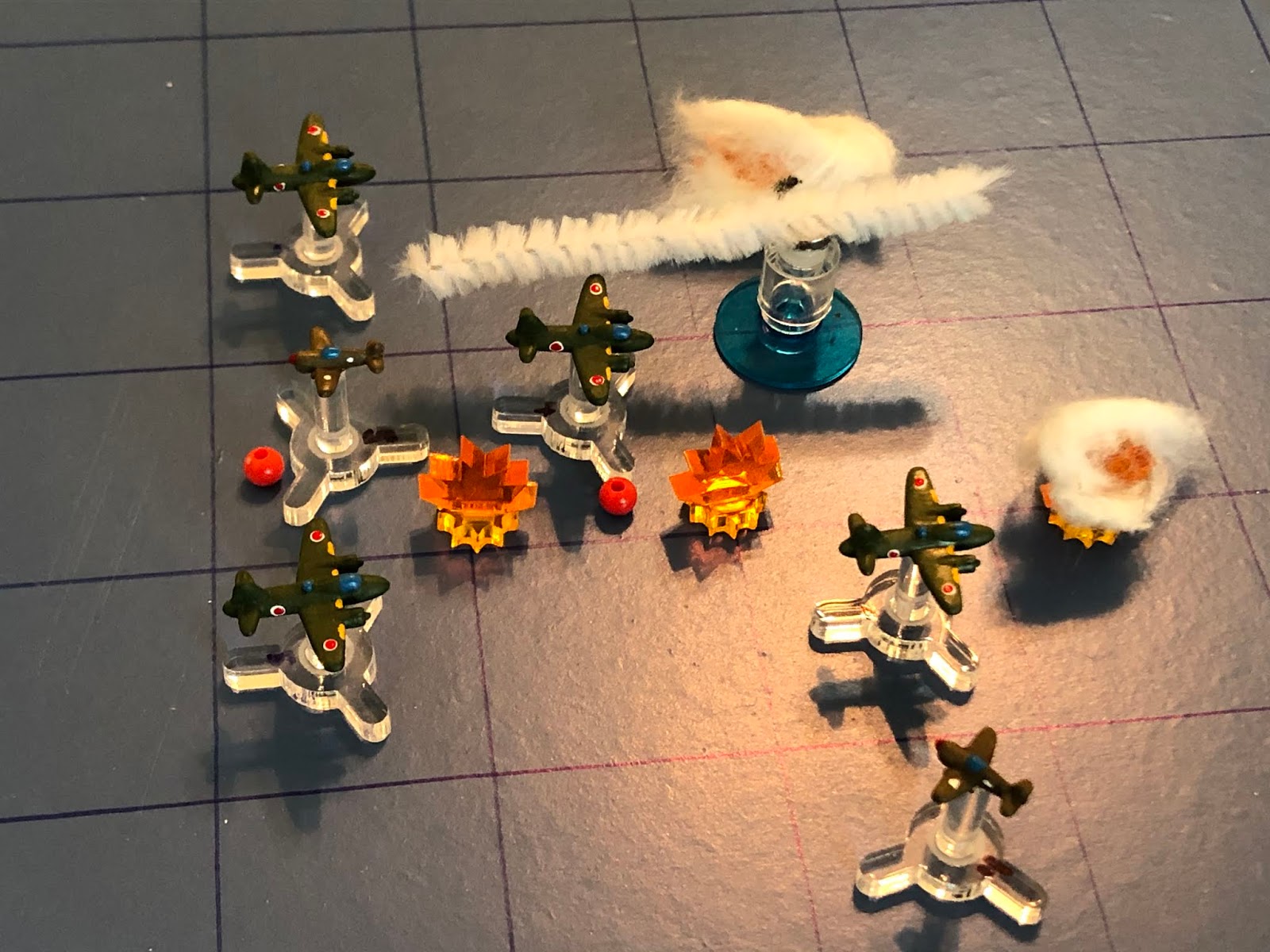 But the Yanks will not be denied, and push their way straight into the bombers, bringing hell with them! 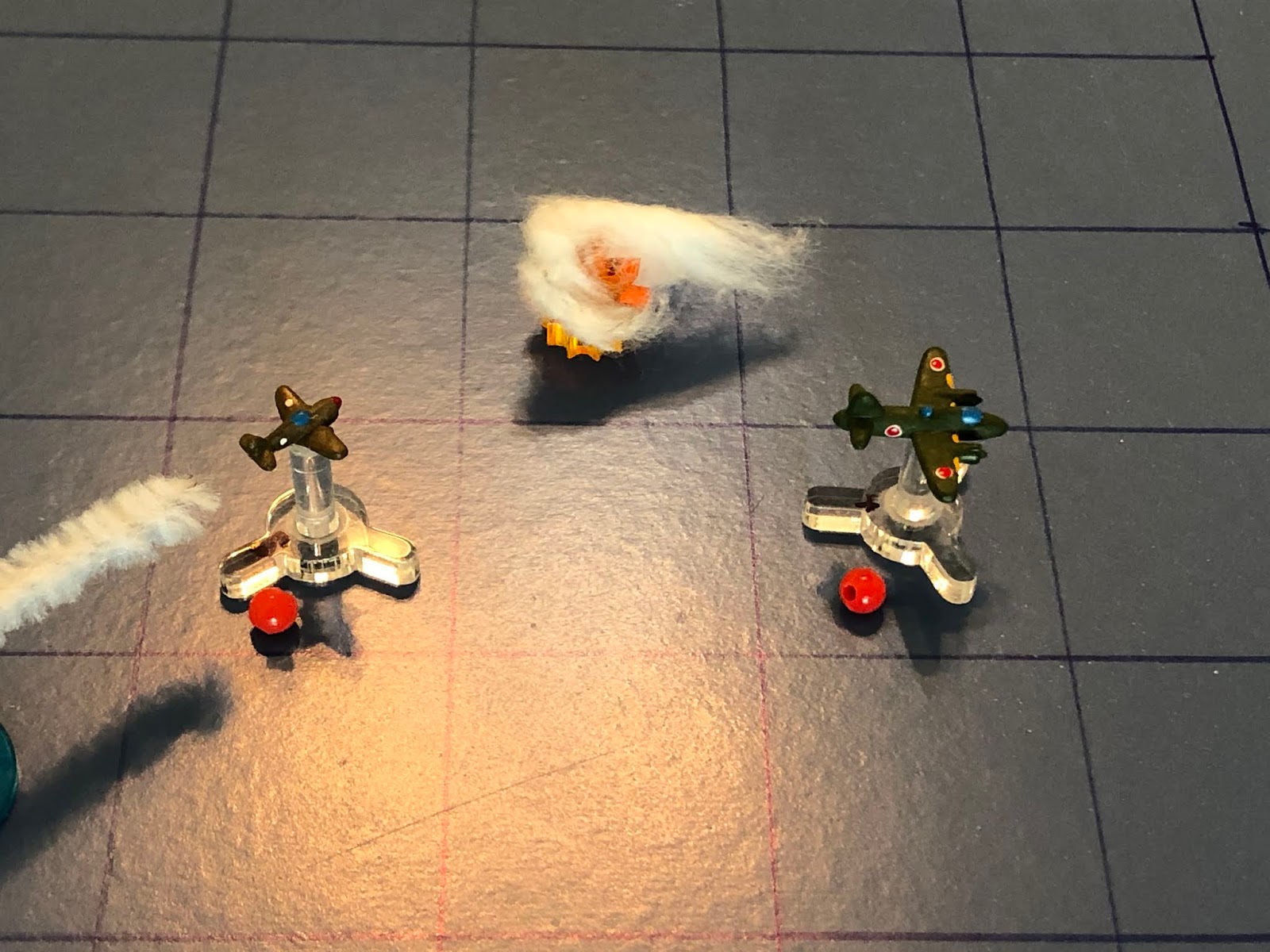 Lt Lageman has an historic day!

To see how the fight went, please check the blog at:
https://oldleadbreed.blogspot.com/2019/11/chickenhawks-over-new-guinea-9.html

The Chickenhawks lost 14 of their 18 aircraft, had six pilots WIA, three KIA (including an Ace), and one MIA (also an Ace, as well as their Squadron Leader).  At this point the 565th Tactical Fighter Squadron, after only 25 days of action, are completely combat ineffective, and thus they are being pulled back to Brisbane, Australia, for some rest and recuperation.