The next batch of figures are complete – about 650 of them including white crossbelts!

Looking at French OOBs for Wagram and Aspern it seems that there was often a light brigade per corp (well at least for the Grande Armee rules). 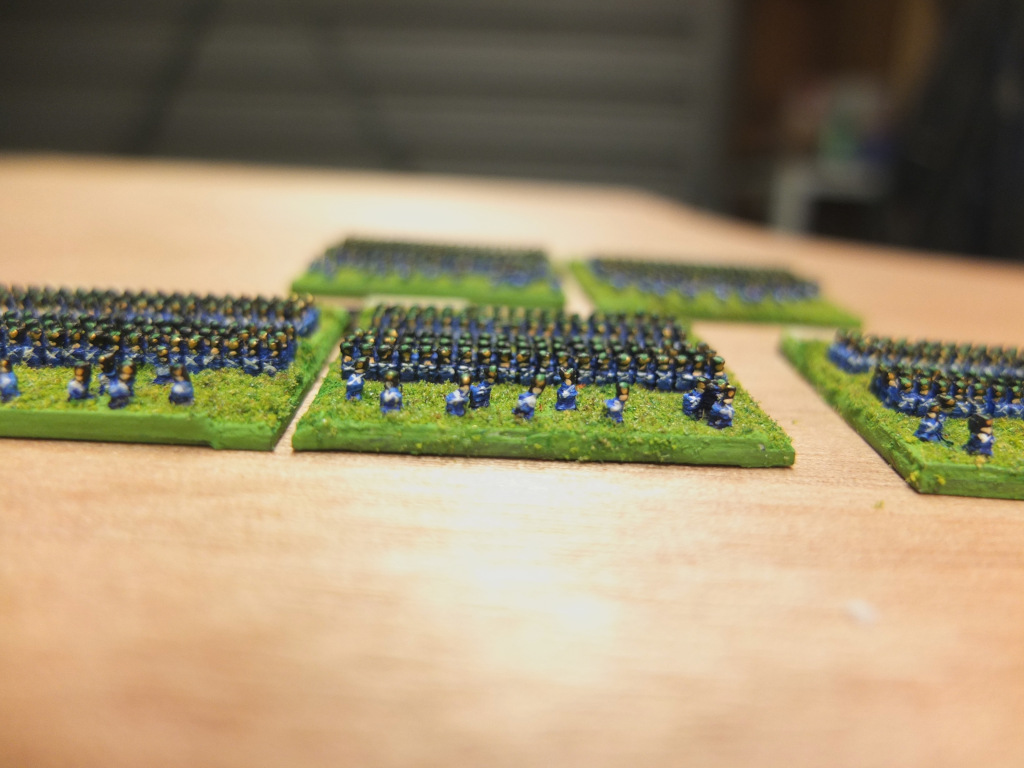 So I painted 5 bases worth of Light infantry brigades.

The figures were given a medium blue watered down coat over a white undercoat. Next I painted the backpacks and then blacked out the heads. the next strep was to paint the face, gold shako plate and a green pom-pom, followed by touchups. However the figures looked very plain at this point, so I came up with the crazy idea to paint the white belts on the figures. I used a very fine brush and painted “X”s on the front of the figures in the front rank. This wasn’t as bad as I thought it would be, and the figures looked much better. 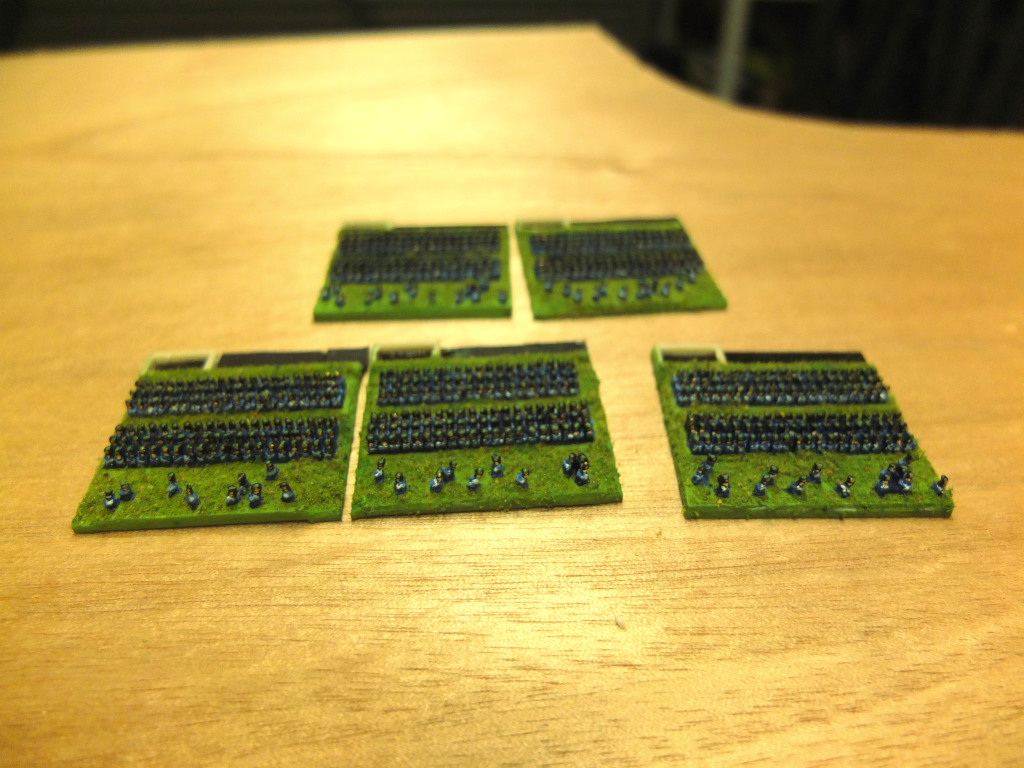 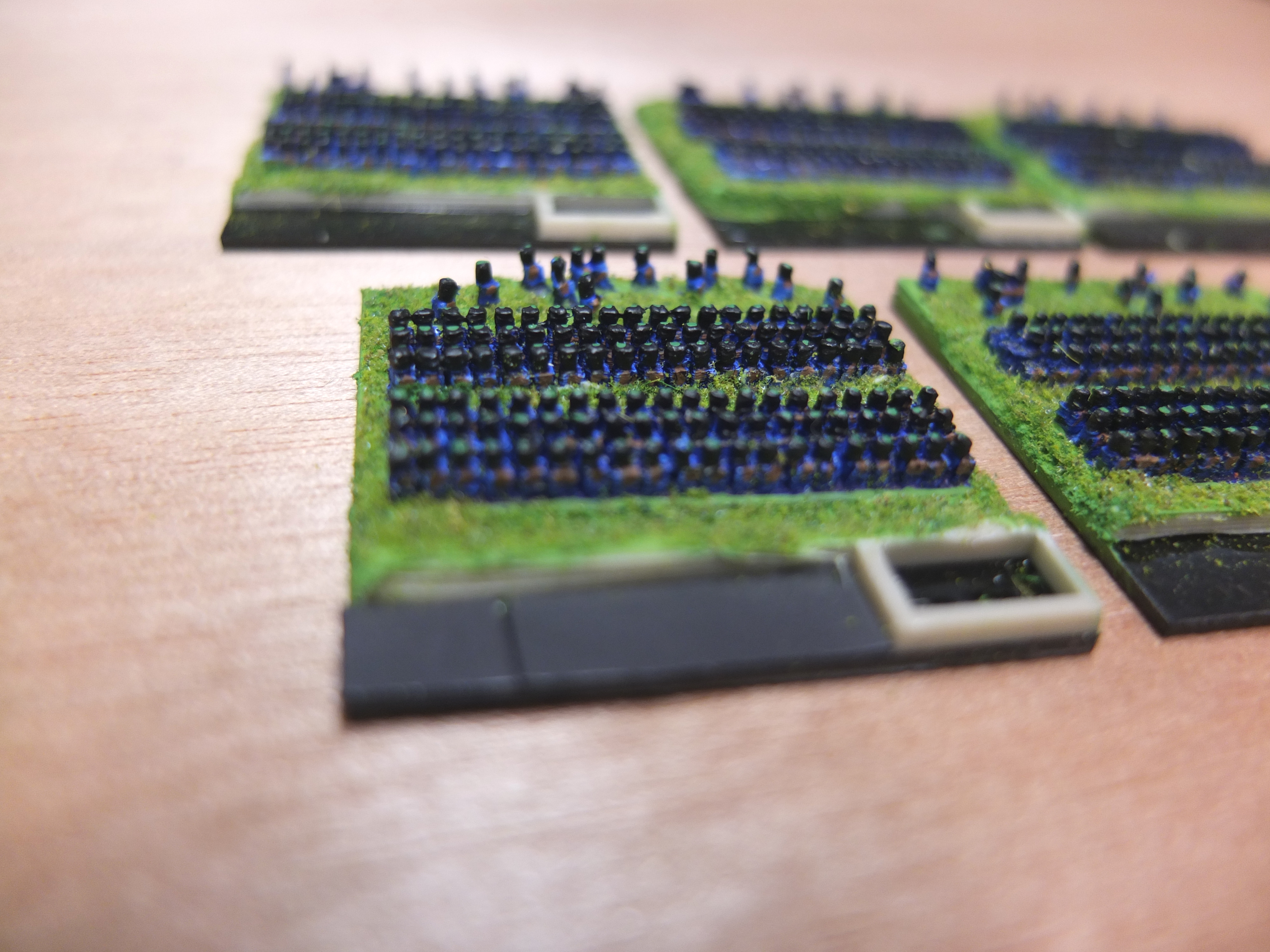 Not the greatest photos but I hope you like them