I don’t know if reload shuld be an action. It makes characters very vulnerable.
If reload is an action, I’m planning to group it all in the crouching pose along with stealth, supressed/pinned, first aid, etc. It’s a catch all pose, for anything involved.

Prone pose is for casulties only. They’re difficult to pickup, being flat and all.

Pistol pose is because I think it’s weird if a character is armed with pistol but the mini has a rifle. I’ll probably leave it though because I don’t want to be sculpting a mini for every combination of weapons, backpack, protective vest.

I knew I got the idea for the action figure game from somewhere. It has the potential of being the most realistic game you can get.

The plan is to have 18 NPCs in 3 groups of 6, civies, banditos and security force.
6-9 crouching generic NPCs
6-9 generic casualties 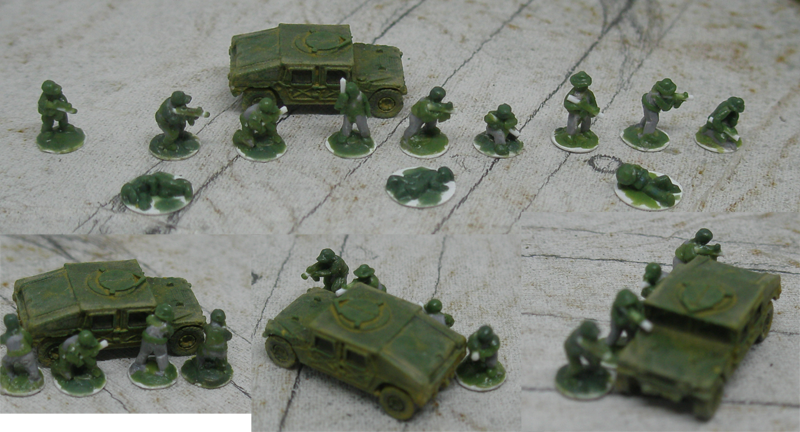